One Year of Diversified leveraged Anchor 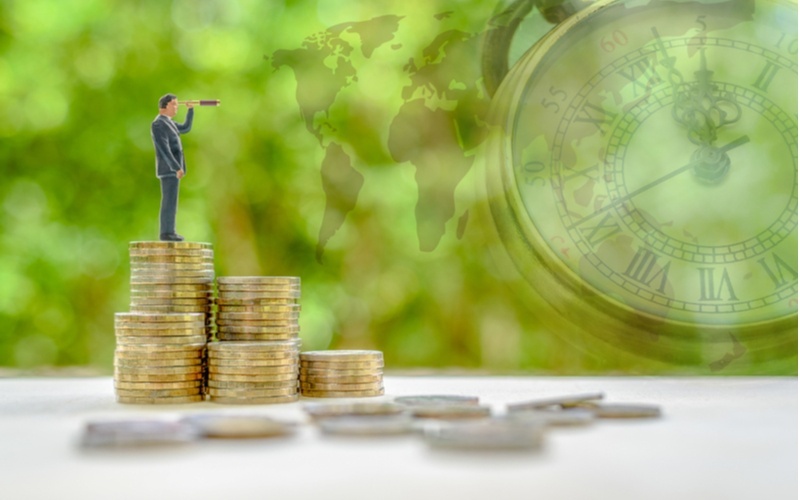 Historically diversified portfolios, over time, outperform concentrated portfolios with less risk and volatility.  The simple reason for such results is that different asset classes perform differently year to year: 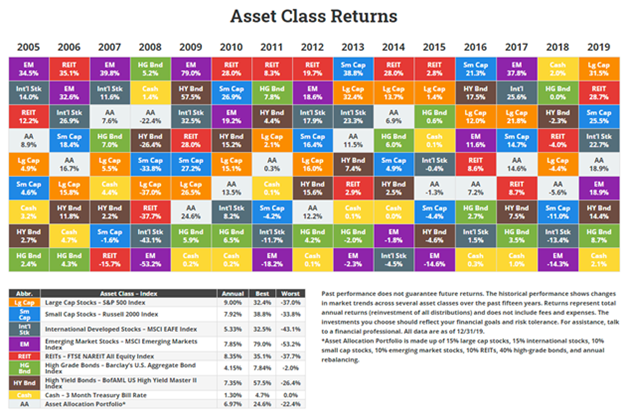 Regardless of which asset you picked from the above table, in some years it would perform well comparatively and others not as well.  This volatility can be (partially) eliminated through diversification.  Simply blending large caps, small caps, and international would significantly increase a portfolio performance over time.  Numerous studies (and a simple google search) can confirm this fact. 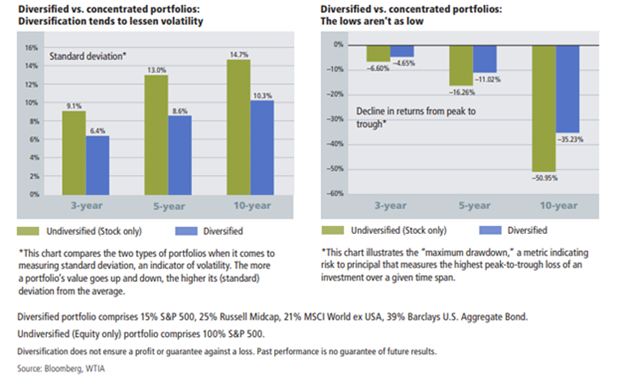 We took this basic investment premise in 2020 and applied it to Leveraged Anchor.  Unfortunately, we know that Leveraged Anchor does not “work” well on certain instruments (such as GLD or SLV) or those with already extremely low volatility, such as government bond indexes.  Thus, we elected to use a blend of the S&P 500 (SPY), the Russell 2000 (IWM/Small Caps), Large Cap International (EFA), and Technology (QQQ).  An argument could be made against QQQ as there is some overlap between it and SPY and that both are concentrated in US Large Caps.  However, it performs well with Anchor, and demonstrated low correlation with SPY at the time it was selected.  If it and SPY become highly correlated again, we may look to substitute a high-volume REIT ETF after testing.

One year after beginning trading, the results speak for themselves.  Here are the monthly returns for the Diversified Leveraged Anchor strategy:

All of the starting values were slightly different, as each was based upon whole contracts, with a target investment of each sector between $130,000 - $140,000.  Note these results do not include commissions.  Any one of the four sectors performance was impressive, but the blend of the four was even better.

An annual return of 57.70%, with a Sharpe ratio of 2.81, are returns no one should ever complain of – unless it was worse than just holding the underlying instruments, on a risk adjusted basis. Using published data from Morningstar, and starting with identical balances (so fractional shares were permitted), the returns of the underling ETFs over the same period were:

As can be seen, if an investor had simply put their holdings in the same ETFs, they would have only returned 43.70% -- without any hedging in place.

For a more succinct break down, over the last twelve months:

In other words, Leveraged Anchor worked on all four instruments, provided excess returns in a bull market, while still protecting against large drawdowns.

Not surprisingly, the higher volatility instruments had a larger spread over the underlying instrument.  This is primarily due to the higher credits received.  We should expect the opposite to occur in extended drawdowns – which is another reason to continue to diversify.

Because of the strategy’s continued success, in the very near future we will be launching this as a fund investment, with the goal of raising substantial capital.  All Steady Options members will be given the opportunity to invest in it first, as well as to help grow the fund via a solicitor arrangement if they so desire.

If anyone has any questions regarding the Diversified Leveraged Anchor strategy, please post your questions or email me at cwelsh@lorintinecapital.com.


Christopher Welsh is a licensed investment advisor and president of LorintineCapital, LP. He provides investment advice to clients all over the United States and around the world. Christopher has been in financial services since 2008 and is a CERTIFIED FINANCIAL PLANNER™. Working with a CFP® professional represents the highest standard of financial planning advice. Christopher has a J.D. from the SMU Dedman School of Law, a Bachelor of Science in Computer Science, and a Bachelor of Science in Economics. Christopher is a regular contributor to the Steady Options Anchor Trades and Lorintine CapitalBlog.