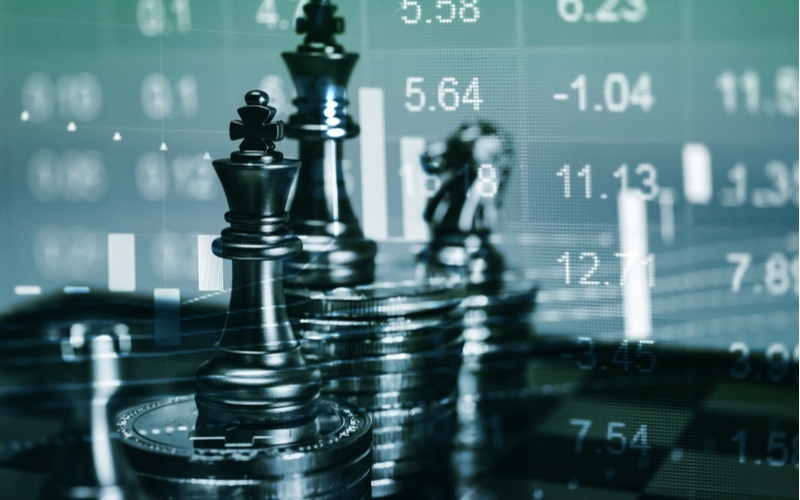 This week Steady Options implemented the newest iteration of the Anchor trades – the Leveraged Anchor. This will now officially be tracked. We will also continue to track the Traditional Anchor as well. It is our belief that the Leveraged Anchor will perform better, on a risk adjusted basis than Anchor has, particularly on the upside of the trade.

For those who don’t know what Anchor or the Leveraged Anchor is – a brief background: Anchor Trades were created to address a common desire, the ability to participate in up markets without being at major risk in down markets.  There are a plethora of insurance/annuity products that seek to address this, however such products are often hampered by fees, penalties for cashing out or trading out, and caps on gains.  Anchor was created to address those concerns.  Originally the plan was to take a long position (such as in SPY or other ETFs) and one hundred percent hedge the position using one year put options.  The problem with such an approach is the hedge typically cost between 7%-12% of the total portfolio, which makes it cost prohibitive…unless we can come up with a way to “pay for the hedge.”

Anchor attempts to pay for the hedge by selling calendar put spreads on the theory that short term volatility is priced at a higher premium than long term volatility.  By way of a simple example, a one year out at the money put might cost $12.00.  Yet that same at the money put only one month out likely cost $2.00.  So if you were to hedge your portfolio every month, as opposed to yearly, it would cost twice a much.  All other things being equal, you should be able to cover the cost of a long dated put by selling short dated puts.  Of course it’s not that easy in practice as the markets don’t stay flat.  But that is the basic premise behind Anchor.

Anchor’s primary defect, which was proved over the last 5-10 years of bull markets is that it consistently lags behind the market in up markets.  This makes sense as an Anchor portfolio is only 90% long and devotes about 10% to the hedge.  That means in the best case, Anchor is going to lag the market 10%.  In reality, it typically lags a bit more.  In prolonged bull markets, this leads people to abandon the strategy (often near a market crash).  So to address the concern, we began looking at how to increase performance in bull markets, without hurting to much in down markets.  (There always is a trade off, but the plan is to make it as little as possible).

As discussed in earlier comments on the Leveraged Anchor trade, it carries several benefits that Traditional Anchor and/or simply being long the market does not:

This is the thirty day performance of the Leveraged Anchor portfolio entered today, at different possible market prices.  Note what starts to happen as SPY continues to decline below the 200 point – the value of the portfolio actions starts increasing again.  By SPY 150 the portfolio is back into positive territory – even though the market has declined 40%.  In reality, this is unlikely to happen, but if a fifty percent or more market drop were to occur, this would be a great benefit.  (Note:  this happens with Traditional Anchor as well, just at a slower rate);

One question that must be addressed is just how much leverage to use?  Luckily this is very easy to model on a thirty day period:

Above is a table showing the performance of SPY, then using 25% leverage, 50%, and 75% leverage after certain market moves over a thirty day period.  After reviewing the above, and similar tables over longer periods of time, we made a decision that utilizing 50% leverage was optimal.  You of course can adjust, taking on more leverage, or less, as you see fit.  Note the above table does not include any gains from BIL dividends.  That should add around 10 to 20 basis points more performance per month on the leveraged versions.

A word of caution on the above table -- it cannot simply be extracted to longer periods of time because of the short puts.  This is particularly true on the down side.  When we roll the short puts after 25-30 days, we realize a loss on those positions.  If we re-enter the short puts, as the strategy calls for, and the market keeps going down, the above stated losses could increase.

The official trade we entered was posted this week on the forum.

BIL is currently yielding right around 2.3 percent after the most recent interest rate increases.  Given that almost half of our portfolio is invested in this, that will “goose” the portfolio an extra 1.15% per year.  It also provides quite a bit of flexibility to roll the long hedge up, cover losses on the short hedges, or to rebalance the whole portfolio after larger gains.

We’re looking forward to the coming year and continuing to work with everyone at Steady Options.