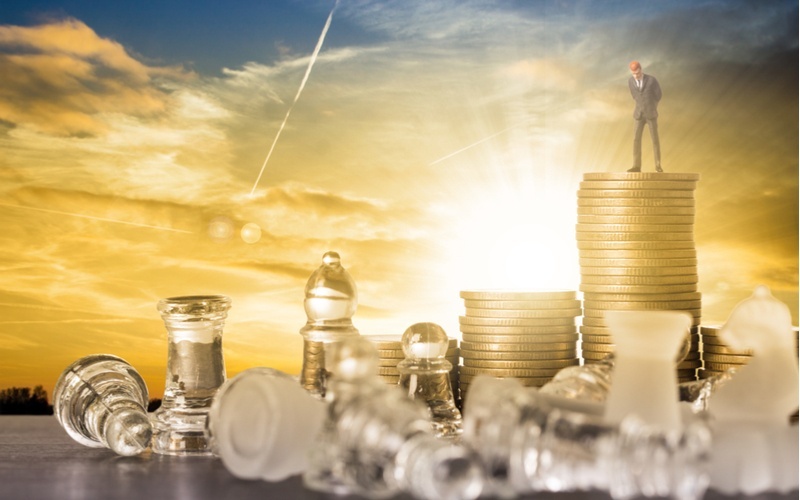 We wanted to provide a quick update on the Anchor strategy tweaks and improvements. We’ve now been tracking the two different leveraged Anchor Portfolios for close to six months – more than enough time to began a review of performance and make some definitive decisions.

First, what did we add and why did we do it?  Anchor has been performing quite well the past couple of years, particularly after some of the better minor adjustments we made.  But as discussed in earlier blogs, it has some definite flaws, the biggest one being that, even in the best conditions, it will always lag the stock market by at least ten percent or so.  This is because the strategy is only ninety percent long.  Anchor consists of investing ninety percent of capital in SPY, or a series of highly correlated ETFs, and the other ten percent in the long hedge (the long hedge varies from seven percent to ten percent depending on when entered).  This means if the market is up 10%, the most Anchor can be up is 9%.  This is just how the strategy is designed.

In our recent historically long bull market, this has frustrated many investors and has been considered a major defect in the strategy by a few investors (even if it is a conservative strategy).  So we began tracking leveraged versions of the strategy, using options.  We came up with two different versions of a leveraged strategy.  The first using a synthetic stock position – short an at the money put and long an at the money call.  Synthetic stock is significantly cheaper than buying actual stock, which enables you to put leveraged onto an account.  The second version was simply purchasing a deep in the money call (over fifty percent in the money).  By varying how far in the money we went, you can also lever up your account.

After close to six months of tracking the two levered accounts, the first thing that jumped out is just how poorly the synthetic stock position has performed when compared to the deep in the money long call position.  Our synthetic stock portfolio utilized a leverage ratio of about 5x.  We were long 20 contracts of the 275 SPY options. Whereas our deep in the money portfolio only utilized leverage of about 2x, being long 7 SPY contacts.  This leverage difference would account for some of the discrepancy in the two options, but not all of it.

At its low point the synthetic portfolio, dropped in value to $95,000 (low points measured by days on which trades actually occurred, not every day of the portfolio).  At this same point, the deep in the money portfolio was actually up almost one percent.  Theory does not suggest this should happen, but it did.  Going back through previous Anchor downturns, and plugging in similar portfolios, verifies that this actually will happen fairly regularly.  The way the short puts and long calls interact in the synthetic structure is simply more inefficient than deep in the money long calls.  Further, as the hedge does not perform well for the first 5% to 10% of market declines, the increased leverage is particularly detrimental.

Conclusion?  We’re abandoning the synthetic stock tracking and only tracking the deep in the money call position.

In reviewing the deep in the money call position, it performed spectacularly well through the most recent downturn.  Several factors contributed to that.  The first does contain an element of “luck.”  By implementing the rules on going to a 28 day short put position and rolling it after a fifty percent gain, we were able to “ride out” losses on the short puts and have them recover, thereby not realizing a loss.  If the downturn had lasted another 7-10 days, we would have had to realize the loss.  Luck is included in quotes though because the changes we implemented had already proven, more often than not, that this is exactly what would happen.

Typically if the market is down 2%-3%, the long puts don’t increase in value fast enough to offset the losses in our long positions.  In the most recent market moves though, the decline was quite rapid, more than 3%, and volatility significantly spiked.  This means that the value of our long puts did increase at a fast enough rate to offset the losses in the long position.  The fact that the long position values also slowdown their decline (as delta drops below 1), also benefited the portfolio, providing an added benefit that doesn’t exist in the normal Anchor.

All in and all, we’re quite happy with how the leveraged Anchor portfolio is going and we’re going to continue to track it.  Once there is a full year in, we’ll do further analysis on the amount of leverage used and determine if the “ideal” amount is 1.5x, 2.0x, 2.5x, or something else all together.