Revisiting Anchor (Thanks to ORATS Wheel) 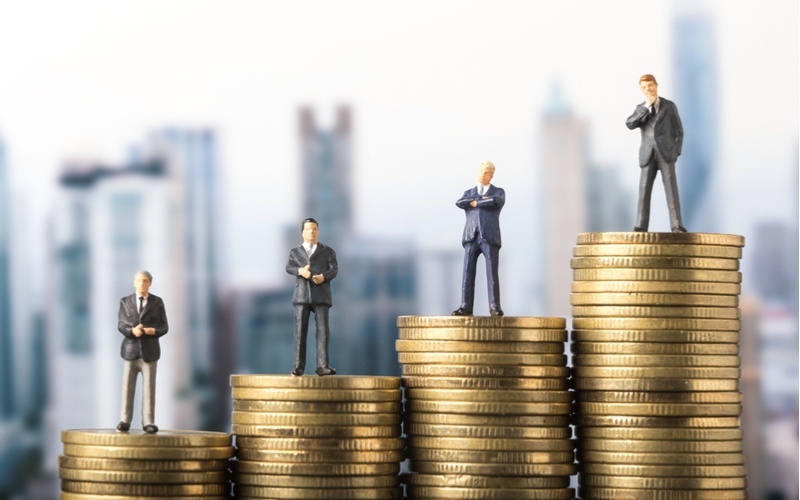 Over the past two months, we have been working on developing a put selling strategy to implement through Steady Options, using Anchor as a partial hedge against market decline.  However, back testing has been quite a pain, at least until I was directed to ORATS Wheel software.

It immediately became clear this could be used, not only for put selling testing, but to test Anchor over longer periods of time than previously done and try to find other areas to improve the strategy, which has been a core part of SteadyOptions for quite some time.  After two weeks of testing, much of what Anchor has evolved to over the past few years was validated, but we also identified some areas for improvement that should increase performance of the strategy.

In this article, and a future one next week, I will discuss the conclusions from our expanded optimization, back testing, and review.  Later articles will dive into the implications for the leveraged versions of the Anchor Strategy, as well as the benefits of expanding Anchor by diversifying into IWM, QQQ, DIA, and potentially other indexes.

I.  Selling Calls for Credit

Anyone who has been following Anchor recently knows we have been on a quest to find other ways to pay for the hedge.  The biggest drag on the strategy is the hedge, and any way we can improve paying for the hedge cost helps.  In this decade long bull market, paying for the hedge has been particularly problematic, more so in recent years.  For the past few months, we’ve been structuring and testing a variety of call selling strategies in an effort to extract a few more basis points of performance out of Anchor.  Initial paper trading had us optimistic, as well as the manual testing done over the previous nine months.  Further, the CBOE maintains covered call indexes, which seemed to indicate that the strategy should work.  We were optimistic enough to start tracking it on the forums in the leveraged anchor accounts.

What a thorough back testing demonstrated was that selling naked calls on indexes, SPY in particular, is a losing strategy, or at best a breakeven one, since 2007.  This is true over shorter periods of time as well, such as since 2012.  If calls, three weeks and one standard deviation out are used, since 2012, the strategy would have lost a 1.6% per year.  If data from 2007 is used, so as to capture 2008 and 2009, the strategy still would have lost 0.20% per year.

Trying further out in time over periods such as 28 days, 45 days, or 60 days were all losers.  What about putting in stop losses or profit targets – also all losers.  In fact, only through extreme curve fitting, was I able to identify any possible profitable naked call selling strategy at all, and only if you use the data set from 2007 to the present – even then performance would only have gone to 0.55% per year.  Then if you remove 2008 from the data set, results immediately went back to negative performance.

Changing from an at the money position, to a 30 delta position did not help much either.  Since 2007, selling a 30 delta one month call, would have netted you only 0.22% per year – essentially flat.  Changing the delta to 10 or 60 did not help either.


The conclusion?  Simple Anchor will not be selling calls as a way to gain additional income to help cover the cost of the hedge and such strategies will be removed from the leveraged versions of Anchor.

A few years ago, we switched from selling puts either one or two weeks out to three weeks till expiration.  Doing so gives the strategy more time to “be patient” in the event of small market moves down and not realize losses that did not have to be realized simply due to normal market fluctuations.  When making the selection on how many days “was optimal” we used the past 18 months of actual Anchor data for back testing purposes.  ORATS confirmed that over that 18 month period, 21 days was the optimal time to use.  However, with more data at hand, we have been able to confirm that 28 days is a significantly better time period over history than a 21 day period.

Merely by increasing from 21 days to 28 days, those numbers increase to 11.08% and 2.14 for 2012 to the present and 8.52% and 0.93 for 2007 to the present.  This is a massive increase.  It was enough of an increase to make us question the results.  If this was a more “optimum” period, as theorized, such results should hold across other, similar instruments.  For both QQQ and IWM, the results held.  28 days achieved much better returns on a put selling period than 21.

We also learned that rolling the short puts on a set day (Friday), anytime you can for a gain, is not close to an optimal roll period.  Significant improvements can be gained by ensuring the profits are somewhere between 25%-35% prior to rolling.  Interestingly, waiting till profits are in excess of 50% began to have a negative impact on results.  (Profits are defined as a percentage of credit received.  So if we receive $1.00 for selling a put, a thirty percent gain would occur when the price declined to $0.70)

Anchor’s current put selling strategy has us making an adjustment each Friday.  If there’s a gain in the position, we roll, and if not, we hold – simple rules.  Unfortunately, by adhering to “simpler” rules in an effort to make the strategy easier to manage for everyone, we cost ourselves significant performance.  If we rolled when a profit target was reached, regardless of day, as opposed to on a Friday at any profit point, we would have increased our returns to 11.08% and Sharpe Ratio to 2.14 from the 6.87% return and 0.7 Sharpe Ratio we have experienced since 2012 on put selling.  Using the same put selling ratio we have, that means by doing Friday roles, instead of a profit target, we’ve cost ourselves between 1.5% to 2.0% per year in total performance.

One thing to be careful with software such as ORATS is over mining and getting confused by the noise.  For instance, why not pick 25% or 33% profit target instead of 30%?  Once you get that granular, randomness becomes a factor.  One year 25% might work significantly better and another 33% and yet another 30%.  Given that there are only 12-24 trades per year, which profit target hit on that tight of a range is a bit of “luck.” For instance, if we sold a put for $1.80, a 25% profit would have the price dropping to $1.35 and at 33%, $1.21.  Prices move that much intraday frequently, so trying to target the “exact” price to do everything is a fool’s errand.

The inability and/or inaccuracy in trying to overly optimize is a concern in getting exact performance numbers.  It is not a concern in identifying major trends.  If profit targets between 1%-20% all underperform profit targets from 25%-35%, over multiple periods, clearly we should be using 25%-35%.  Similarly if all results are worse over 50%, then 50% is too high.  Using different instruments (IWN and QQQ) provided further verification for this process, providing a higher degree of confidence.

There is also a concern that any back testing is simply “curve fitting,” and that is one hundred percent true.  The data we have discussed is pulling out the optimal curve.  Some of this can be combated by using different time periods (e.g. 2007 to present and 2012 to present, or even smaller periods).  If the conclusions founds hold over various time periods and various instruments (QQQ and IWM), it is more likely than not that the results are not merely curve fit, but instead due to consistent trends.  However, as we all know, previous results are no guarantee of future performance – they merely increase our chances.

In verifying our hypothesis about 28 days and profit target rolling, we went even more granular, across SPY, QQQ, and IWM.  To our relief, the results generally stood.  28 day periods are more optimal than 7, 14, 21, 35 or 45 over the vast majority of time periods.  There are years “here and there” were 21 days were better and one year on IWM were 35 days was a better period.  But even in those years, 28 days was the second best performing.  Over any multiple year period (from 2007 to the present), our conclusions held.  The same held true for profit margins.  Maybe one year 20% was the best and another 45% the best, but in all multi-year periods we looked at, using a profit margin of “around” 30% was much better than a static day roll with no profit margin requirement.

Because of this, starting this Friday, we will be modifying Anchor’s rolling rules.  Moving forward, we will be rolling to 28 days out and rolling once profits have gotten above 30%.  This means we may be rolling on days other than Friday moving forward if profit targets are obtained.  We could even roll several days in a row in a bull market.  If profit targets are not hit, we will continue to hold, as the strategy currently operates.

Next week we’ll discuss other Anchor modifications we will be implementing to ideally further improve Anchor’s average performance.

EndUser, christrades and ChrisE reacted to this
Report Article
Sign in to follow this
Followers 2
Go to articles Trading Blog