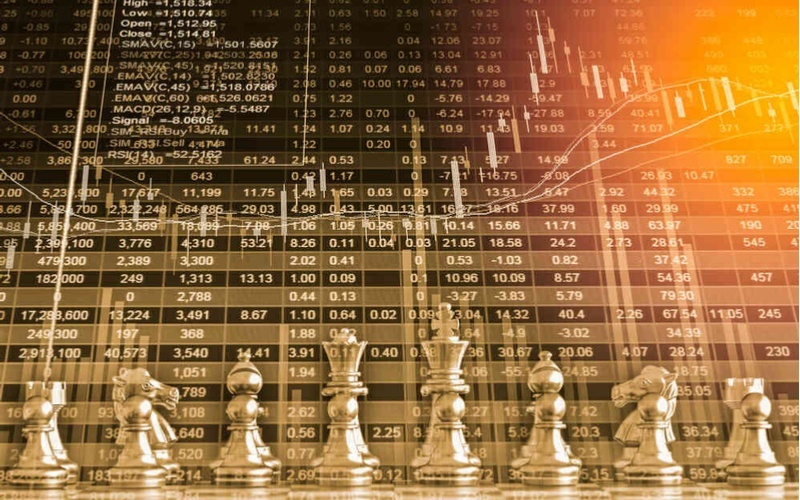 Steady Options has now been tracking the Leveraged Anchor from the unlevered version for three months.  The results so far have substantially beat expectations, though there is a possibility for improvements discussed at the end of this piece.

For those who may not be familiar, the original Anchor strategy invested approximately ninety percent of its holding in broad market S&P 500 ETFs and hedged 100% of that value using long dated put options (typically a year out) with the other ten percent of the funds (depending on market conditions, a full year at the money hedge can range from 5% to 12% of the value of the portfolio).  Over time, we would attempt to pay for this hedge using a short put selling strategy.

Over the years, a few shortcomings in Anchor were identified.  First and foremost was the certainty that it would always lag the S&P 500.  Since only 90% of the investment is in S&P 500 ETFs, at the very best, Anchor would lag 10% behind.  Also, in bull markets where the long hedge had to be frequently rolled, the cost of hedging could become prohibitive.


To combat these issues, Leveraged Anchor was developed.  Instead of owning actual ETFs, deep in the money calls are purchased.  Depending on their risk tolerances, this allows investors to end up owning the equivalent of 125%-200% of just long, without using all of their investment capital.  (Options allow for leverage).  Extra funds can be invested in secure assets, such as BIL, which currently yield around 2.25%.  The second change implemented was no longer buying an at-the-money hedge, instead buying approximately five percent down.  This means the portfolio can suffer a five percent loss that the older Anchor would not have, but given that it makes the cost of the hedge significantly less, we felt as if the slight increase in loss was more than increased by the savings in the hedge.  This has largely eliminated the drag on the portfolio from the cost of hedging.


Prior to implementing the changes to Leveraged Anchor, a decade long back-test was conducted followed by six months of paper trading.  Three months in, having gone to live trading, these changes have been performing exactly as anticipated. Since January 1, 2019 when we started officially tracking the leveraged version of the Anchor, the Anchor model portfolio produced a 14.9% gain, compared to 13.1% gain of S&P 500. In that three month period, despite having to roll the long hedge up once (and thereby incurring a new cost very quickly into the year), Leveraged Anchor has outperformed the S&P 500, while maintaining its hedge.  We would have been content, given the fast roll, to be lagging slightly at this point, but that has not occurred.  So far (and it’s a very short so far period), actual performance has exceeded expectations.


However, we are always striving to improve the strategy.  When analyzing the current trade setup, the biggest potential risk comes from the short positions.  Short positions, when rolled, are typically rolled one to two strikes (around a 55 delta) in the money.  This means, if the market falls, these short puts will lose value quickly, thereby harming the portfolio.  The risk of loss on the short puts is limited, because they also are hedged.

In traditional Anchor, the short puts were hedged at the money, just as the underlying ETFs were.  When switching to Leveraged Anchor, we also moved the hedge on the short puts to 5% out of the money.

Practicality, this means as the market goes up, our risk from the short puts increases.  Here’s a simple example:

In other words, we are at the exact same starting price of the S&P 500, but we’ve lost money (not $17, because we would have made some money selling puts as the market rose, but we still would have lost).  Whereas, any investor that had just owned SPY would be flat.

If possible, we’d like to avoid this situation as much as possible.


In initial testing, it’s beginning to look like having a 5% out of the money hedge for the long portion (which is the most expensive part) and an at the money hedge for the short puts, may be more advantageous.  Similarly, we roll the long hedge after the market has moved up around 7.5% and always by 10%.  It may be prudent to roll up the hedge on the short puts more frequently – at closer to the 5% mark.  This would reduce losses on short term, and smaller amount, downward market fluctuations, without significantly increasing the cost of the portfolio.


The disadvantages to such a move are (a) it does increase cost, which will hurt performance, and (b) it increases the trades complexity through the number of moving parts and adjustments which occur.  However, if we can reduce risk further while still tracking the S&P 500 in up markets, we still meet our overall objectives.


I would like to invite our members to comment and question on these possible small changes.  Many of our improvements to the strategy have come through investor critiques and suggestions.  Feel free to ask questions and to share your thoughts.

If you are not a member yet, we invite you to give it a chance.

Christopher B. Welsh is a SteadyOptions contributor. He is a licensed investment advisor in the State of Texas and is the president of a small investment firm, Lorintine Capital, LP which is a general partner of two separate private funds. He offers investment advice to his clients, both in the law practice and outside of it. Chris is an active litigator and assists his clients with all aspects of their business, from start-up through closing. Chris is managing the Anchor Trades portfolio.