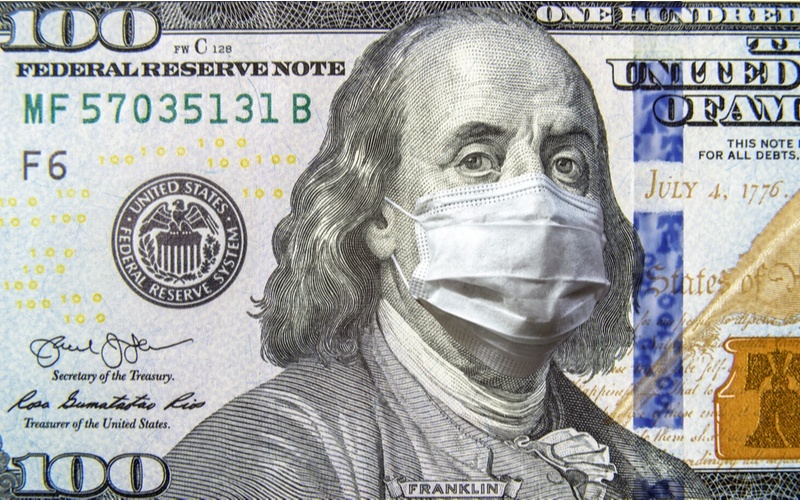 Anyone who has been trading the Anchor Strategy over the past few months should be extremely happy with its performance.  Now that many have realized how well it performs in down markets, one of the most common questions is “what should I do now?”

Prior to answering that question though, we must revisit what exactly Anchor is, and what it is not.  The Anchor Strategy is a hedging strategy that hedges on a year to year basis.  Many investors have been puzzled as to why Anchor has not been going up with the market over the past week (as SPY has gone from around 220 to 260, Anchor accounts have either remained flat or even gone down slightly).  That is to be expected from how the strategy is designed.  No investor should see substantial gains in their portfolio until SPY starts moving above where the trade was opened.

For example, if you opened the Anchor Strategy when SPY was at 300, using the 285 puts, and the market crashes ten percent or more, you should expect your account to stay approximately the same as when the account was opened.  We saw this occur when the markets dropped 30% or more and the Anchor accounts actually went up slightly in value.  However, as the markets start going back up toward the 300 level when your account was opened, Anchor will not go up in value.  That’s simply because the puts are going to be losing value at the same rate (if not faster) than the long positions gain.  In other words, until SPY gets back above 300, you should not expect your account to increase in value.

This frustrates many investors.  Everyone loves the 30% outperformance on the way down, but hates the 20% under performance on the way back up.  But remember, the strategy is a year to year hedging strategy.  It was not designed to profit after a large market decline, but rather was designed to protect capital in down markets and when new highs are reached (new highs based on the point of your initial year hedging), then you should expect gains.

Quite a few investors though are not happy with this result.  They want the protection in down markets, but also to gain as the markets go back up.  The last week in the market, as SPY has gone from 222 to 260, has been a great example of exactly how this occurs.  Take the model portfolio – on March 23, 2020 it was worth $141,684.  Over the next seven days, an incredible bull market occurred, as SPY rose 17%.  After the roll of the short puts on March 30, the model portfolio has dropped in value to $124,847,  a drop of 11.88% in a week.  This places Anchor down 8.3% on the year (down 5.4% in the first quarter) and the market down 18.75% (320 to 260).  Given that Anchor’s hedge doesn’t even kick in until a 5% drop in the market, this result is exactly in line with what is expected.  However, no investor in Anchor is happy at the 11.88% loss in a week as investors mistakenly believe Anchor provides protection against that.  It does not.  Anchor is a  year to year strategy not a week to week.  The strategy is beating the markets by 7% and protecting against large declines.  If the markets reverse back down, the strategy will greatly excel again.

So how is an investor to profit as markets rebound? The only way to do this is to adjust/reset the Anchor Strategy.  However, as noted numerous times, “resetting” or opening a new Anchor account after a large decline is quite expensive and sets investors up for underperformance.  So what are investors to do?  Below is a brief analysis of the four different options available:

I am not an advocate of changing strategy mid-flight.  The Anchor Strategy is a capital preservation strategy and it is doing that spectacularly.    If an investor were to take either of the below options, and the market declines further, they would be in a significantly worse position than if they did nothing, thereby losing some capital.

If you reset the position, to a lower hedge (a) the cost of the hedge is much higher, which will act as a drag on the portfolio as paying for the hedge is more difficult and (b) if the market drops further, the account will drop more than if no changes had been made.  The reason for this is two-fold.  First, we open the hedge 5% out of the money.  This means if the market drops 5%, the account will essentially have little to no protection.  The investor will just “lose” that five percent again (having lost that five percent on the initial decline).

If the investor is in a capital preservation mode, and does not want to increase risk, the best option is to simply continue to manage the strategy as designed.

Many investors though want (or expect) gains to come from investments when the market is going up, even if they have greatly outperformed over the past 30-60 days.  The thought process normally goes like this:

If this fits your profile, closing out the existing Anchor position and “resetting” it to a new position would not be a bad decision.  (I am strongly leaning toward this in my personal account.  But I do not need the money to live on, I have decades left before retirement, and I would rather take the chance to gain even more and take on the risk of losing 10% -- but that is not the case for everyone – each investor needs to take their own situation into account).

How would this be accomplished?  Simple…liquidate the current Anchor Strategy and simply re-enter.  As noted above, the current model portfolio is valued at a few dollars under $125,000.  If an investor were to launch a new Levered Anchor Position on $125,000, it would look like:

If an investor were to use 9 long calls, to increase the leverage, then that investor should also increase the short hedge and short contracts to 5.  All investors should remember, over time, Anchor tries to target needing a short credit of $0.80/contract/week when initializing the position.  The above requires double that to pay for the hedge.  This means the hedge is basically twice as expensive to pay for.  As long as volatility remains high, that’s easily doable.  However, as markets rebound, short put credits greatly decline in value.

I would not expect to be able to pay for the above hedge over the next year, particularly if it has to be rolled up as markets go up.  However, while this means investors will lag the performance of the market as the markets go up, their total performance over the year, including the market downturn, should be better.  E.g. Anchor is currently outperforming by 7%.  If it lags the market by 5% on the uptick, the adjustment still leads to market outperformance, and investors do not have to watch their account stay the same (or go down) as the markets rise.

Option 3 - Sell Puts that are Deeper in the Money

Traditionally Anchor sells puts that are around a .55 delta (1-2 strikes in the money), 24 days out, and rolls such puts once the strategy has captured most of the time value of the short puts.  Investors could profit some more by selling puts that are further in the money.  For instance, instead of selling the 262 puts, an investor may sell the 280 put.  If the markets rise swiftly, having sold further in the money will be more profitable than aggressively rolling the short puts.

The risks to such strategy include:

The biggest drag on option II above is the cost of the hedge.  Several investors have expressed a desire to take on more risk and not hedge.  The logic of this strategy goes:

How would this decision be accomplished?  Similar to above, liquidate the current Anchor Strategy and simply re-enter the long positions without purchasing the hedge.  As noted above, the current model portfolio is valued at a few dollars under $125,000.  If an investor were to launch a new Levered Anchor Position on $125,000, it would look like:

There is substantial risk to the above.  If the markets drop from 260 to 220, investors should expect their long calls to decline to $60.50 (approximately), a drop in their portfolio of over 21% -- more than the market drops.  If this strategy were to be implemented, I would highly suggest taking on less leverage.  By reducing the leverage to 45%, the 21% loss would be reduced to 19%.  By reducing to six contracts, the loss would be reduced to 16%.

Another risk to keep in mind is that in the event of a large market drop (below SPY 170), the investor’s account could be looking at 50% total losses.

To combat such risks, an investor could temporarily eliminate leverage and buy SPY shares.  Or the investor could implement a partial hedge.  Even a 50% hedge would help alleviate some of the risk.  Further, when volatility drops, and the long hedge becomes more affordable, long puts should be purchased.

If an investor was in the Anchor Strategy to preserve capital, switching to a long only position to try to “gain” when the markets gains is not a smart decision.

Another common question is “when should I make the decision to re-structure Anchor?  The proper answer is “at the bottom tick of the market.”  Of course, if an investor knows when the bottom is going to hit, there are much better ways to take advantage of the situation.

The next best time to enter is at the same time as an investor would enter the Anchor Strategy normally – namely after one or more up days in a row, when volatility has declined.  In the model account, we are taking the following steps:

Remember the purpose of Anchor – capital preservation and positive returns as the market goes above each investor’s entry point.


Christopher Welsh is a licensed investment advisor and president of LorintineCapital, LP. He provides investment advice to clients all over the United States and around the world. Christopher has been in financial services since 2008 and is a CERTIFIED FINANCIAL PLANNER™. Working with a CFP® professional represents the highest standard of financial planning advice. Christopher has a J.D. from the SMU Dedman School of Law, a Bachelor of Science in Computer Science, and a Bachelor of Science in Economics. Christopher is a regular contributor to the Steady Options Anchor Trades and Lorintine CapitalBlog.