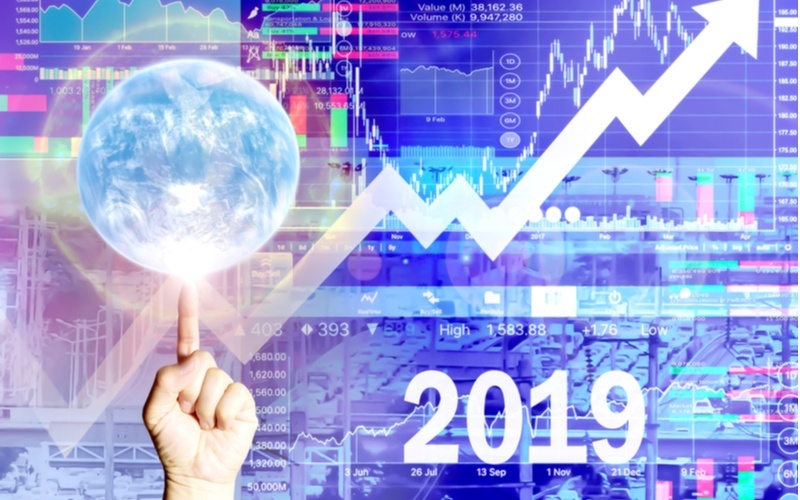 Steady Options now has a full year of trading the Leveraged Anchor Account under its belt. (Technically since today is December 30, the values used herein are one day off.) To say things went as designed is an understatement - the strategy outperformed the S&P 500 in 2019 by 7.2% while being hedged.

The new tracking account was opened on January 2, 2019 when SPY was right at $249.00 with a balance of $100,000.  In the tracking account, trading commissions were ignored.  The initial portfolio looked like:

I have a couple of comments on our initial portfolio.  First, our initial hedge was only 1.6% out of the money.  During the year we changed that to 5%, allowing for a loss in the event of a small market decline but trading it off for a higher upside.  Second, during the year we also “split” the hedge of the short puts and the long portfolio.  The short put hedge stayed at the money, as one of the bigger risks to the portfolio is a large spread between the short put that is sold during the week and the actual put hedging it.


Almost immediately after opening the position and continuing throughout the year, the market took off upwards, moving over 2.5% up in the first week alone.  In fact, the market moved up so quickly, we ended up having to roll the long hedge after the first month, rolling to the January 20 258 Puts when SPY hit 270.  It was at this roll that we adopted the five percent out of the money hedge.


The market kept moving up, resulting in us having to roll the long hedge again on April 2, 2019 when SPY hit 285.  At this point we “split” the hedge and our portfolio looked like:


The market did not stop its rise, leading to another roll of the hedge on November 1, 2019.  That makes three rolls up of the long hedge during one calendar year – a record number for Anchor and one that we would expect to act as a drag on the account.  However, due to the leverage employed, any drag was minimal.


December 30, 2019 came around, necessitating a roll of the long call position. Due to portfolio gains, the strategy also had to purchase some additional long puts to continue to hedge the entire position.  After this roll, with SPY at $320.74, the portfolio looked like:

Thoughts and opinions on rolling the hedge more frequently, or on any other concerns or ideas for the strategy are always appreciated, as we are always looking to improve the strategy further.

Thanks everyone for a great year, and let’s hope next year performs just as well.