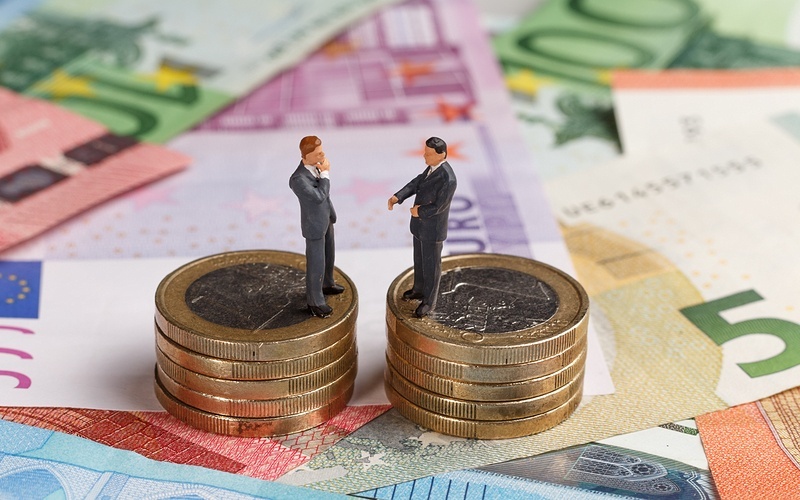 Iron Condors have gained a lot of popularity among professional money managers and retail investors. It is a market neutral strategy that allows you to profit when the underlying price moves sideways. Iron Condors usually have a limited risk and a high probability of success.

The Iron Condor is a combination of a bull put spread and a bear call spread. The basic construction is:

All options expire at the same month. The distance is usually the same between the short and the long legs of the calls and the puts. 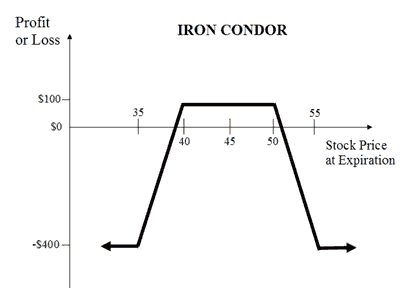 The Iron Condor option strategy is a theta positive gamma negative and vega negative strategy. That means that it benefit from time decay, but suffers if the underlying moves too much and/or Implied Volatility increases.

One approach that can maximize credit received and the profit range of the iron condor, is to leg into the position. "Legging in" refers to creating the put spread and the call spread at times that when market makers are inflating the prices of either the sold call or put. However, most experts agree that this approach hardly justifies the risk.

So before you start trading with the Iron Condor option strategy, there are two most important things you need to decide about:

The time can vary between one week and three months. Those are the extremes, most people go for 3-10 weeks.

Going with close expiration will give you larger theta per day. So you might earn 5% in one week or 10% in month or 15% in two months. Obviously 5% every week is better than 10% every month. But there is a catch. Less time to expiration equals larger negative gamma. That means that a sharp move of the underlying will cause much larger loss.

If the underlying doesn't move, then theta will kick off and you will just earn make money with every passing day. But if it does move, the loss will become very large very quickly. Another disadvantage of close expiration is that in order to get decent credit, you will have to choose strikes much closer to the underlying.

Based on my experience and personal preference, I like to open the IC trade 6-8 weeks before expiration. It works for me, it doesn't necessarily mean it will work the best for you. In any case, the absolute minimum time that I would recommend is 3-4 weeks.

Another advantage of going further out in time and getting decent credit is the fact that you can close the trade early and remove the risk. I never hold till expiration, trying to close around 10-14 days before expiration. When only 20-25 cents is left, it's not worth the risk to continue holding. You kept most of the credit, leave the last few cents to someone else.

One of the more difficult aspects of options trading is knowing when to take a profit. The profit on the Iron Condor option strategy is calculated as return on margin. Margin on iron condors is the difference between the strikes. For example, if you trade 2100/2110 call spread, the margin will be $1,000. The capital requirement is the margin less the credit. In case you got $200 credit, the capital requirement is $800. So if you sell the IC for 2.00 credit and closed it for 1.00 debit, the gain is 100/800=12.5%

I usually manage the put and the call credit spreads separably. I will place a GTC order to close the spreads at 0.25 debit each, which is around 20-25% of the credit received. The last 25 cents are not worth the risk.

“I would have had a great year if it wasn’t for one or two months”. If you trade condors without a detailed risk management plan you will eventually experience large losses.

There are few serious issues with "traditional" iron condors:

How to address those issues?

To address the issues with "traditional" iron condors, we developed a very unique version of the iron condor strategy. We call it Steady Condors. Steady Condors is a market neutral, income generating, manage by the Greeks strategy.

Here are the highlights:

Those steps help to keep the drawdowns reasonable relative to realized and expected returns.

This is a typical P/L chart of our Steady Condors setup: 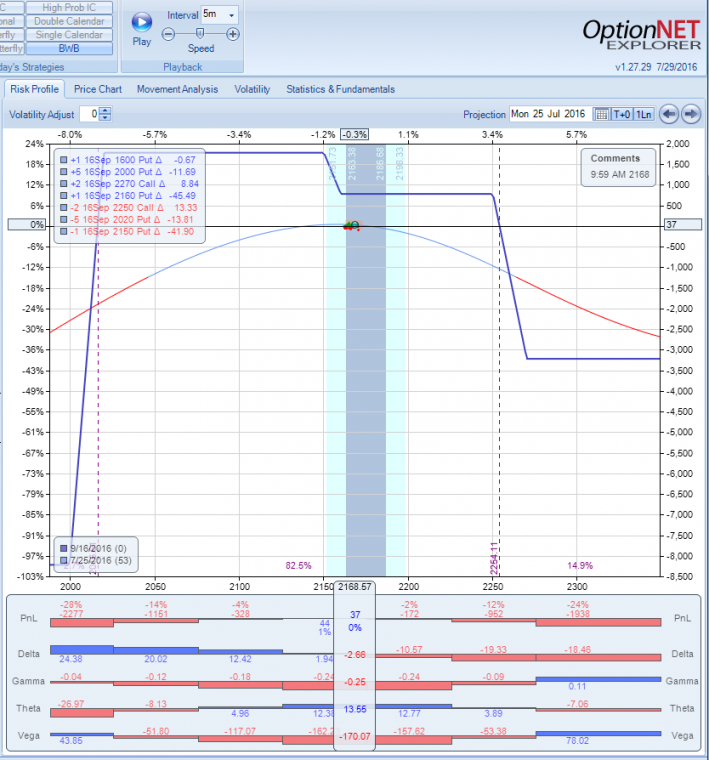 You can see the relatively flat T+0 line and limited upside risk.

To get an idea how this Iron Condor option strategy would perform in a down market, we presented a case study from August 2011 cycle. The trade began on July 6, 2011 with RUT at 844. On Aug 4 with RUT at 752 the trade was taken off for target profit of 5%.  Frankly I'm not familiar with another variation of Iron Condor that can actually make a gain after the index declines by 11%+.

Steady Condors is a strategy that maximizes returns in a sideways market and can therefore add diversification to more traditional portfolios. Selling options and iron condors can add value to your portfolio. The strategy produced 46.7% non compounded return in 2015 (56.5% compounded return) and 17.8% CAGR (Compounded Annual Growth Rate) since inception, with 14.6% annual volatility, resulting 1.27 Sharpe Ratio.  Our reported results are net of commissions and are on the entire account.

Does it mean you should stop trading "traditional" iron condors? Not at all. They should still work well - as long as you implement prudent risk management. Steady Condors just provides you a viable alternative and addresses some of the issues traders face when trading this strategy.

Trading An Iron Condor: The Basics

Trade Size: Taming The 800-Pound Gorilla Can you double your account every six months? Can you really make 10% per month with Iron Condors?

Want to join our winning team?