Should You Leg Into Iron Condor? 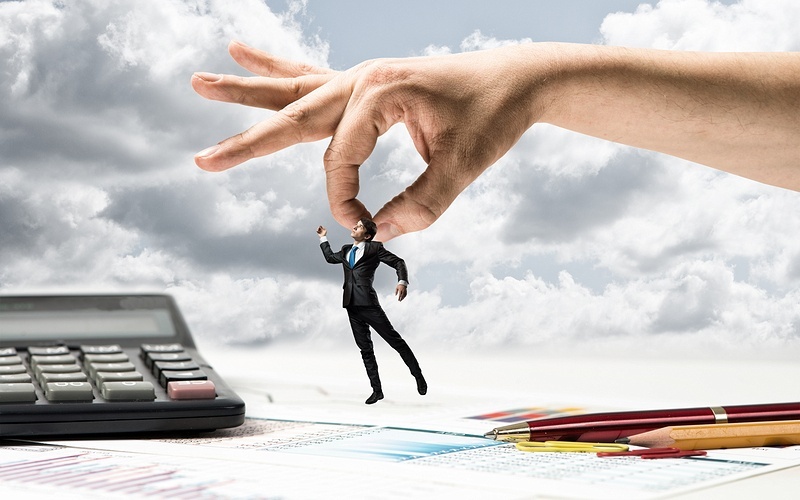 The wings of an iron condor options trading strategy consist of two vertical credit spreads; i.e., a bull put spread and a bear call spread. The process of "Legging In" offers the promise of higher yields and enhanced probabilities of options trade success, but the question is whether it is worth the risk.

An example of legging into an iron condor is selling an OTM put spread and then selling an OTM call spread after the underlying has increased in price.

Is it worth the risk?

There are different opinions about the issue. This is what Mark Wolfinger thinks:

I do not like the idea of legging into iron condor trades by selling puts first.  It simply doesn't work as well as it should – when considering the risk involved. I know that's not good news for the trader who usually has a bullish bias, but there are good reasons.

When the market rallies, IV tends to shrink.  When IV shrinks, the value of the call spread that you are planning to sell also shrinks.  By that I mean it increases in value by less than you anticipate.  Often much less because it is an OTM spread.  I'm assuming that the iron condor trader is not looking to sell options that are CTM (close to the money).

It takes a significant upward move for that OTM call spread to increase in value by enough to compensate the trader for taking the leg. If you do sell the put spread first, and the market cooperates, it's often better to buy back that put spread, take the profit, and forget about getting a little better price on the call spread.

It's different with calls. If you correctly (i.e., you are correctly short-term bearish) sell the call spread first, then you have the opposite effect.  If the market declines, the put spread widens faster than expected and you have an iron condor trade at a good price.

Thus, unless bearish, I suggest not legging into iron condor trades.

Traders who recognize this theorize that they can achieve higher yields and better probabilities of success if they could sell one side of the iron condor and then sell the other side after the market has moved away from that initial spread.


An example would be to sell the bull put spread when the market has pulled back and appears poised to rally higher. Once the bull put spread is sold the trader would then wait for the rally to carry the market higher, at which time the bear call spread would be sold to complete the iron condor. The net result is that the trader probably has a wider, higher yielding spread than they would have had if they simply sold both sides at one time.


While this seems simple enough, in practice consistent legging into an iron condor is a difficult task to accomplish with an consistency. In fact, I typically recommend against the practice unless you happen to be an experienced directional trader.


The problem with legging into an iron condor is that most people begin the process with the mindset and desire of eventually opening an iron condor. What often happens is that they open one side of the iron condor and then look for the market to make a move the opposite direction so that they might open the other side of the trade - but they either miss the opportunity or the market simply does not give them the chance. Now they have a dilemma, because they wanted to be in an iron condor, but they're not.


Now they may be losing money on the initial vertical spread and struggle to decide whether they should sell the other side at a reduced credit, stay in the original position and "hope" for the market to reverse and save them, take a loss on the original trade, etc. In short, they have made a mess of the legging in process.

Are You a Directional Trader?


Selling bull put spreads or bear call spreads are directional plays. This is true even if you intend to eventually roll into a non-directional spread like an iron condor. Until you complete the condor by selling the opposite wing, you are a directional trader. Most iron condor traders attempting to leg-in do not recognize this and that is where their trading plan begins to unravel.


My recommendation is that if you want to trade iron condors, then trade iron condors and focus upon your risk management and trade management skills. That is where the money is won and loss. If you legging into the trade still appeals to you then it is probably better to re-tool your trading approach to that of a directional trader.


A directional trader will play the swings in the market. As the market pulls back and then begins its next swing up a bullish position may be taken. As a bullish peak is made and the market begins to oscillate lower a bearish trade may be opened. If these trades happen to be credit spreads in the same month and on the same security you just might find yourself in an iron condor.


The difference is that a directional trader does not start with the notion of trading an iron condor. They begin with the idea that they will get long or short the market. If, and that is a big "IF," the market completes its cycle and the opportunity presents then they may find themselves in a non-directional spread.


The question now is whether the manage the combined position as a single non-directional trade or whether they continue to manage the individual vertical credit spreads independently. This is a decision the trader must make well before entering the market as it presents another opportunity to create a mess.


If you happen to be a skilled directional trader, then it might make sense to trade vertical credit spreads and leg into an iron condor if and when the opportunity presents. For those who want to trade non-directionally, the better practice is to open the iron condor as a single trade from the start.

What do you think? Share your feedback. Visit our Options Trading Education Center for more educational articles about options trading.

Trading An Iron Condor: The Basics