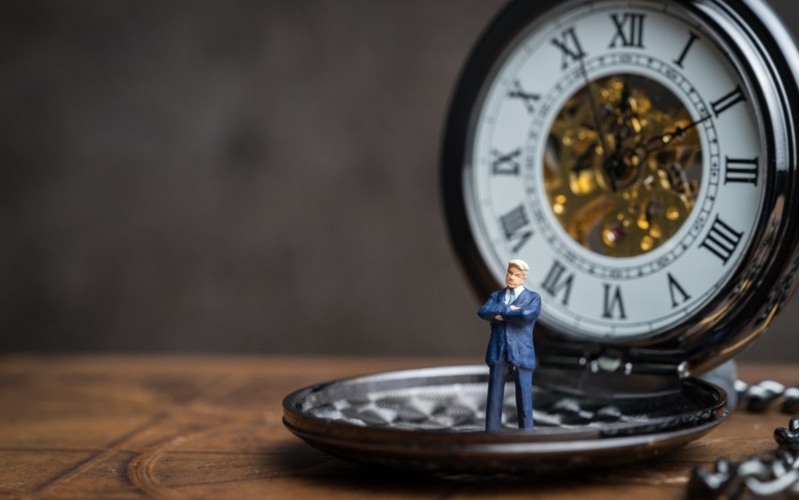 Calendar Spreads (including diagonals and ratios) can be a very effective method to “hedge” a portfolio. However, it is not without some complexities.Understanding the Theory and Methodology is important to achieve one’s intended result. In essence, one must understand the whys as well as the hows or they will continuously be faced trying to resolve dilemmas along the way.

The Theory is pretty easy to understand. It is backed up by mounds of statistical proofs and observations. Advanced math skills are not necessary.  It is really borne out of two separate but interrelated concepts …  1) Market Performance and  2) Individual Performance. Let’s take a look at these two elements:

A statistical proof exists; separate from data collection or observation, that indicates the market should have an upward bias (or positive skew). Observations and data, collected over the last 100 years confirm this to be true.  It is noteworthy that the data confirms the theory and not the other way around. One doesn’t need a statistics degree to confirm this … they need only look at any long term chart and they can easily see that the market is an ever upward climb.

Of course it has it “fits and spurts” but the upward bias is obvious to all that take the time to look.Though there is some discussion of how large this skew is, most studies indicate that the market is up 60% to 70% of the time. This seems to hold true when viewed over decades, years, month, weeks and even days.

This is a little bit trickier to explain … but I’ll do my best.  First, we must differentiate between the “trader”, the “market timer” and the long term investor. There have been many studies of professional money managers and individual investors that differ somewhat in their quantitative results but agree in the overall result … most investors (pros and DIY) underperform a simple buy and hold of abroad market index. Furthermore, this underperformance is not small … in some studies is as much as 5% per year in the short term, and even more in the long term

Simply put: The most effective investment strategy is “buy and hold” but few actually accomplish this end. The reason seems to be pretty simple … the average investor is driven “emotionally” not logically.Every seasoned investor has experienced this  ... or they are kidding themselves. No one … yes, no one … is immune.


Additionally, asset allocations such as the most popular 60%/40% stocks/bonds are widely recommended. Contrary to this, the data indicates that the most effective allocation is actually 100% stocks. By example, if we took the Five Year results from the above chart we would have a 10% Equity return. But if one was, say 60% in stocks, the equity return as a percentage of their portfolio is closer to 6%.  So, on a portfolio basis they are not achieving anywhere near the 10% return. Contrast that with over 15% had they just simply put all their assets into an index fund and not engaged in any trading activity.


Of course, very few investors will accept this because of the risk of loss in down years (we all remember 2008). But, once again, the path is clear … it is the emotional courage that is at issue. Even the worst of down years are regained in a couple of years. Nonetheless, investors seem willing to accept less than optimal returns in exchange for some degree of safety.

Let me be emphatic that this conversation is about utilizing calendar spreads as an adjunct to or as a core position. It is not targeting “one-off” trades”. That’s for another day.


So, this brings us full circle to the theory behind calendar spreads (and most hedges, for that matter).  Investors should seek out ways to be fully invested and also limit their downside risk.  The theory is based, mostly, upon the fact that most investors would have increased PORTFOLIO returns if they abandoned traditional asset allocation mixes (such as 60%/40%) and, instead put 100% of their portfolio in an index fund and bought a far dated put to protect the downside.


It is so with calendar spreads. One can expand their allocation towards equities, and away from bonds, while protecting against loss.


Of course, the far dated put detracts from returns, but the ability to be 100% equity invested, the ability to have a cap on the downside (usually less than 5%/year) will enable the investor to outperform traditional asset allocations and … most importantly … enable them to avoid panic and emotional selling.


Now, with this theory behind us, let’s look at calendar spread methodology.

First the time to employ a calendar spread is during a rising market (or at least a flat market) when volatility is average or lower. This is common sense. The far-darted long put wants to be bought at the most economical price and lower volatility lowers the cost. Not rocket science.


Next, and the more difficult part, is the setting of the near--dated put-write. This is complicated because one needs to consider the strike; the expiry; and when to roll. So let me give some guidelines.

One can “play around” and try to guess the market and go ITM, ATM or OTM as they please. My personal experience and the rather dismal track record for “market timers” would discourage this in favor of a more systematic approach. This approach would be based upon the concept that the market has upward skew. It is also aided by the fact that the downside is limited and protected by virtue of the long, far dated put.


Remember: One sells a near-dated put instead of an outright buy of the underlying, to try to capture extrinsic with the hopes that it will offset the cost of the far-dated.


There aren’t a lot of studies that would indicate how DITM it should be set, but if done as a monthly strike, 2% seems to be confirmed in at least one study. But before someone hops on that, we need to look at what is the best expiry.

When one sells a DITM put, it favors selling shorter durations provided the move --- in the direction of the strike --- does not exceed TWICE the premium collected. This is true whether one is comparing a weekly to a two-week; a weekly to a monthly; or a monthly to a quarterly; or even a weekly to a leap. So, if one sold a near-term put and received, say, $5 in premium … the near term is favored over any far-dated, provided the underlying doesn’t rise more than twice ($10) the premium received.

Unfortunately, this is sort of a balancing act and there is no definitive study that helps us out. Combining the two elements, my experience is that selling a weekly 1% ITM is the right level. However, that holds only on an underlying with a Beta of 1 (SPX). If the underlying Beta is, say, 1.5, then the strike should be 1.5% ITM …and so on.


The 1% ITM shows gains in and of itself and compared to a further-dated as long as the weekly move is less than 2% up. Now, there will be times that the move is greater than 2%up. This will happen, on average, 4 times a year.  But the frequency of large up moves may be offset by “Holding the Strike”.

This is the most important part of selling puts (calendar spreads or naked puts). If there is a drop, do NOT lower the strike and try to capture more extrinsic. Always be willing to sacrifice extrinsic on a down move in order to be prepared for the inevitable bounce back up. It may come in a week; a month; or a year. But the market, historically and scientifically has always (yes, ALWAYS) rebounded.


The real danger to a calendar spread is losing short term value on a big move down and then not fully regaining it on a bounce (the “whip-saw”) Always keep in mind that the far-dated protects the downside … “holding the strike” protects against the “whip-saw”.


Additionally, many times a big up move will follow a down move. So, holding the strike will reduce the frequency of being over-run.


Combining these three ingredients, one should sell the short put on a weekly basis; the greater of 1% ITM or the previous strike.

As long as the PUT is ITM, it is best to hold till expiry to maximize theta decay.

However there will be times when one sets the strike 1% ITM on Friday and on Monday the market moves up 1%. What to do? Will the market drop by week’s end? Or, will it continue up?


There is no answer. The market will do what the market will do. History tells us that it is 60-40 going to go up. That may be sufficient reason to raise the strike. Even if the strike holds, you would have raised it another 1% on expiry under a normal roll, so at worst, you’re doing it a little early. Rolling up ½% now would be a cautious minimum.


A greater dilemma occurs if the move is greater than 1% early in the week and you’re now OTM. If a strike is over-run and then rolled up, you incur a permanent loss of some amount. However, I’d consider rolling up on the basis that even if there is a drop down, theprevious level will be regained.

With all that said it is worthwhile to evaluate the character of any big move. Is it knee-jerk or fundamental? Has something changed or is it concern over the possibility that something may change?  Every investor needs to consider these factors. If there is a fundamental deterioration in the economy, then one might want to be somewhat more defensive on the near-term put-write. My best advice is to make any such determination carefully and don’t be afraid of getting there a little late. The far-dated put protects. So it is never an issue of suffering large losses, it is more about possibly making money during the bear, while others lose money.

Calendar spreads bring with them problems that all investors must face … what to do? These guidelines can resolve what to do on a down move… Hold The Strike. What is so simple in a calendar spread is usually the most difficult decision investors using traditional methods face.

These guidelines also resolve what to do on more modest moves (less than 1%/week). Stay the course.


Over-runs are more problematic. They resemble the issues that traditional investors face on up moves. Is it going further or is it coming down? The only way to fully resolve this is to make a determination as to whether it is a knee jerk or fundamental move.


However, absent clear signals that a fundamental change has taken place … be willing to err by adjusting on the side of the market going up, even more.

TrustyJules, xedoxen, ChrisE and 1 other reacted to this
Report Article
Sign in to follow this
Followers 7
Go to articles Trading Blog