Is Your Risk Worth the Reward? 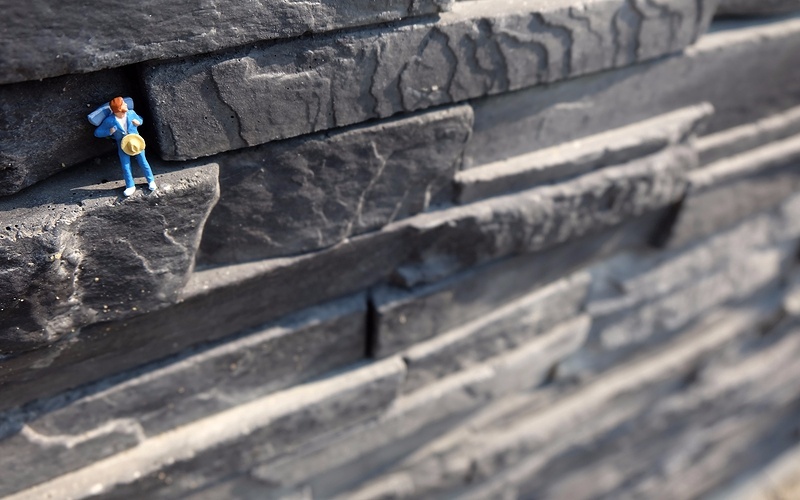 One of our members posted a link to an excellent post from Mark Wolfinger. Mark responded to a question from one of his readers: "For the past 2 years, I've been selling naked options (mainly puts, a few calls) to generate monthly income. My position returns just over 1% per month on average on the total account value".

After 7 years of bull market, many traders forgot the meaning of risk. They think they can just buy call options and/or sell puts and make outrageous digits returns every year. I suggest that everyone reads Mark's post, it's an excellent read with a lot of wisdom.

Mark's response is fairly long - here are the most important points:

"This is not a conservative strategy. Not even close. It is a high probability play, with many profitable months. I cannot imagine a strategy in which I earn a profit month after month for several years. Yet this strategy could provide those results. The question is: how much is at risk?

No matter what anyone tells you about risk, you just know that either nothing terrible is going to happen, or if it does happen that you will react in plenty of time. Let me assure you that in Oct 1987, puts were not buyable at any price that you would have been willing to pay.

You did live through the winter of 2008, but if you have truly been doing this for 24 months, you began at the right time. You missed out on the excitement of Sep and Oct of that year.

Have you considered what would have happened had you begun in August 2008, instead of 3 or 4 months later? If you have access to TradeStation (or if your broker offers back-testing – I believe thinkorswim does), go back to August expiration, choose options to sell for the Sep and Oct expirations and then follow the trades."

I am NOT telling you what to do, but you have not been through what I have.  You have not seen how quickly money can vanish from your account.

What is your risk/reward?

We are familiar with some services that advocate selling naked puts on 25-50% of their portfolio. In our opinion, this is a financial suicide. This strategy obviously performed very well in the last few years. Interestingly enough, the track record of those services usually doesn't go beyond August 2011, not to mention October 2008. One of them has data going back to 2009 (again, not 2008 ), but August 2011 is missing. Coincidence?

To give a fair margin of safety, the strikes are usually far enough from the money to give you around 2-3% potential return on margin. Well, 2-3% per month sounds very good, but what about the risks? In a month like August 2011 (not to mention October 2008) the loss could easily reach 30-50%. In October 2008, it could wipe out your account. Is 2-3% per month worth the risk?

The latest case of Karen the Supertrader who implemented similar strategy of selling naked options provides a good example of the risks.

How our strategies handle risk?

Let's take a look at our strategies and see how they handle risk.

At SteadyOptions, we trade a mix of non-directional strategies. They might include Iron Condors, Calendars, bufferflies, earnings straddles etc.. The idea behind earnings straddles is buying a straddle 5-10 days before earnings and hold it till earnings. The strategy is based on my Seeking Alpha articles Exploiting Earnings Associated Rising Volatility and How To Rent Your Options For Free. We expect the IV increase to offset the negative theta and/or book some gamma gains in case the stock moves.

In periods of low IV, the earnings trades are expected to produce 3-5% average return, and theta positive trades like ICs and calendars are expected to provide us most of the gains. However, the earnings trades serve as a nice hedge to the theta positive trades in case of a quick and sudden move. To see how they performed when the markets become volatile, take a look at August 2011 returns here or July 2012 returns here. Those trades are basically our black swan event insurance, and we get it for free - in fact, most of the time we even make some money on it.

An Anchor trade's goal is to prevent loss of capital while still generating a positive net return in all market conditions. This strategy began with the premise that it must be possible to virtually fully hedge against market losses, without sacrificing all upside potential. It is expected to lag the S&P 500 in a strong bull market like 2013. In 2013 the lag was larger than expected due to poor selection of stocks. Going with ETFs instead of stocks would lag the S&P only by few percentage points, which means that the hedge almost paid for itself.

The impact of not experiencing losses in down market years, while only slightly lagging (if lagging at all) in positive and neutral years, is astronomical over any extended period of time. Again, it is very easy to become complacent in the current bull market - but the market will correct at some point. It's not a matter of if but when. And when it does, you will be thankful that you are hedged. As an example, the Anchor return in May 2012 was +4.6% while S&P plunged -6.2%. In 2008 when S&P was down 38.4%, the Anchor was up 27.9%.

Steady Condors is a market neutral, income generating, manage by the Greeks strategy. The trades are primarily risk managed variations of iron condors. The big difference (in addition to how the adjustments are made)between the Steady Condor main trade (MIC) and the "traditional" Iron Condor trades is the fact that MIC uses a put debit spread plus some far OTM puts for black swan event protection. This protection is placed when the trade is initiated - in other words, we buy protection when we want to, not when we need to. The result is that in case of market crash or black swan event, the trade actually becomes vega positive and those hedges provide an excellent protection.

We conducted a case study for the August 2011 trade (available on members forums). It's a fascinating read. During the life of the trade, RUT was down over 11% - yet the trade was closed at profit target of 5% on Aug. 4. Interestingly enough, on Aug. 8 RUT closed down 64 points at 650. If you wouldn't have taken the trade off on the 4th the trade would actually have been up 67% at the end of the day on the 8th. This is the power of protection, combined with exploding Implied Volatility.

When comparing different strategies, don’t forget to consider both historical performance AND historical drawdowns in both up and down markets. Mark asks the following question: "How much will you lose if the market opens 20% lower one day, RUT IV (RVX) moves to 90 or 100, and the option markets get very wide?" This is your stress test - does your portfolio pass it?