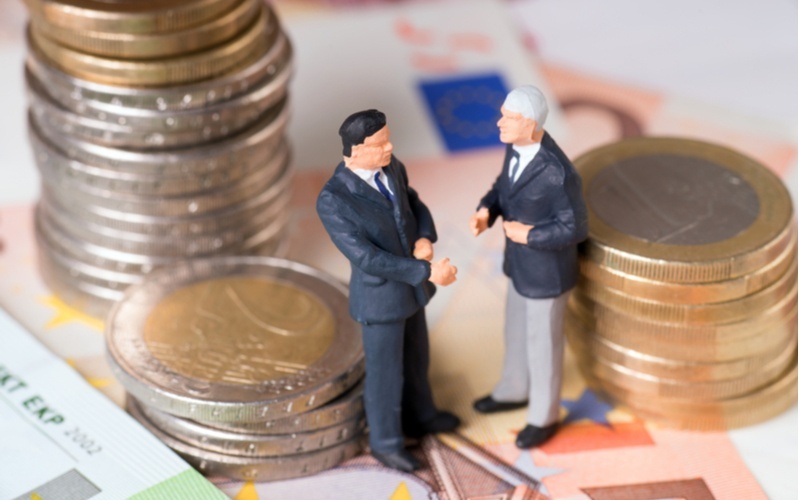 A lot is said about probability of profitable outcomes in option trades, but do we truly understand what probability is or how it works? Options traders can become better informed and even wiser by looking a step beyond the well-known conclusions.

These conclusions reveal how maximum profit and loss are calculated and aid in deciding which strategies are good fits for your risk tolerance. Does risk level justify the trade? That is where most options traders begin to address probability. But most often overlooked in selection of an underlying for options trading or for a strategy to be used, is the comparison between probability and risk. Too many traders consider these as the same thing. If probability of profitable outcome is high, it must mean risk is low, and vice versa. Most options traders make this assumption intuitively. Based on proximity of price to the money, time to expiration, and relative status of long or short positions, probability and risk are well known. But what about the correlation between the two, probability and risk?

Probability often is the result of a calculation and may be viewed in isolation; the true risk level might not be considered at all, or simply assumed to be conclusive based on what probability reveals. This is a mistake.

The correlation of probability and risk

Once you decide a strategy is “low risk” what comes next? You might overlook a related next step, the possibility that risk changes once probability increases or decreases. A simplified example is how the probability of a profitable outcome changes when the underline moves unexpectedly close to the money. Does this mean risk is higher or lower? It might. But the point – comparing evolving probability and risk – could also be more subtle.

Here is an example: A trader likes short puts because the market risk is identical to that of a covered call.  Opening a series of short-term, slightly OTM short puts produces profits consistently and exercise is avoided by early close or rolling forward. But what if the company will be announcing earnings the day before last trading day? What if the company has a history of double-digit earnings surprises? Does this change the probability of profitable outcome? And does that make the risk picture entirely different as well? Yes. Of course, but the degree of risk in holding onto the open position with little or no “?buffer zone” point spread, also defines degrees of risk.


The point is that neither probability or risk are absolute factors in judging options and their likely outcomes. There is a tendency among traders to want a binary answer. Is probability high or low? Is profitable income likely or unlikely? The answer depends on other factors like moneyness, time to expiration, historical volatility, earnings reports and likelihood of earnings surprises, and the unexpected announcement that often shows up at the worst possible time. These announcements include merger rumors, SEC investigations, accusations of financial wrongdoing by the top executive, product recalls, class action suits, strikes, natural disasters, and more – the list goes on and could be endless.


Another way the correlation works addresses the problem of tied up capital and margin. If you are holding stock especially for use with covered calls, is your probability of loss low? Probably. But is the risk high? In some respects, it might be. For example, the lost opportunity risk of tying up capital for covered calls is rarely discussed by anyone. But it exists. Your capital is tied up in holding shares while you write covered calls. Probability of loss is low, but lost opportunity risk can be very high. Covered calls offer limited maximum profit equal to the premium of the covered call. Could that same amount of tied-up capital be used elsewhere to generate more attractive profits? That is a question with any number of answers, but the point is that in this situation, risk and probability coexist but may be influenced by different things.


Anyone who tries to lower risk by keeping their money in low-yielding money market products has accomplished a low probability of loss, at or close to zero. At the same time, they accept a high risk of true net loss, at or close to 100%. This is so because the combination of inflation and taxes virtually guarantees that the low yield on savings cannot produce an after-inflation, after-tax profit.


This paradox is real-world stuff, not just theory. It is possible to combine low probability of loss with high risk of loss, in the same product. The example of money placed in a guaranteed, low-yielding account demonstrates how this works. In the world of options, the variables are more complex, but the same point must be made.


In options trades, you can lower the risk of loss while improving the probability of profits. For example, if you time trades for those rare moments when the Bollinger Bands exceeds upper or lower band by three standard deviations, the probability of an immediate reversal is close to 100% because the range never remains that far from the center line for long. If you time covered calls for the Friday one week before expiration, you drastically reduce risk because options lose one-third of remaining time value in the one trading day (but three calendar days) between Friday and Monday or expiration week.


Does this mean it is possible to set up a foolproof system to make a profit consistently? No, that is never possible. But it does mean something almost as promising: By understanding the events and timing that affect probability, the risk of loss is drastically reduced. Most options traders will agree that this is good enough, given all those variables that tend to get in the way of every “perfect” system ever devised.