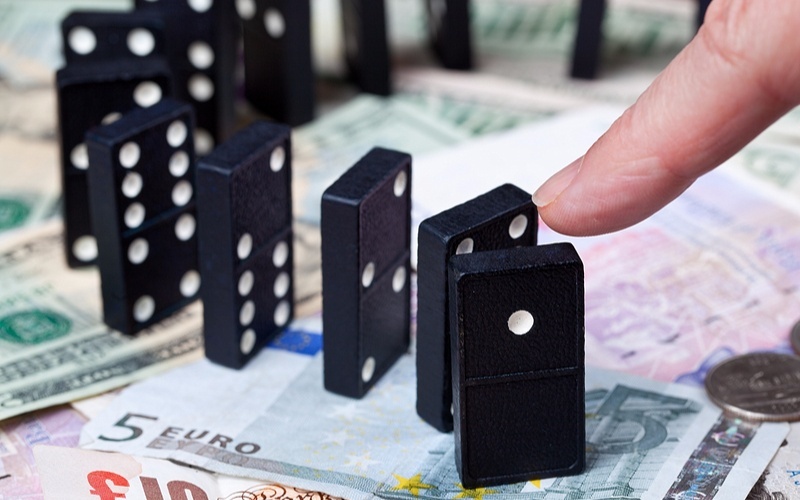 The more I talk with traders, read articles and listen to commentators the more everyone seems to be talking about what is the “most probable”. Certainly we all like the thought of being on the right side of a trade and assessing probabilities can play a large part.

Unfortunately, when it comes to options, all too many traders are led astray on the role probabilities play in option trading and end up limiting their chances of success. This article has two objectives:

Most people believe that when placing a bet with multiple choices it is wisest to take the one with the highest probability. We see this frequently when option traders espouse selling Deep-Out-of-The-Money (DOTM) calls or puts and other strategies as “High-Probability” trades. This is facilitated as most every Broker-Dealer includes “probability” as part of their option trading platforms. One requires no special math skills to determine which of many options trades offer the highest probability. Option probabilities can be just a mouse-click away.

But the real question is “Does knowing the option probability help us?”

Let’s look at the simple coin toss to better understand this. We all know that a fair coin toss has a 50% probability of landing either heads or tails. But what if the odds for winning bets on heads were one-for-one (1:1) while the odds for winning bets on tails was only 0.75:1? Though the probability remains the same, the expected return does not. One can expect to break even betting on heads and lose money betting on tails.

One must not just look at the probability of “winning” but compare it to the reward to determine if it is favorable.

So, what do coin tosses have to do with option trading? Very simple … option pricing is 100% about probabilities.

The real difference between options and a coin toss is that expected return is not as easy to calculate. There are numerous possible results. For instance selling a DOTM Call has a fixed return on the profit side, but many possible results on the loss side…including (theoretically) unlimited loss.

Consider that the Market makers determine the pricing using very sophisticated statistics and “Greeks”. Most traders are aware of some of the first order Greeks such as Delta, Theta and Gamma … but there are second and third order Greeks most traders never heard of… such as “Charm” and “Speed”. So don’t fool yourself, without advanced training in math, statistics, probabilities and the proper algorithm you cannot properly assess all the factors taken into account in the pricing.

I’ll save everyone a great deal of effort in making these complex calculations and simply state that every option is probabilistically equivalent. Over time, one has NO better probability of a GROSS profit on a DOTM option than a DITM option. This may take a little explaining.

Surely, a call that is written 2% DOTM has a much better chance of not being over-run than a call 1% OTM. However, it also has a much lower premium credit. Over time, the extra “over-run” risk of the 1% OTM is compensated for by the extra premium credit gained when it is not over-run. They are probabilistically equivalent.

If I may “hammer this home” by using a Roulette wheel as an example. Bettors can make the equivalent of a DOTM bet by betting on odd, even, red or black. Or they could make the equivalent of an ATM bet by betting on a single number, such as 28. Over time the monetary results will be the same. They will “hit” more often on the red/black/odd/even but will win less when they do. I won’t go into it here, but the “house edge” is the same 5.26% on every bet one can make (actually, there is one bet that increases the “house edge” to 8%, but few make that bet).

Let me also clear up a common misconception about probability and the Roulette wheel. Probability theory DOES NOT predict that everyone will be a loser if they play often enough. Quite the opposite. Even in a game that is purely chance and requires no skill, there will be lifetime winners and lifetime losers. It’s only when these two sets of betters are aggregated will we see the expected result. Probability theory only predicts that, over time, the winners and losers will even out and winners will win 5.26% less than “fair” and losers will lose 5.26% more than “fair”.

With this basic understanding of options probability and expected return, let’s look to see if the “high-probability” option trade is, in fact, the “most favorable” trade. To make this analysis we must add in the costs of the trade. We need to move out of theory and into reality … a reality where the Market Maker insists on a “house edge”.

Before I get started, let me say that there are, on occasion, mispriced options. If there is a mispricing it can be exploited. However, this is very rare and most traders aren’t equipped to notice it. So let’s leave that on the shelf and move forward.

Let me use options on SPDR S&P500 ETF (SPY) as my example. I choose this underlying as they are widely traded, liquid and have a very low bid-ask spread. Let’s look at selling a call option. We can compare an At-The-Money (ATM) trade with a DOTM trade. We must remember that the pay-offs are adjusted according to their probability. From a risk/reward perspective on a GROSS return they are equivalent.

Let’s look at the bid/ask of the ATM and the OTM option. Though the bid/ask will vary dependent upon duration (weekly, monthly, etc.) …. for these purposes let’s look a month ahead. Most typically, the option will be priced as follows:

What we discover is that the bid-ask spread (the “house edge”) when represented as a percent of the premium, actually increases the further OTM one goes.  Though the options probability/payoff is theoretically identical, the “house edge” is not. So, the further OTM one goes, the less “favorable” the option becomes. If one added the fixed trading costs … which vary by broker ($6.95,$7.95,$8.95, etc.) … it would further compound the disadvantage of OTM options.

As a function of the “house edge” increasing the further OTM one goes, a nearly “fair” ATM option becomes an unfavorable DOTM option. The results can be even more dramatic with many other underlying stocks that don’t have as low a bid-ask spread as SPY. For instance, many stocks have a bid-ask spread of 5cents or 10cents (sometimes even more). That means the “house edge” can be from 6% to 15%. That’s a pretty steep hurdle to jump for profitable trading.

Often traders will enter spreads as opposed to singular trades. The theory is to limit downside by reducing costs or exposure. One must consider that every option incurs its own “house edge”. So the more legs one enters, the less likely they will have a favorable outcome.

This is a hard concept for option traders to get their hands around. So let me go back to the “probability laboratory”   … the Roulette wheel. Each bet theoretically loses 5.26%. So, if one bets on, say, two numbers instead of one number, they increase their chances of a “hit” but they decrease their overall chances of winning money. Inasmuch as option pricing is neutral (except for the “house edge”) over time, one gains nothing by engaging in multiple legged option strategies.

Now, let me be perfectly clear. I’m not suggesting that one cannot make profitable option trades. Nor am I suggesting that limiting costs or risk through spreads and other actions is wrong. What I’m saying is that trying to make profit by looking at option trades that are, high probability is not a winning strategy. It is not “probability” that is important it is “expected return” that is important.

What we’ve discussed so far is that option trades are “odds against”. That is, they may be high or low probability but the only favorable trade lies with the market maker.

Does that mean I can’t win trading options? Of course not … many people do very well and since you’re on this site, you’re probably one of them.

Successful option traders are successful because they spend most of their time understanding the stock or the market.  Let me give an example:

If I said that that SPY would end up at $218 on December 31st and asked for an option strategy to match that result … option traders could easily maximize a variety of strategies. Instead, if I said that SPY would end up between $200 and $218, completely different strategies would unfold. If SPY actually landed at $218, none of these would show the gains of the first hypothesis. In contrast, if SPY ended at $200 they would all show better results than the first hypothesis.

Therefore, the viability of any strategy is dependent upon its relevance to the underlying. If one gets the underlying right, they will prosper. If they don’t, they won’t.

Successful long term option trading starts with an understanding that there is no such thing as a free lunch. Option trades involve counter-parties and there are winners and losers on every trade. That is, except for the Market Makers taking their “house edge”.

It is important to understand that options are not some sort of Magic Elixir. They are not a substitute for stock market research. What they can provide is a very calculated methodology to exploit stock market movement. It doesn’t really matter if a stock is up, down or flat … there’s an option play to exploit every possible scenario.