How To Evaluate Options Trading Service 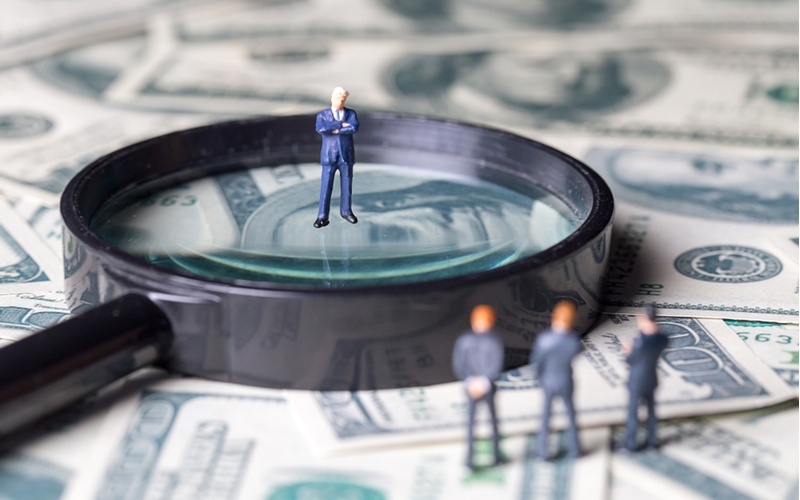 I'm getting a lot of emails asking me to recommend an options advisory service. If you currently subscribe to an option trading service, or if you’re considering doing so, here are some tips how to select one. Those tips will help you to avoid some costly mistakes.

First, here are 10 Red Flags to Watch in an Options Alert Service:

Obviously the first thing most traders are looking at is performance. If you cannot find detailed and clear track record, I would definitely stay away.

But even if you do find a track record, you need to know how to read it. Performance data is useless without also analyzing risk. Risk can be measured by Sharpe Ratio which is (Annualized return - risk free rate / annualized volatility). Higher Sharpe Ratio is better (it means higher return with lower volatility).

Click here to read what is Sharpe Ratio and why you should care about it.

Many services report their performance in a completely wrong and misleading way. Please be careful, especially when you see some fantasy land numbers:

(Hint: this service is calculating performance by adding all trades, which means you would need to allocate 100% to each trade to show similar performance. All it takes is one big loser for your account to become toast).

Here are two examples showing how even the most experienced traders can overlook some important facts when evaluating performance.

SteadyOptions had the honor to be ranked second on their list, as "another brilliant service that helps subscribers trade options with high levels of accuracy, without having to know anything more than the basics. It also provides guidelines on risk and financial management, to ensure that the risks you assume don’t destroy your accounts entirely."

First place on their list belongs to service that "claims to have a 77% win rate on 3425 trades over 15 years".

Their track record is indeed impressive: 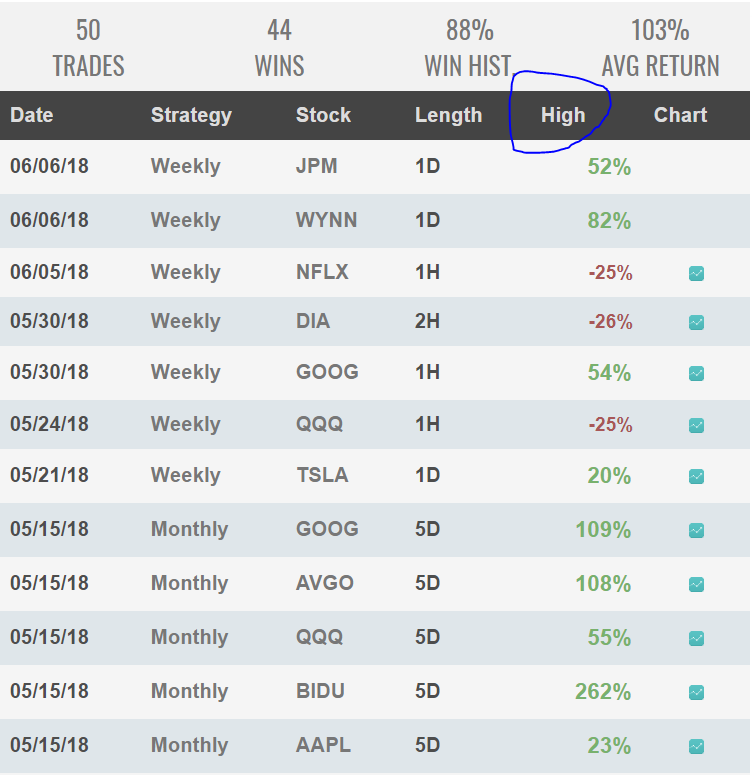 88% winning ratio and 103% average return?? This is beyond impressive.

There is only one "small" issue: Those are not real results. You see "High" above the percentage column? The reporting methodology is buried somewhere in the small print:

What it really means is that reported returns are based on the "The highest price the option achieves is recorded as the result since this was historically what the option price reached."

Did you get that? Is anyone really able consistently to sell at the top, or even close?

After studying many services they narrowed down the selection to 11 pickers. They then subscribed to the services of these eleven. Shown below are the results of their own trades with these eleven pickers. 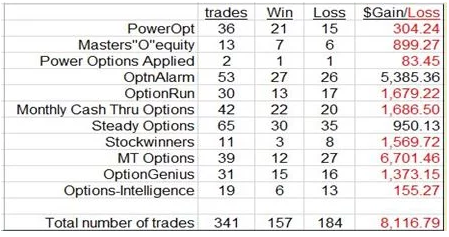 "As you can see from the table, except for two pickers, all listed pickers delivered losses. Looking at the numbers, OptionAlarm is the clear winner in the contest with Steady Options coming in second place. Steady Options offers a very conservative and safe trading system but is difficult to follow if you are just following option picks. They require a deep knowledge of the system they use and in most cases leaves it up to the client to decide when and how to enter and exit their selected options."

While we are honored to be among the only two profitable services, there are few things worth mentioning:

First, based on our records, the author of the article was our member for only 3 months. As he mentioned, it takes time to learn our trading system, and members who stick around usually improve their results significantly over time.

Looking at the track record of the first ranker, you can see that around 25% of their trades are 100% losers. In fact, it is not uncommon for them to have five consecutive 100% losers:

Imagine you joined in February 2017 and allocated 10% of your account to each trade. Two months later, your account would lose 50%. While the overall track record is indeed impressive, you just cannot ignore the risk.