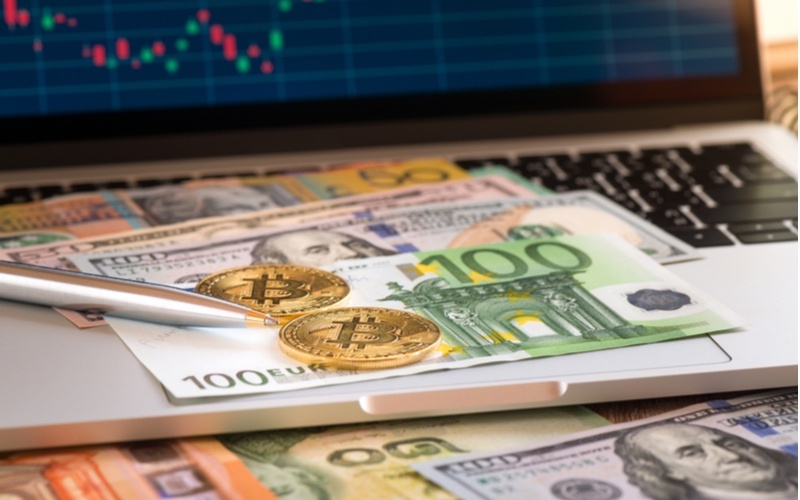 Setting up some internal rules for your trading looks like a must first-step before setting up your account and getting into your platform. You need to get your own trading plan and then stick to it. Self-discipline and avoiding recklessness can be huge for your balance.

On the other hand, by improvising, you’re risking getting severely draw-downed, as Wayne Ko Heng Whye, head of research & education at Fullerton Markets, explains:

"The 2 biggest trading mistakes I made in the past 10 years were not having a trading plan and not following my trading plan after I had one. When I first started to trade, I did not have a trading plan, simply because I did not know such a thing existed at that time. I traded without any strategy, I had no consistent rules of entering and exiting the market. I did not have proper risk management. In short, I was gambling with the market. I did not take the effort to get myself adequately educated in trading. As a result, I blew my first live account in under 2 months.

Later, I went through courses, interviewed and learned from trading experts. I learned that most successful traders, if not all successful traders, have their own trading plan.  So I embarked on crafting my own trading plan, which includes proven trading strategies (stating the entry and exit criteria), risk management (stating maximum risk per trade) and maximum drawdown per month, etc.


I am pretty sure at this point in time, most of you would be thinking 'What is the point of you having a plan if you are not following it?'


Yes, that was exactly what I realized after I made my mistake and my trading results went south.  The saving grace was, even though I deviated from my trading plan, that I still followed some of my risk management rules. Nonetheless, I still suffered my biggest drawdown ever in my second live account.


Ever since, I have been following my trading plan diligently, and I review it periodically to adapt to the ever-changing financial markets."

Blowing your account or hitting a margin call is a likely outcome if you are caught guessing outside your plan, as it happened to our analyst, Alberto Muñoz:

"One of my biggest trading mistakes was to think that something can't happen in the market. My story is as follows: ten years ago I was trading Eurostoxx futures in my personal account. I opened a short position an hour before the regular European session close. Just before the regular close, I thought: 'well, what would happen if I added another short position? The market is up 2%, there has to be a correction'. So I sold another contract. A few hours later Eurostoxx futures were up 7% and my account hit a margin call. Maybe I should have followed my trading plan and close the position instead of trying to guess about the future.


Moral of the story? Stick to your trading plan, follow your rules and never think that something can't happen in the market, because it will happen... and it will be painful (for you and your account)!"


A big part of a sound trading plan is selecting the assets you feel comfortable analyzing and trading, avoiding other markets where your knowledge might be limited. Stanislav Bernuhov, trader and trading coach at Common Sense Trading, tired to take some profit from the Corn options market but ended up being eaten by chain of errors:

“Once, I read a book by James Cordier and decided that I need be an option seller to consistently withdraw cash from the market every month. I’ve deposited a decent amount of cash to a broker and decided to sell out-of-the-money calls for corn futures. I had no idea of how this market worked, what were major supply and demand factors, seasonalities, etc. I just thought that “technically” the price was not going to reach my strike price.

Later on, after the crop report, corn futures started to soar very quickly, and my short call position was underwater - it wasn’t just a regular move, but rather a strong bullish rally. I tried to hedge my option position with futures, but I didn’t know this market well, and every time I bought it, it was bringing me even more losses. Eventually, I’ve decided to close all my positions altogether and take a loss. Futures trades were closed quickly, but call options were not liquid enough and I exited with significant slippage. Later on, I studied that I shouldn’t have exited my option trades with market orders, but during that time, I was already emotionally exhausted and ready to get out by any price. Thus, I’ve made as maximum mistakes as possible in a single trade.


Bottom line: know the market which you trade before putting much money under the risk!  Don’t react emotionally if something goes wrong. Good luck!”


But a trading plan isn’t only limited to the technicals and fundamentals, to money management and position sizing. Any trader needs to know under which conditions he is suited to operate and under which ones he will incur in reckless trading. Trading from a suitable place, room and device and doing so while being fresh and healthy matters.

Ahmed Darwish, the owner of Forex Community, remembers trading from his phone, away from his chart, as one of his biggest mistakes:

"It happened to me to look at the MT4 from mobile and I was far away from chart. I found the price of a specific pair to be good for a setup and try to remember how the chart looked like using my template and method. Then I decided to enter the market. This was one of my biggest trading mistakes and bad decisions I made as not all time it will go good.

I discovered that one of the key point to have a successful trading life is to deal with setups with special sanctity and have a process that you will never violate under any condition."

Even if trading from the correct device and room, it’s important to always double-check the settings of a trade before executing it. Rob Colville, founder of The Lazy Trader, had the auto-filling feature in Google Chrome to blame for one of his most regretful trading mistakes:

“Back in 2011, I failed to see that my computer had automatically populated the ""stake size"" when placing my order for a Gold trade. While Chrome's form auto-population feature is exceptionally useful when filling out mundane personal details, it is exceptionally hazardous when it comes to the broker platform! After placing the trade (which was a very good setup might I add), I forgot to double check the details of the order before submitting it as a resting order. Therefore, I did not notice that the trade's stake size was five times bigger than it would normally be. I normally risk a maximum of 2% of my account's equity on any trade, no matter how good the set-up is. However, to my horror, I noticed that several days after the trade triggered, the running loss of 4% was far greater than it would have been if the normal amount was risked. Instead of my normal lot size, Chrome had automatically populated the form as my date of birth (which was, of course, a far bigger number!) This meant that if the set-up failed completely, I would lost 10% of the account value rather than 2%. This was a very worrying prospect as nothing is ever guaranteed in trading.. .no matter how good the set-up is!

Instinctively, I wanted to just wait and exit the trade IF it made its way back to breakeven but even that would have been a mistake. There are, after all, no guarantees it would do this. I then decided to end the agonizing, stomach-churning experience by killing the trade at a 4% loss. Exiting in the moment and losing 4%, although not ideal, would be far better than leaving it exposed to a 10% loss, while ""hoping""! Exiting in the moment I had realized was the right thing to do. Had I let it ""play out"" then it would have experienced a 10% loss on this trade - a very big hit to recover from.

Learning experience: Never get blasé when it comes to placing your trade. Always triple check the orders submitted to your broker in case of human or computer error. No one is infallible, not even Chrome! If you do find yourself embroiled in a ""trading mistake"", exit immediately without a moment's hesitation. Not doing so could cause you to lose more money or reinforce bad habits. If you do endure a lapse in discipline, I feel it is important you punish yourself in a way outside trading so that it reinforces the fact that you have made a mistake and should not do it again. My punishment was to read the ex British Prime Minister, Gordon Brown's book (...and that was certainly a punishment!)"


Oh well, the punishment certainly looks paltry to the loss suffered, but we suppose one can only add so much pain to a losing experience.

Actually, incurring in losing trades is painful enough to, moreover, decide to get into the market while being sick. That’s what Ed Ponsi, president of FXEducator LLC, recalls as one of his biggest trading mistakes:


“I had a bad case of the flu, so I took some medicine and then I went to bed early, around 8pm.


I woke up at 3 am. This was in New York, so 3 am is equal to 8 am in London. It was time for the London Open! I got out of bed, still very sick and feeling very strange from the flu medicine.


I opened the trading platform. As GBPUSD began to move higher, I hit the button and bought it at market. At least, that’s what I thought I had done. GBPUSD continued to move higher. My P&L number grew larger and larger. Then I noticed something very important.


The P&L figure was red, not green. I had accidentally shorted GBPUSD by hitting the wrong button. I closed the trade for a loss and went back to bed. It was an expensive mistake, but I learned from the experience.


Since then, I’ve never been tempted to trade while sick or while taking medication. You are better off staying in bed!”