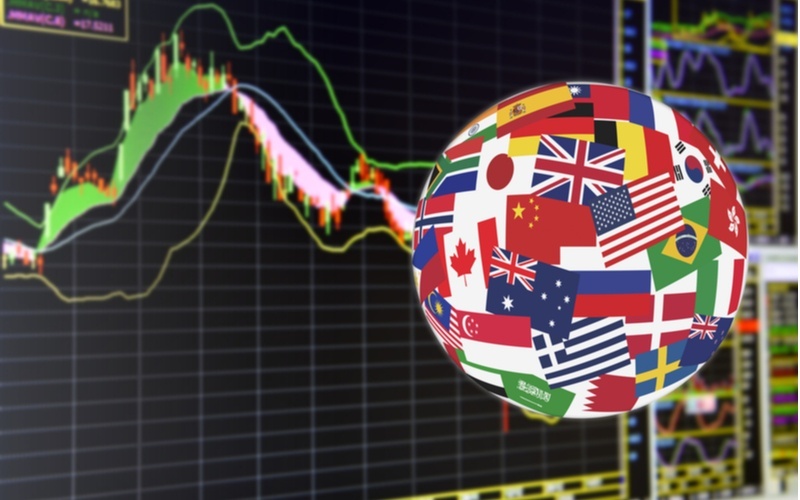 Options traders struggle constantly with the quest for reliable reversal signals. Finding these lets you time your entry and exit expertly, if you only know how to interpret the signs and pay attention to the trendlines. One such signal is a combination of modified Bollinger Bands and a crossover signal.

The crossover is between the middle band and price.

The default setting for Bollinger Bands is two standard deviations. When this default is applied, three bands appear. The upper and lower bands are the same distance from the middle band, because their application of standard deviation is always the same. Bollinger Bands is so reliable that with this default setting, you see violations above upper or below lower bands only rarely. And once violated price tends to retreat into range within a few sessions.

A problem with Bollinger Bands is that once the move of price outside of the banded range is seen, it usually is too late to act. You expect to see a retreat soon, but the status of price outside the bands can persist for many sessions when a strong trend is underway.

There is a solution, however.


An example is seen in the 6-month chart of Home Depot Two violations of three standard deviation are highlighted in March. By March 23, price has declined about 100 points in one only month. For many traders in either options or stock, this big decline means you want to stay away from the underlying. It could signal a massive bearish move that could continue indefinitely. However, considering the brief moves below the lower band, the likelihood of bullish reversal is among the strongest you can find. But when should the entry occur?


In this example, three bullish candlestick reversal signals identify the bottom of the downtrend. It is very unusual to see two consecutive and strong reversal signals. At the very bottom of the trend, you see a bullish engulfing immediately followed by a bullish piercing lines. Those two are strong just by themselves. But there also is a gap immediately before these signals and then immediately after in the opposite direction. This sets up the four lowest sessions as an island cluster, which by itself is a strong bullish reversal signal.


The combination of the two violations of the lower band set up with three standard deviations, the bullish engulfing, the bullish piercing lines, and the island cluster is one of the strongest bullish reversals you will ever see.

The next question remains, when should you exit from the position. Note the trendline drawn from the bottom of the March decline, all the way through to mid-June. This is a strong 3-month bullish trend. During this time, the underlying price rose from around a low of $140 per share, up to about $260 per share.


There is an exit signal here as well, which often is found on charts using Bollinger Bands. Note the behavior of the middle band, the dotted line. It tracks the trendline consistently, until the first week of June, when it crosses over the trendline and moves to the downside. This is a strong signal that the trend is about to either reverse or flatten. By mid-June, a small decline takes place and then underlying price moves sideways. The middle band crossover is the exit signal. Altogether, this simple set of patterns and signals provides a compelling case for identifying option entry and exit.

The question remains: Which issues work best for this type of timing strategy? A low-volatility underlying will not be likely to ever exhibit a violation of the three standard deviations. This is a strategy designed for higher-volatility issues, where the 3-standard deviation moves are more likely to occur. This is a higher-risk selection for options traders, but the opportunity to set up trades with high degree of reliability, is compelling and may offset the higher than average historical and implied volatility. Many options traders gravitate toward these higher-risk underlying issues anyhow, because the option premium tends to be richer and chances for larger profits are also better.

This strategy employing three standard deviations, candlestick reversals, and center band crossover, takes the high risk of the volatile underlying, and overlays a high degree of certainty. Although no trade is 100% certain, this example lowers the greater risk that plagues options traders, the risk of (a) poor entry timing and (b) failure to exit when the trend ends. Both risks are well managed in the strategy employing all the required elements.