The Danger of False Signals 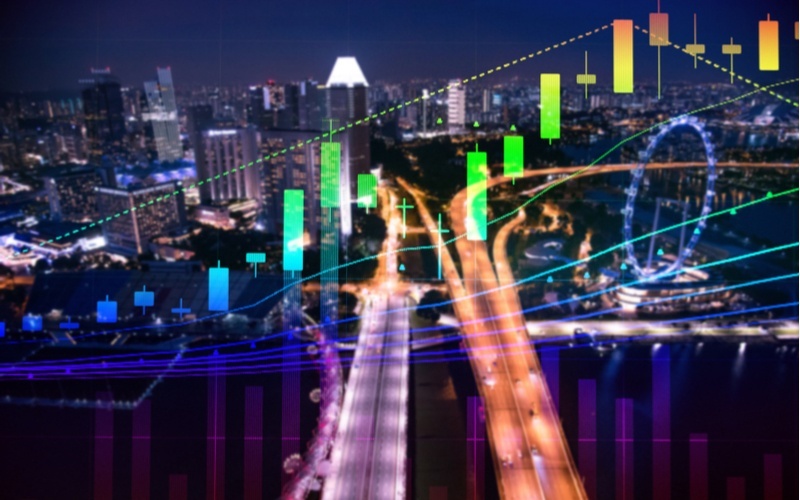 Everyone has heard about the troubling “false signals,” a price-based reversal indicator that shows up but does not lead to reversal. This is frustrating and expensive, but the problems in how traders react to false signals can be managed effectively with a few techniques.

If you – like so many options traders – time entry and exit on a series of signals, then you already know that false signals appear. Confusing reversal with retracement, for example, is common. And even the strongest signals may be only coincidences of price pattern. Following are some suggestions for identifying when signals might be false and should lead to caution in timing of trades.

Many traders, wanting to make a perfectly timed trade, forget to look for confirmation. A true reversal must be confirmed with a second signal indicating the same likely reversal to follow. False signals are common because short-term price behavior is chaotic. Even strong signals can be misleading and confirmed signals also fail. But to minimize poorly timed trades, signal and confirmation are essential as a starting point.

Don’t limit your use of confirming signals. Most traders have a short list of favorite signals. This develops from past success and makes sense. But it can also lead to a failure to see a reversal. Be willing to consider signals beyond your short list, and to rely on a broad range of possible confirmation indicators. Move beyond price indicators as well. Check volume, moving averages, and momentum oscillators to find additional confirmation beyond price. Even for price signals, check both traditional Western technical price signals (violations of resistance or support, big gaps, double tops and bottoms, island reversals) as well as Eastern technical signals (candlesticks).

One of the most chronic problems traders face is confirmation bias, seeing what we want to see but ignoring contrary information. This occurs because all traders are humans, and we all want to perfect the science of chart reading. However, if you focus only on the science and ignore the equally important art of chart reading, you could fall into the confirmation bias trap.

This happens when you believe that reversal is underway, and you want to time your options trade (either entry or exit) as accurately as possible. As a result, you find reversal signals even when they are weak or are contradicted by other price activity (such as continuation signals). A rational approach is to resist confirmation bias and analyze what the signals reveal; be aware that wanting to be perfect in timing can lead to errors.

Some traders see an initial signal and think it represents a reversal. For example, price has moved strongly to the upside but has reached a plateau and is beginning to decline. An initial reversal is located, but there appears to be no confirmation in price, moving averages, volume or momentum.

The lack of confirmation for initial reversal signals is one symptom of retracement. This momentary movement in price may be a passing attribute of price behavior, regression toward the mean rather than the  more dramatic directional change. Retracement and reversal appear identical at first glance but knowing the difference can save you from a poorly-timed decision.

Is everyone acting in the same manner? If the crowd believes price is about to turn and move in the opposite direction, it could be a good time to act as a contrarian. Apply logic and not emotion to the timing of trades. The talking heads on financial TV shows reflect the popular view, which is not always the right view.

Remember that timing is not perfect

Default settings in online charting services are set for a reason. For example, Relative Strength Index (RSI) is set for a 14-day average. Some traders like to change this by reducing the averaging period, usually on the rationale that this produces more overbought or oversold signals.

The flaw in this thinking is that more signals are not reliable. In any chart, you will discover that changing the RSI default produces numerous false signals. The 14-day average works and yields the right number of signals.

Some default settings can be changed to improve your reading. For example, Bollinger Bands sets upper and lower levels at two standard deviations from the middle band. Violations of the upper and lower bands tend to be short-lived and of great value in spotting likely reversal. If the default is changed to three standard deviations, most charts show no violations of the bands. However, when violations do occur, the return to a previous range is as close to 100% certainty within a day or two, so this is an excellent system for spotting reliable reversal timing.

Options traders tend to be analytical and like using a range of signals. But this can also become a trap. At some point, you must act. In fact, at some point, you need to convert reliance on signals and depend to some degree on intuition.

However, a greater problem for many traders is impatience. Options traders like to be in the game, so a tendency is to want a trade even when the signals are not strong or, perhaps, do not even exist. Avoid making trades in anticipation of reversal at mid-range and acknowledge that reversal is more likely when price is near resistance or support. If reversal signals are not found and confirmed, don’t make the trade. Wait and be patient.

The desire to make a trade can mislead you into believing a signal is there, even when it is not. Every options trader knows this but may easily fail to respond logically to rational analysis. An impatient trader will lose in too many trades. The cold, impartial, analytical contrarian might not make as many trades as others but is more likely to book profits from well-timed options trades.


Michael C. Thomsett is a widely published author with over 80 business and investing books, including the best-selling Getting Started in Options, coming out in its 10th edition later this year. He also wrote the recently released The Mathematics of Options. Thomsett is a frequent speaker at trade shows and blogs on his website at Thomsett Publishing as well as on Seeking Alpha, LinkedIn, Twitter and Facebook.