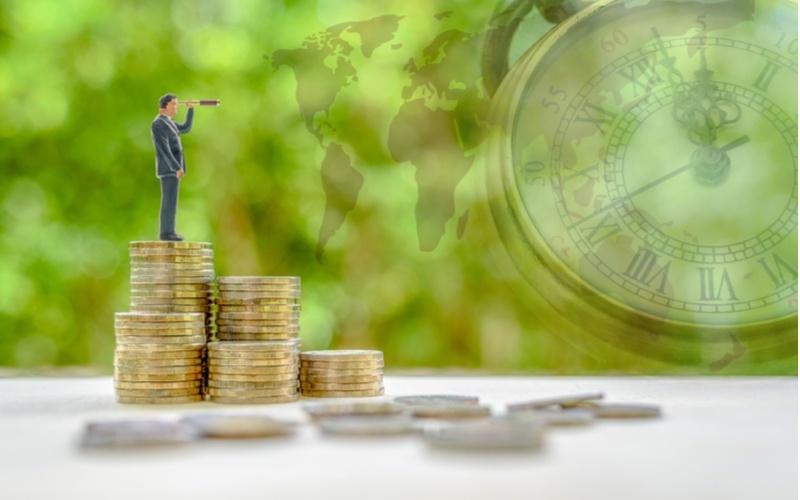 This is the last in a series of articles about how dividends affect option value and volatility. In picking stocks for options trading, what are your criteria? Analysis of dividends, debt and net return – all fundamental tests – help identify strong value companies (and lower-volatility options) versus weak, high-risk stocks.

Too often, options are selected based on the immediate return of the option itself. This invites higher risks. Volatility is expensive, so you pay more for risky options (on risky stocks). Writing covered calls appears to offer higher profits due to this relationship; but in practice, when you accept higher risks in the underlying, you expose yourself to higher overall risk, both in the underlying long position and in the short covered call position.


A wise method for deciding which stocks to use for writing options, is to first quality a company based on strong fundamentals; and to then identify covered calls that offer better than average annualized returns. This usually means writing a series of short-term covered calls rather than a long-term series. Due to more rapid decline in time value, shorter-term covered calls are more profitable.


For example, in the final week of an option’s life (from Friday before expiration up to last trading day), an option will decline significantly in value. That Friday to the next trading day, Monday, options typically lose one-third of remaining time value. Short-term trading is highly profitable. Writing 52 one-week calls is more profitable than four 90-day calls or one 360-day call.


The money value of longer-term calls is higher, but there are two problems with selecting those contracts. First, you accept a longer time for exposure, meaning a greater change the call moves in the money and the underlying gets called away. Second, annualized return is better on one-week and two-week calls than on the longer-term alternatives.


The option price is determined by historical volatility of the underlying; and the more danger in ratios like the debt ratio, the greater the market risk. A study of two companies with exceptionally high debt to total capitalization ratio is revealing:

In both cases, changes in the debt ratio did not have any obvious relationship to the level of net return (net income divided by total revenue). A logical assumption would be that higher debt translates to higher net return, if the long-term debt is used to expand product and territory. But in this case, net return was not affected by higher debt.


Although there is nothing illegal about using debt to pay higher dividends, it is not a wise use of working capital. It would make more sense to hold long-term debt at the same level and reduce dividends per share. But that would be unpopular.


Options traders may be aware of higher dividends per share and may even use this as a method for picking stocks to write covered calls or uncovered puts. But the choice is limited unless two other fundamental trends are also studied: long-term debt to total capitalization, and net return. There are a good number of companies that have managed to increase dividends every year while also increasing net return and maintaining a cap on the debt level relative to total capitalization. And in those cases, option profits do not suffer, even though overall market risk is lower.


This comes down to a logical conclusion: You do not need to take equity positions in volatile and high-risk stocks to achieve better than average returns on options. This is true especially for covered calls and uncovered puts. It is a mistake to make selections on any one fundamental test, such as dividend yield or dividend per share. That test makes sense only when studied in conjunction with long-term debt trends and net return. These tests should be applied over several years. The examples of Lockheed Martin and Philip Morris made this point. Both paid impressive dividend per share and increased the dividend every year without fail. For some investors and traders, this test is enough. But it does not tell the whole story.


No single test – fundamental or technical – is reliable enough to use exclusively. The strength of a fundamental indicator is made more powerful when two or more factors are considered. This idea – for example, evaluating several years of dividend yield, dividend per share, debt to total capitalization ratio, and net return, makes the analysis more insightful and leads to more informed decisions.


Options traders easily fall into the trap of focusing just on premium yield, while ignoring degrees of risk in the underlying. Even though many traders shun fundamentals and favor technical analysis, there is value to be gained from articulating the fundamental strength or weakness of the underlying as a starting point. This emphasis also leads to insights about the value of historical volatility (a true test of risk) versus the fuzzy estimates and unreliable conclusions of implied volatility.


Michael C. Thomsett is a widely published author with over 80 business and investing books, including the best-selling Getting Started in Options, coming out in its 10th edition later this year. He also wrote the recently released The Mathematics of Options. Thomsett is a frequent speaker at trade shows and blogs on his websiteat Thomsett Guide as well as on Seeking Alpha, LinkedIn, Twitter and Facebook.