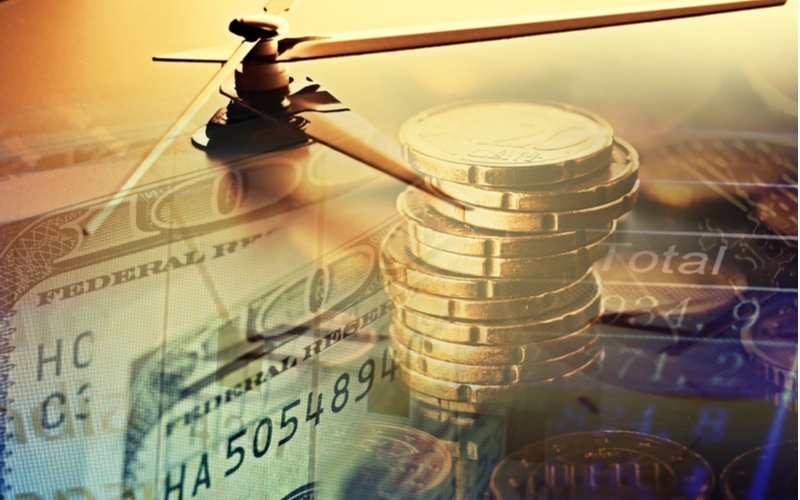 Options traders dealing in arbitrage might not appreciate the forms of risk they face. The typical arbitrage position is found in synthetic long or short stock. In these positions, the combined options act exactly like the underlying. This creates the arbitrage.

For example, opening a long call and a short put at the same strike ands expiration is likely to create a zero net cash position, or close to it. For this reason, the synthetic is ideal because there are two benefits. For the long call, any appreciate is entirely a net profit because no cash had to be paid up front. For the short put, time decay is entirely advantageous because if the underlying declines by expiration, the put is profitable; and if it does not move at all, the put’s lost time value also generates a profit. This synthetic long stock position is only one form of arbitrage.

A synthetic short stock is the opposite, combining a short call and a long put. The same arguments apply regarding profits and potential advantages based on underlying movement in either direction.


A naïve point of view would be that synthetic positions are entirely without risk, because you profit regardless of how the underlying behaves. This ignores the reality that risk is not limited to the profit or loss in the position. There are other risks to be considered, and there is no such thing as a position without any risks.


The interest rate risk must be analyzed before entering a synthetic position to exploit the arbitrage involved. It is easy to ignore this risk, but cash flow is always a part of trade considerations. For example, the trade’s value relies on interest that could be earned on a credit balance used to carry the debit between entry and expiration or close. Because market rates change, risks can change as well. For ex ample, if your profit relies on earning a 7% return on your credit balance, what happens if interest rates fall to 4%? This change in market rates reduces the true net profit when cash flow is considered. If you are holding a debit balance with an assumed interest of 5%, what happens if the market rates rises to 7%? This represents a 2% reduction in profit or realization of a loss.


Another form of risk to be aware of is pin risk. This is the risk that the closing price of the underlying will be exactly at the money for the synthetic position. This is the result of price pinning to the closest rounded price, or execution price of the option.

When the price at expiration is above or below the strike, you will realize a profit from one side or the other. But when the price is exactly at the strike, there is a dilemma. If a short call can be exercised based on last-minute price changes, it creates a problem. If a short put is going to be exercised, you end up with shares you didn’t want. The net outcome could represent a small profit if the synthetic set up a net credit, or a sham loss resulting from a net debit. However, the realized net profit changes significantly due to transaction costs if the shares acquired are to be sold. There will be transaction fees on the way in as well as on the way out.


The execution risk should not be ignored. In studying synthetic positions, the outcome may appear foolproof with underlying movement in either direction. However, if the short side is exercised, you either must pay for stock or acquire stock, and it is likely that neither outcome is desirable. In trying to avoid this, traders tend to roll ITM sides of synthetic positions forward. But rolling to avoid exercise has consequences. These often consist of collateral requirements higher than expected for uncovered short positions. The original arbitrage, then long forgotten, could be replaced with growing collateral and paper loss possibilities.


The execution risk is not limited to the most apparent form, that a short position will be exercised. It also includes the possibility of increasing net paper losses that may have to be realized at some point; and the increasingly expensive collateral required to carry a rolled position in the hopes of avoiding exercise.


Traders also need to be aware of dividend risk in a synthetic position. The holder of stock expects to receive a dividend based on value before ex-dividend, but dividends can be reduced or skipped. This affects much of the expected profit. Entering a synthetic position when 100 shares of stock are held appears at first to be a good way to remove exercise risk for synthetic short stock trades. Exercise would not be a net loss because the trader owns shares (assuming the purchase price was lower than the strike). If not exercised, the short call expires worthless. It appears a perfect solution, but any changes in dividend lead to possible loss of profits.


Another dividend-related risk arises due to dividend capture. If your short call is in the money immediately prior to ex-dividend, the owner of a long call may transact early exercise, acquiring stock and then earning the dividend with as little as a one-day holding period. This may also destroy a synthetic strategy based on reduced risk plus earned dividends.


Anyone opening synthetic positions in the futures market also faces settlement risk. The short side of a synthetic futures option trade is at risk of exercise. While this is easily avoided by rolling or closing, it represents a loss, and this could be a substantial loss. Many traders who understand stock forms of options may be out of their element when it comes to the futures market. It is by no means the same type of market, and settlement risks can grow suddenly and, of course, unexpectedly.


The point to keep in mind about the “perfect” synthetic trade is that arbitrage always appears to solve all the problems of price movement. Realistically, however, the different forms of risk cannot be ignored. Far too many options traders realize net losses because they did not think it was possible to lose money on a “sure thing.”