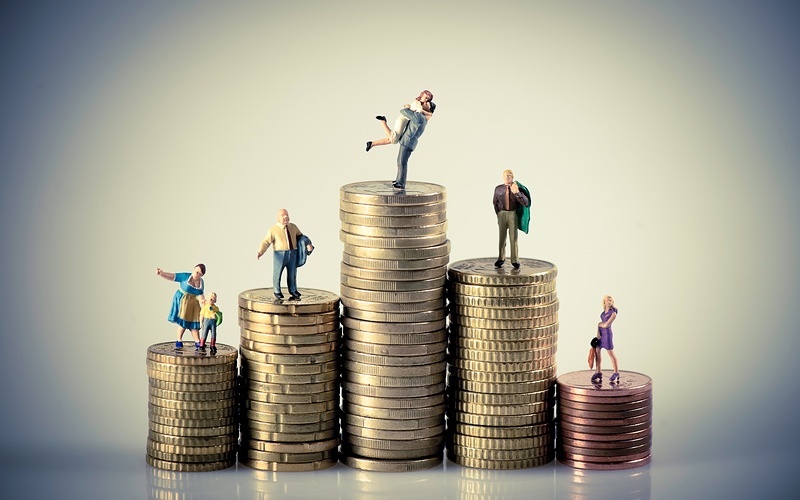 There is more than one way to look at every situation. My individual perception may be different from yours. Part of the time there may be room for interpretation because the ‘facts’ are soft and may be considered from different points of view. At other times, the facts are undisputed, but people have different interpretations. Here is one example.

Do you have a loss?

Let’s look at a simple situation. You invested $10,000 in the stock market. Today you can sell those positions and collect $7,000.

I find it quite surprising that many people believe that they did lose money while a segment of the population believes there is no loss yet.

Yes, there has been a loss

Here’s how I look at it:

Pretty much the whole world recognizes that an investment may have been worth $10,000 at one time but that $3,000 has been lost and the current value is only $7,000.

The argument in support of believing there is no loss is this:

The large group of people who accept those arguments do not recognize reality. This is important to us because it affects how we think — and thus, how we act.

Almost all traders accept the truth that managing risk is an essential part of being a successful trader. Those traders also share the opinion that it is unacceptable to incur a large loss and that it is necessary to take some defensive action when a position is losing money and has become too risky to hold. That defensive action is (more often than not) to exit the trade, take the loss, and move on to another trade when the time is right.

However, people who believe that they have no loss currently (even though they may admit to being at risk of losing money) may stubbornly refuse to take defensive action. If they believe that closing the position is the act that creates the loss then they will hold onto risky positions, hoping that the loss will disappear. The reason this is a very poor way of thinking is that they tend to hold bad positions when successful traders understand the importance of getting put of losing trades (accepting the fact that the money has already been lost) and reinvest (at the proper time) the money into a better (less risky, more chance to earn a profit) trade.

The innocent-sounding mindset that has people believing that a loss is not a loss until it becomes realized (i.e., position closed) keeps them locked into less than satisfactory positions. And that cannot be good for long-term results. Then there is this point: If the position does recover and the $3,000 loss disappears, they feel vindicated and ignore the fact that other positions would have earned double or triple that $3,000 over the same time period.

Rethink your position if you believe that a losing trade has not yet ‘lost’ money.