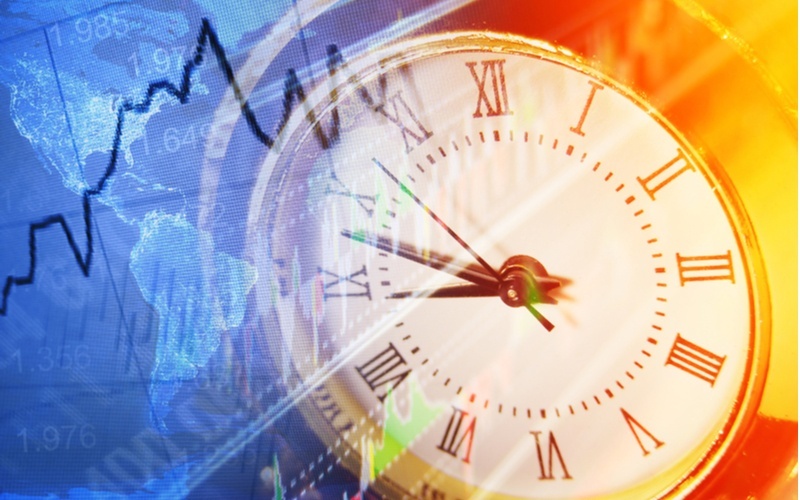 Most traders would agree that it would be a great advantage to decide whether to exercise an option with knowledge about past performance. Being aware of the odds an option will expire worthless gives the trader a significant advantage.

This is where the lookback option enters the picture. Also called a hindsight option, the lookback reduces the uncertainties of timing. In exchange, the lookback is more expensive than the standard option contract.


These contracts are bought over the counter (OTC) rather than on one of the commonly used exchanges. Once the option is purchased or sold, the trader can review underlying price over the entire life of the option and may exercise based on the best available price of the underlying. It makes sense to exercise at the widest price separating strike and underlying price.


Lookbacks are cash settled at execution. A buyer receives cash based on the most beneficial price level of the underlying over the life of the option; sellers pay the lowest possible settlement price on the same basis. If a profit is earned, the trader benefits; if a loss, the trader pays the difference.


Lookbacks come in two forms, fixed and floating. With a fixed strike, the strike itself is set and cannot be changed. This is just like most standard options. However, the major difference is that the trader can settle by picking the most profitable underlying price during the time the option was open (or picking the lowest possible net loss). Settlement occurs based on this price selection rather than based on the more commonly applied current strike and underlying price.

A fixed lookback solves the problem of when to exit the market; and a floating lookback solves the problem of when to enter. This enables a trader to better manage timing on one side or the other. As anyone can imagine, traders are expected to pay a higher price for options granting these benefits, than would be paid for a non-exotic call or put based on the traditional action of strike and underlying price.


Example: An underlying stock trades currently at $25, and this price exists at both the start and finish on an option’s life. During this time, the highest price was $30 per share and the lowest was $20. With a fixed strike lookback option, the strike price will be set at $25. The best available price was $30. The net profit is $5 per share: $30 - $25 = $5.


With a floating strike lookback, the lowest price was $20, and maturity was $25. The holder’s profit is also $5: $25 - $20 = $5. The profit for each version is identical because the underlying moved the same number of points above and below the strike, during the holding period.


By adjusting assumed opening, closing, highest, and lowest prices, it can be calculated how the outcome will appear. For either call or put, if the lookback never moves in the money, the outcome would be a net loss; but because of the lookback feature, this loss is set at the lowest possible level. In either case (profit or loss), the result is the optimal that can be realized.


With maximized profits or minimalized losses, the chronic problem of timing is solved, either for entry or for exit. A trader may select a fixed or floating contract based on the premium cost of each, as well as of whether entry or exit is perceived as the greater problem. In addition, chances of worthless expiration for a long option are greatly reduced, further explaining why lookbacks are more expensive than other option contracts. A trader pays for the safer assurances involved with a lookback contract.


The lookback is described as path dependent because the outcome (profit or loss) is determined not only by the direction of underlying price movement, but also by the extent of that movement. The all too common realization by traders that their timing was poor, is solved by the lookback. This explains the motivation for trading the lookback. It provides a form of insurance that profit or loss will be optimal, but it remains uncertain whether fixed or floating will be better in each case. The trader must decide individually which makes more sense. This decision often depends largely on the characteristics of the underling – its historic volatility, long-term price range, and speed of price change. Although this selection describes all options, with the lookback, traders can reduce the uncertainties of market timing, for which they pay for the insurance lookbacks provide.


One of the most chronic problems traders face is deciding when to exit. If too soon, added profits can be missed; if too late, previous paper profits may evaporate. With the lookback these problems are eliminated completely. It may be thought of as a type of “remorse insurance.” Every trader understands all too well that feeling of remorse resulting from poor timing.


There is a premium to be paid for this benefit. The typical lookback option may cost as much as twice the cost of a typical European style contract. Even so, there is an added benefit to the fixed lookback. When the underlying reaches a new high (for a call) or low (for a put) since the date the option was entered, a payoff is locked in for the option. This is the minimum the treader will realize. It may end up being higher if underlying price continues to rise (for the call) or fall (for the put). Higher volatility is advantageous for the trader since this translates into more variability in the underlying price.