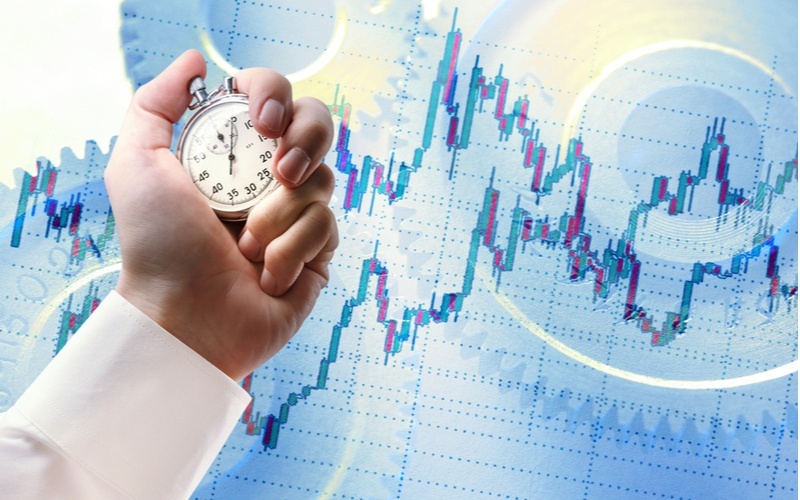 The “ratchet option” is so-called because as a series, each successive position activates when the previous option has expired. The trader ratchets up (or down) to the next position. Each one is set up to be as close to the money as possible. It has many names, including cliquet, moving strike, ladder, lock-in, or reset option.

The ratchet is like the better-known Asian option. In this version, payoff relies on the average price of the underlying over a predetermined period. This contrasts with American and European options, in which payoff depends on underlying price at maturity (or during the period it is active). The trader can buy or sell the underlying at the average price rather than the current price. It has been averaged up or down.


The ratchet, also called a cliquet option, sets up payout over a period, to be set according to average price. But the math is not the same as the Asian option because no payout can occur at a level of zero for options that become worthless.


The ratchet locks in gains if predetermined underlying prices (ratchets) are reached. These prices, or rungs in the pricing ladder, are set at specific price differences above strike (for the call) or below strike (for the put). These often are set in one-dollar increments. For an underlying of $35, for example, a ratchet call’s rungs may be $36, $37, and $38. For a ratchet put, the rungs will be $34, $33, and $32.


At maturity, the payoff will be the difference between the farthest rung reached, and exercise price. If the option does not reach any of the rungs, it expires worthless. For example, if a ratchet call reaches $37, payoff will be $2 per contract, regardless of how far underlying price then declines. For a ratchet put, the opposite is true. If the underlying declines from price of $35 down to $34, payoff will be $1 even if the underlying later rebounds. In both cases, the gain is locked in and will be paid.


The number of payout settlements is identified in the contract. For example, za one-year ratchet with four payout dates will be made quarterly. A 3-month option with 3 payouts dates would occur once per month. Traders can opt to receive payments at the point of each expiration, or at the conclusion of the full period, at final maturity. Because each ratchet is set based on current underlying price, the earned payout is fixed at that point.


Because payout depends on volatility of the underlying, the advantage to a ratchet position is greatest when volatility is high. Of course, the profitability also relies on direction of underlying movement. If a ratchet is set up and the identified levels are never reached, the position expires worthless – at least for each individual ratchet. Traders may enter a position with several payouts and accept a loss on some in exchange for exposure to profits on others.


Because each ratchet’s strike is determined by the current underlying value, a loss is not final but part of a series. Higher than average volatility improves potential for profitable outcomes. For underlying issues that tend to offset gains with losses, the potential overall, profit from the ratchet adds an element of potential for seen with individual options.


As a matter of probability, chances are that an issue with high volatility will continue to exhibit high volatility, and one with low volatility will be likely to continue that pattern as well. It is not a guarantee, but a likely result. Traders who have tracked Gamma over many  months or even years, might decide to enter a ratchet position based on either calls or puts (or a combination using both) for notably high-Gamma issues. The likely continuation of high Gamma outcomes is stronger in this case, than it would be for an issue with constant or inconsistent Gamma.

For many types of options, including the ratchet, are subject to the statistical concept of regression toward the mean. This is an observation that even for the most random events, an outcome above or below the mean (average) is likely to be following by a reversal back toward expectations. Charles Darwin’s cousin Francis Galton first observed this through his study of physical traits which has become known as eugenics. Galton wrote a book called Heredity Genius in 1869, made the point that sons who were much taller than their fathers were not likely to have sons who were taller than them, but more likely to have sons who were shorter (regressive). This also applied to IQ, artistic abilities, and of course, options and stock prices. A rise in price is not necessarily followed by another rise, for example. And this is where the ratchet option can be valuable.


Based on Galton’s observed regression toward the mean, it is likely that an underlying (even one that rises or falls significantly over time) is likely to exhibit a series of price moves that occur first in one direction, and then in the other. The ratchet exploits the likelihood of regression toward the mean, especially for price behavior within one year or less. The longer-term trends may be bullish or bearish, but for most option trades, regression can help exploit the statistical likely outcomes.

This solves the problem every trader faces: Will the short-term price of the underlying rise or fall? Traders cannot rely on past price movement, or on known timing of earnings, dividends, and other influences on the price. By entering a series of successive positions with strikes determined by current price rather than past movement, traders can enhance their trading experiences and payoffs.