Iron Condor vs. Iron Butterfly: Which One is Better?

Iron Condor and Iron Butterfly are both very popular strategies. Both of them are usually used as non-directional strategies (although butterflied can be used as a directional trade as well). Both trades are vega negative and gamma negative, but there are also few important differences between those two strategies.

Iron Condor is a vega negative gamma negative trade. Choosing the strike prices for your iron condor position – and deciding how much cash credit you are willing to accept for taking on the risk involved – are irrevocably linked. If your strike has lower deltas, you will get less credit, but also higher probability. As we know, Risk/reward and Probability of Success have reverse relationship. 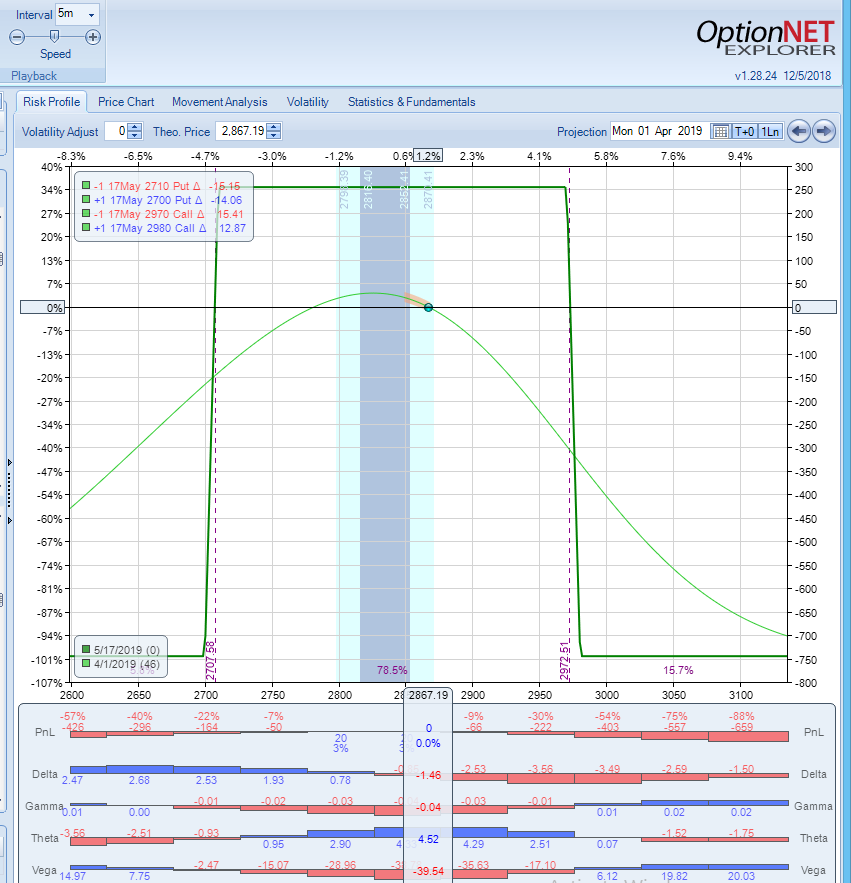 Iron Butterfly spread is basically a subset of an Iron Condor strategy using the same strike for the short options. 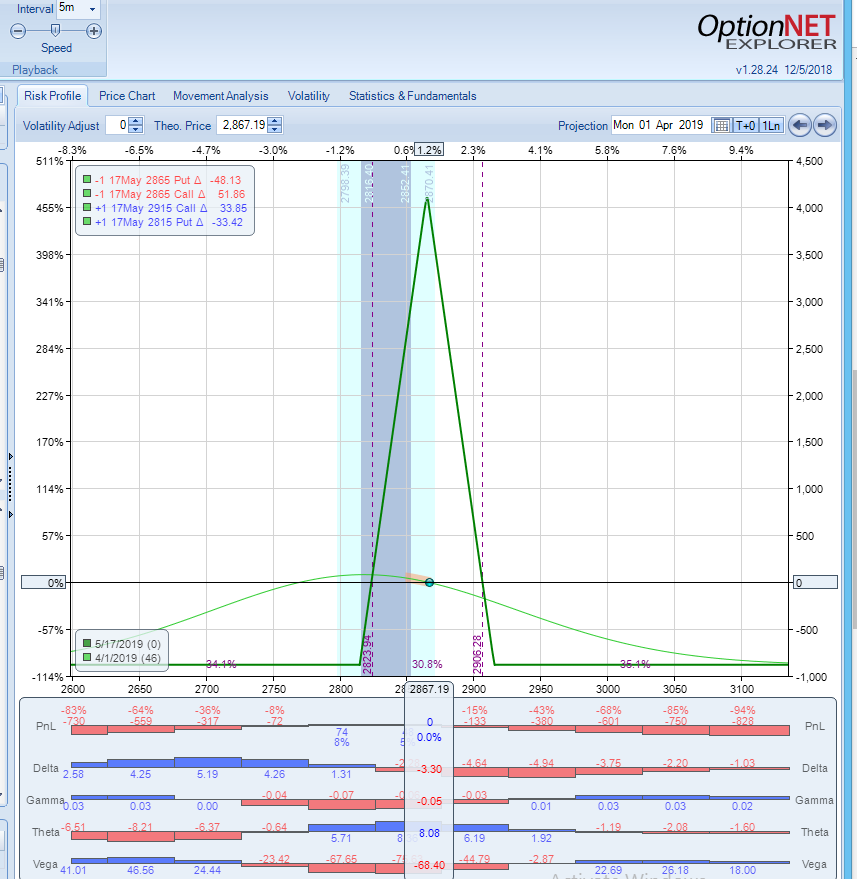 Which one is better?

As you can see, there are tradeoffs to each strategy. Both strategies benefit from range bound markets and decrease in Implied Volatility. The Iron Butterfly has more narrow structure than the Iron Condor, and has a better risk-to-reward, but also lower probability of success. If the underlying stays close to the sold strike, the iron Butterfly trade will produce much higher returns.

Both strategies require that the underlying price stay inside of a range for the trade to be profitable. The Iron Condor gives you more room, but the profit potential is usually much less.

The bottom line is that the strategies are pretty similar because they profit from the same conditions. The major difference is the maximum profit zone, for a condor is much wider than that for a butterfly, although the tradeoff is a lower profit potential.