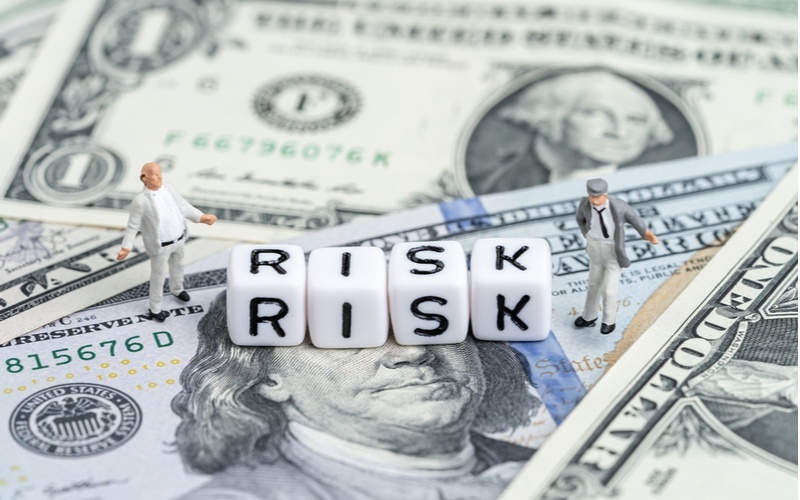 Traders may tend to think of risk in purely mathematical terms. It can be quantified by analysis and by a deep understanding of probability. But there is more to this than just the math, and for options traders, some of the intangible considerations might have more impact on trading decisions than the formulas.

Options traders tend to like models and want to perform modeling exercises to somehow identify ideas with maximum profit potential and minimum risk. In fact, though, there is a reality about risk and its perception that can defeat even the most cautious approach: “If conditions are perceived to be less risky, then people may take more risk, and if conditions are perceived to be more risky, then the amount of risk taken may be reduced.” [Parsons, K.A., M. Butavicius & L. Ferguson (2010). Human factors and information security: Individual, culture and security environment. Australian Government, Department of Defense]

This tendency to equalize risk is not necessarily intentional or even a conscious decision. It is simply human nature. This behavior involves a fear appeal – motivating traders with the threat of danger – or even a greed appeal – encouraging action to take advantage of the current condition – and both share a common flaw. They tend to fall into this risk equalizing type of trade rather than encouraging analytical thought and decision-making based on the science of probability.


Failing to properly understand risk invariably leads to losing money or opportunity, and at times both. Options traders can act as contrarians when these situations arise. While everyone else is bullish, options traders can take bearish positions based on analysis of the technical signals. Some people believe that a contrarian is just someone who acts in the opposite way than the majority. But this in accurate. A true contrarian acts according to logic and analysis rather than according to emotion or gut instinct.

A closely related problem is one of experience. As traders gain more experience, risk awareness tends to decline. This happens because some traders come to believe that experience is a suitable substitute for analysis and for caution. Traders at all levels of experience will see more consistent results (improved profits and reduced losses) when they are acutely aware of risk tolerance boundaries. Most traders have some idea of risk tolerance, but not of these boundaries and that is where poor decision are most likely to occur:

… just as a traveler would be foolish to set out on a journey without packing provisions and studying a map to find the optimal route, a good idea isn’t enough to make a successful business venture. Among the many measures a company or organization should take before setting off on a new project, one of the most important is an assessment of the inherent risks. [Ayyub, Bilal M., Peter G. Prassinos & John Etherton  (2010). Risk-informed decision making. Mechanical Engineering 132(1), 28-33]

Controlling risk levels, which often is not possible, will help traders remain within their risk tolerance zone. However, because traders often are surprised when option pricing behaves other than as expected, it is healthy to keep in touch with that appeal to fear. It aids in identifying the true risks at hand when it might otherwise not be obvious.

Traders also tend to ignore fear as they gain experience. However, experience merely replaces the fear of loss with a different type of risk. This familiarity risk is keenly severe for experienced traders, because the experience itself may cloak very real risks associated with a trade. For example, if you have executed a series of successful covered call trades, over time the actual risks may become invisible.

Those risks include the chance of the underlying rising significantly and placing the short call in the money, early exercise, dividend capture resulting in the underlying being called away, or simply poor timing of the trade (for example, with expiration taking place in the same week as ex-dividend date, or immediately after earnings announcements, where earnings surprises can distort everything). The fundamentals may also have changed since the series of trades began, meaning risks are not the same as before.

Another form of risk beyond the tangible one of probability analysis, is desirable risk. This is a common problem form options traders and explains the perception that some forms of risk are desirable. Options traders may define themselves as conservative but make speculative or even reckless trades. Others may select highly volatile underlyings because option premium is richer. This desirable risk should be understood as potentially against the stated risk tolerance of the trader. It is an easy trap to fall into because the desire for fast and exceptional profits may overtake risk awareness.


Some options traders forget to make distinctions between a probability of a loss taking place, with the impact it could and would create. For example, a trader might find uncovered calls exceptionally attractive because (a) risks are the same as those of covered calls but there is no need to tie up capital in an equity position; (b) a series of similar traders have always yielded profits; or (c) they can be closed early or rolled forward if the puts go in the money. The failure in this example might be to not perform both sides of the analysis. Probability of occurrence (of exercise, for example) might be very low because the trader opens positions far out of the money. But at the same time, if the loss does occur, what is the impact? Having to buy shares could be catastrophic, especially in situations of very high-priced underlyings, or when several puts are opened at the same time.

The point of all this is clear: Risk is not limited to a perceived model of probability, or to what may be considered the advantage of experience. It could be that models will not help in truly managing risk, and that experience can blind a trader to the level of risk and the impact of risks being realized.

Michael C. Thomsett is a widely published author with over 90 business and investing books, including the best-selling Getting Started in Options, now out in its 10th edition with the revised title Options. He also wrote the recently released The Mathematics of Options. Thomsett is a frequent speaker at trade shows and blogs on Seeking Alpha, LinkedIn, Twitter and Facebook.