Can You Really Make 10%/Month With Iron Condors? 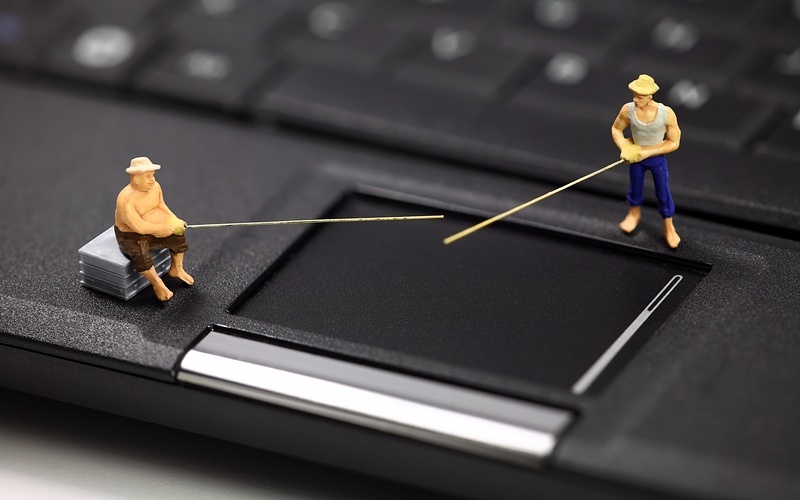 Iron Condor is a combination of bull put credit spread with a bear call credit spread. When used correctly, Iron Condor can be a very profitable strategy resulting healthy monthly returns. realistically speaking, how much can you really make trading the Iron Condor strategy?

Many of them actually recommend placing 70-80% of your account into those trades (and keep the rest in cash). They claim that since they have 3-4 trades (usually on the broad market indexes like RUT, SPX or NDX), it provides them the necessary diversification. What they fail to mention is the fact that those indexes are 90% correlated and tend to move in tandem. To me, this is not diversification.

To add insult on injury, many of them recommend placing 80% of your account into weekly trades. To me, this is a financial suicide.

I love Iron Condors and I trade them regularly when the conditions are right.

In the long run, those trades can produce a steady 8-10% gain per month. Depending on the deltas of the sold options, they usually have pretty high winning ratio. You can expect to win in 8-9 months per year.

The trick is not to lose much in the losing months. Of course this is easier said than done. With proper risk management, most of the time this goal is achievable. However, once in a while, despite all the good efforts, the Iron Condor trade can lose 40-50% and there is nothing you can do about it.

To reduce the possibility of a big loss, I have few strict rules for Iron Condors:

So what is the problem?

As long as you follow those rules and don't allocate big portions of your account to those trades, you should be able to survive few occasional losses. Here are some mistakes that people do when trading Iron Condors and/or credit spreads:

Unfortunately, some options "gurus" make those mistakes on a consistent basis.

What can go wrong - a case study

To demonstrate what could go wrong with this approach, let's go back few weeks, to Friday April 12. RUT has been on a steady climb, and you decide to place a bull credit spread using weekly options expiring the next Friday. With RUT at $943, you decide to sell the 920/910 put spread for $0.67. If RUT stays above 920 by next Friday, that's a potential 7.1% gain in one week. Not bad. If you can do it week after week, you are going to be very rich. 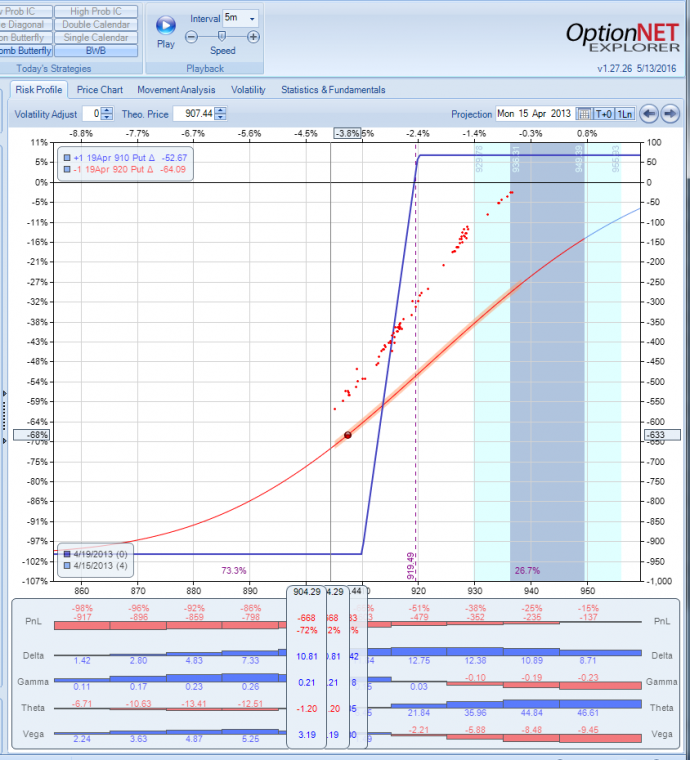 The big loss was caused by 2 factors. The first one of course is a sharp and quick move. The second one is a sharp increase in the IV (Implied Volatility) of the options due to the sharp move. Iron Condor is a vega negative trade, and any spike in IV has a negative impact on the trade, multiplying the loss.

The easy excuse - blame the market

Market conditions play a big role in the success of this strategy. The recent market strength has been tough for credit spread traders. Implied Volatility has been on a steady decline, and options premiums simply do not justify the risk. In order to get a decent credit, you had to go closer and closer to the current price every cycle. And when IV spikes, the trade can be a big loser.

Many options newsletters that trade exclusively credit spreads have experienced heavy losses. Some of the subscribers have reported losing as much as 80% of their accounts. By the way, if you are not a subscriber, you probably not going to see those losses in the track records. Many newsletters use a trick called "rolling" that allows them to hide the loss almost as long as they wish. In some cases, after heavy losses they simply "reset" the old portfolio and start a new one from scratch.

It is very easy to blame the market, Mr. Bernanke, the irrationality of other investors etc. The simple truth is that allocating 80% of the account to credit spreads and presenting it as "safe and conservative strategy" is very misleading. Credit spreads can be very brutal and should be treated with respect.

At SteadyOptions, we trade credit spreads too. But they are always part of a well diversified options portfolio and never exceed 20% of the account. We also hedge them with gamma and vega positive trades to reduce the risk. This is why we are doing so well and have never experienced a major drawdown. If you are still not a member, we invite you to take the SteadyOptions free trial and see by yourself. Please refer to Frequently Asked Questions for more details.