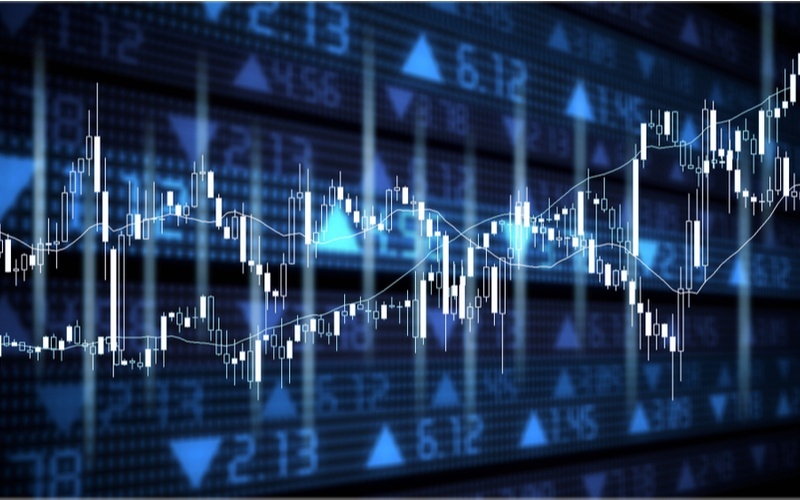 The binary option involves two possible outcomes, which are determined by whether the contract expires in the money. To profit from a binary option, a trader needs to be on the desired side. Exercise is automatic for these products, so that a profit or loss is added to or taken from the trading account immediately upon expiration.

A buyer will either get a payout or lose the entire investment, with no other possibilities – all or nothing. A seller of the binary option either keeps the premium paid by the buyer or must make a payout. For the two sides of the trade – buyer and seller – one makes a profit and the other has a loss. The amount of profit and loss is set in advance and is fixed. Traders also are not allowed to cover the open option by taking a position in the underlying. This sounds simple enough, just like a bet on the roulette wheel for red/black, even/odd, or high/low. 50/50 is easily comprehended by traders, and options traders – accustomed to a variety of possible outcomes – might find this idea appealing. But it is not all that simple in practice.

A problem with binary options is that fraud often has occurred in trading. Regulators in many jurisdictions have banned trading in binary options because of this. For example, Europe and Australia have completed banned retail binary option trading, and investigations have taken place by the U.S. after allegations of fraud were made. The FBI issued a report on this problem.

The problem involves big money. Hundred of complaints adding up to millions of dollars were filed by 2016. These were only the reported cases, and the total instances cannot be fully known. In some European countries, for example, the estimate has been made that options fraud is responsible for at least one of every four fraud complaints filed.


The types of fraud take three forms, according to the FBI, and most perpetrators are overseas, making it challenging to regulate their activities. The first form of fraud happens when customers trading binary options are not given funds they have earned. Inquiries often are met by ignored phone calls or emails. The second type involves identity theft, where binary option operators tell traders they must provide copies of credit cards, passports, and other personal data. Third is manipulation of the software used to track trading activity. Prices are distorted and even expiration dates may be extended for the winning side of the trade, so no payout is generated.

Fraud has been widespread in some jurisdictions, and website operators advertise widely to recruit unsuspecting traders. They have promised low risk and easy profits, as well as excellent customer service. Many operate as boiler rooms, pressuring unsuspecting traders to jump on the bandwagon to “big money” with “once in a lifetime opportunities” to get rich. Sadly, this boiler room approach continues to work on some traders, and a focus may be on the inexperienced trader who knows little or nothing about options. The promise of low risk and easy riches ids appealing to many.

The FBI has estimated that these overseas operators may have  fraudulently stolen as much as $10 billion worldwide, going so far as to use names of famous people and fake endorsement claims, to add an air of legitimacy to the scheme. [Weinglass, Simona (March 4, 2017). “As Israel-based financial fraud soars, police swoop on 20 suspects as part of global, FBI-led strong.” The Times of Israel]  The fraud is such a serious problem that advertising for the products has been banned by Google, Facebook, and Twitter as of 2018.

A big problem for binary options is their gambling attributes. Brokers (the house) have an edge over traders just like casinos, so the binary market is not a level playing field. These have been advertised for traders needing little or no experience in the options market, claiming for example that it is so low-risk and easy to win that anyone can make a profit. Realistically, the edge enjoyed by the promoters is significant. You need to win more than half of your trades just to break even because of the charges paid by the operators, and because the realistic and seemingly obvious odds are 50/50, it is unlikely that any traders can realize consistent profits.

Even with the widespread fraud known to exchanges and regulators, these products can be traded on most U.S. exchanges, and were approved as long ago as 2008 by the CBOE. They are called “fixed return options” (FROs) and use a settlement index, in theory to reduce the danger of price manipulation. CBOE offers these on the SPX (ticker BSZ) and the VIX  (ticker BVZ).

For traders who must trade in binary options, a few smart steps are recommended.


The wise approach to binary options is to proceed with caution. Even with public listings on index underlyings, the claims of low risk should be questioned. It can be assumed that U.S. regulators, offering binary options domestically, are able to carefully monitor and control how prices are set and tracked. Even so, nothing is a sure thing despite claims to the contrary. Some traders continue to pursue overseas website-based binary option products without verification, even with knowledge of the warnings by worldwide regulators.

Michael C. Thomsett is a widely published author with over 80 business and investing books, including the best-selling Getting Started in Options, coming out in its 10th edition later this year. He also wrote the recently released The Mathematics of Options. Thomsett is a frequent speaker at trade shows and blogs as well as on Seeking Alpha, LinkedIn, Twitter and Facebook.