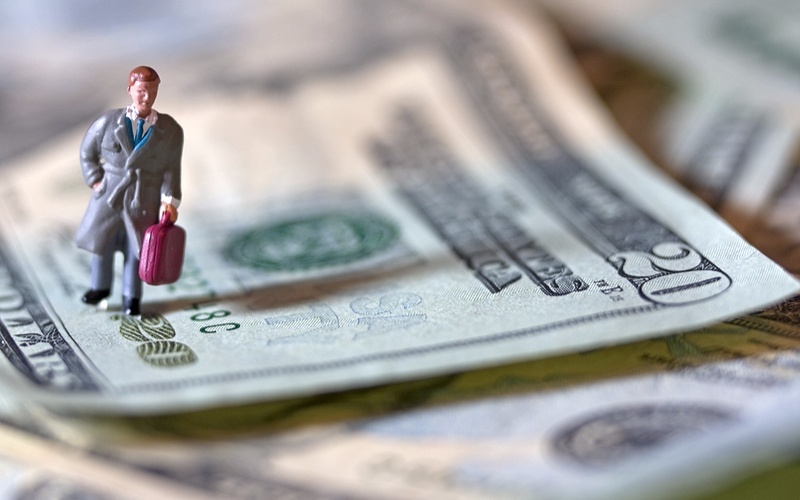 There is a subset of option traders who seldom, if ever, are willing to pay cash.  All  initial trades, all adjustments, all rolls – must be made at a net cost of zero or less.  The only exception occurs when exiting a trade and collecting a profit. Can it always work?

When selling premium, it's natural to begin by collecting more cash for options sold than you pay for options bought.  And those who sell naked options never think about buying protection or limiting losses – because it cannot be done for free.  The following discussion of this specific trader mindset refers to trading spreads rather than naked options, although the principles are the same.

The opening trade is easy.  The traders wants to collect a cash premium and choose one of a bunch of strategies that enable him/her to do that.

This part is more difficult.  If all goes well and time passes, then the option values decrease and may eventually reach a point that our trader is willing to spend a small sum to exit the trade.  However, it's likely that the position will be held, hoping all options expire worthless.  Paying a few nickels to exit a trade and eliminate all future risk is not a popular idea.

One of the problems with this mindset occurs when the market does not behave in a manner that is friendly towards our trader's position.  Premium selling and negative gamma are close relatives.  When the market goes against  a position, further moves increase the rate at which losses increase and the position becomes more dangerous.

Traders with a more normal mindset: "This position requires an adjustment because my current risk is too high and I must avoid a large loss" have no trouble making good trades that reduce risk.  Most of the time these trade involve spending cash.

The strategy tends to be to buy something and spend cash.

However, the trader with the mindset under discussion: "I don't want to pay cash for any option trades.  I do want to prevent large losses, but I will find a way to protect myself with no cash out of pocket" has a more difficult time managing the trade.

Clarification: It's may not seem to be a more difficult time for the trader.  He/she is happy to sell extra premium because it affords an opportunity to make even more money.  However, these traders increase overall risk and do almost nothing to take care of the current problem.

When the market rallies and the position is short too many delta, this trader does recognize the need for making an adjustment.  At those times, the most obvious first choice (for the 'take in cash' traders) is to sell some puts.  That not only adds cash to the coffers, but it adds positive delta.  That's a feel good trade.  However, it's very short-sighted.

What's wrong with getting some useful positive deltas by selling puts?  Two things.  First, it does almost nothing to reduce the current upside risk. The only upside benefit is to keep most or all of the put premium collected.  However, that cash is not enough to offset the losses that accrue as the market marches higher and negative gamma soon makes the position lose money more quickly that it did before the adjustment.  Second, the position now has risk where none existed – downside risk.  And for what?  For the cash collected to 'protect' the upside.  Selling those puts is not a good idea. 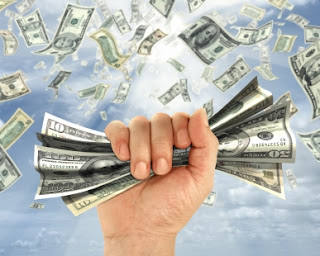 Surely that's a good risk-reducing technique, says our trader.  Well, 'yes and no' says I.

Rolling works when you move to a good position and exit the risky trade.  However, with cash as the driving force behind the roll, the trader often rolls to a position that is already too risky for an initial trade.  It feels good because it includes extra cash and moves the short options farther out of the money.  As I said that feels comforting.

But it shouldn't.  The new trade is probably so far from neutral that it already requires an adjustment.  That sets up even more risk.  And if the call spread was rolled because of a market rally, and if new puts are sold to balance the new position (turn it into an iron condor), then what about those now FOTM puts from the original iron condor? Prudence dictates paying some price to get those puppies off the street, but our intrepid cash collecting trader does not think that way.  In fact, in his/her mind those have already expired worthless and that, in an of itself, reduces the bath being taken on the call side of the trade.

Then there's the situation when rolling isn't good enough.  It's necessary to pay $6 to buy back the (now ITM) call spread and the most reasonable place to roll (to collect lots of cash) is a spread that trades near $4.  Most credit spread traders do not sell 10-point spreads for $4 when the idea is to watch the options expire worthless.  They are far too close to the money.  But the trader with the cash is king mindset will sell 3 spreads for each two bought.  That allows him/her to roll the position at even money (buy 2 at $6; sell 3 @ $4).

Immediate risk is gone and the shorts are no longer ITM.  However, this is a very short delta position, had a potential loss that is 50% greater than the original, and is likely to create additional problems.  Rolling for a cash credit may feel nice, it may make the trader falsely believes that no loss has been taken and that there is still a good chance to collect the entire premium – but it's a hollow belief.  The truth is that risk has increased.  That is not the path to survival as a trader.

This is the easy part for most traders.  Take the profit and move on.  To the cash is king trader, buying in cheap options is a waste of money and the trader believes that options were made to expire worthless.  Another misconception and dangerous belief.

If the mindset described fits you, please at least think about modifying the way you think about trading options – to something more reasonable.

Want to follow us and see how we trade options while reducing the risk?