Short Put vs Buy and Hold 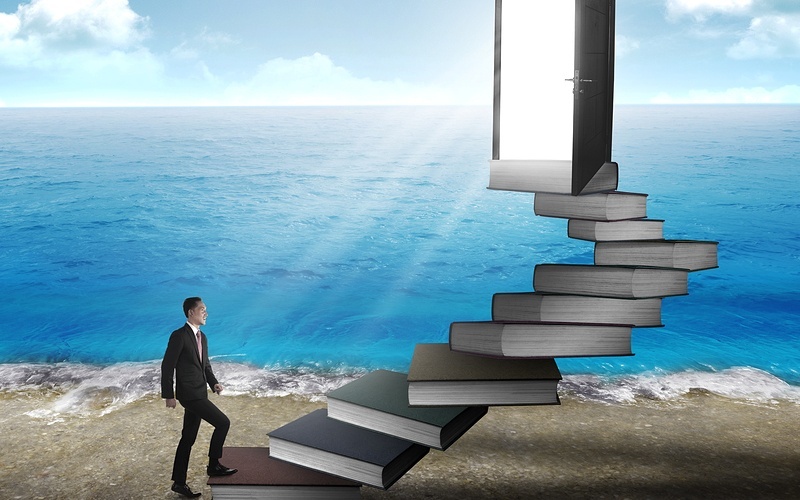 A while ago I discussed a simple strategy that beats most traders which consists of simply being long SPY to obtain market-like returns plus dividends. If 90 - 95% of traders lose money, then following an index with a positive return guarantees you beat a huge % of that population.

If 75% to 90% of "professional" money managers fail to beat the S&P500, then you are also guaranteeing better results than most "professionals". So, overall you are being extremely lazy, keeping trading costs to a minimum, as well as tax liabilities. You are paying very little attention to the markets and still, beating the vast majority of participants while nicely growing your nest egg.

I also argued that perhaps selling out of the money Calls, in addition to holding the index, was even better but I was not sure until I saw the evidence: BXM, an index that simulates a permanent Covered Call strategy on the S&P500 and has beaten the market in almost three decades. I discussed BXM in the Covered Call vs Buy and Hold article.

Well, today I want to talk about another very simple option selling strategy that beats most traders/investors:
Short Puts on the index, the CBOE PutWrite Index (PUT)

Option selling strategies constantly cap the maximum profit in your positions. If you are Short Put options and the market rallies +30% like it did in 2013, then you make money but the buy & hold investor outperforms without question as he didn't put a ceiling to his maximum potential profit. This can be illustrated by the last five years of unstoppable Bull markets: 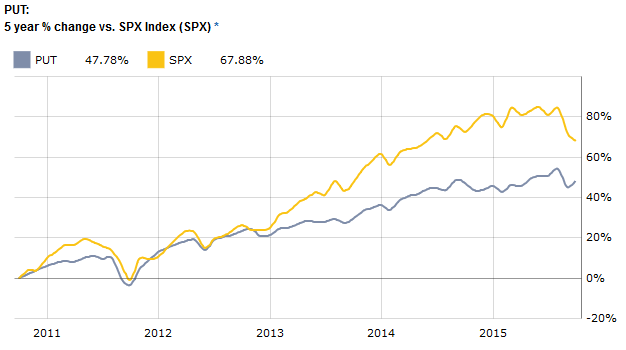 However this is the only scenario where the PUT index under-performs. Option selling strategies constantly reduce cost basis and generate more consistent profits which overtime lead to out-performance over the Buy & Holder and smoother equity curves (Just notice in the small example above how the draw-downs are smaller for PUT).

If you are selling a Put on an index and the market moves sideways you out-perform the buy & holder who went nowhere. If the index goes up, slightly (by less than the premium collected by the Put seller), the Short Put options strategy still outperforms the buy and holder. If the market falls, the Short Put options lose, but the cost basis for the investor is smaller than that of the buy and holder, who is also losing. So, in these three scenarios the Short Put wins over Buy and Hold which only outperforms during very strong markets.

Based on this idea, the PUT index was created by the CBOE years ago and it aims to simulate a permanent Short Put strategy on the S&P500. Taken from the CBOE site:

"PUT is an award-winning benchmark index that measures the performance of a hypothetical portfolio that sells S&P 500 Index (SPX) put options against collateralized cash reserves held in a money market account. The daily historical data for the PUT Index now extends back to June 30, 1986."

So, what is the performance of the PUT Index anyways?
Well, according to the CBOE, going back to 1986 the PUT index has returned +1153% as of this writing, handily outperforming the S&P500's  +807% return in the same period.

What is more remarkable is the fact that it has done so with about 30% less volatility than the S&P500.

In terms of Risk Adjusted Returns, PUT shows a Sortino Ratio of 0.90 vs 0.50 for the S&P500. So, less risk, better returns. It's not that the strategy has obtained better returns because it is "riskier". It is in fact less risky.

Without a question, PUT is a superior strategy than Buy & Holding SPY (as proxy for holding the S&P500). But what about BXM?
Is PUT better than BXM, the permanent Covered Call index?

Again going back to the CBOE data, the answer is an unequivocal yes. Both PUT and BXM have outperformed the SPX and have done so while suffering about 30% less volatility than the S&P500, but in terms of absolute returns, PUT beats BXM. Since 1986:

The next interesting step would be to investigate how a portfolio made up of both PUT and BXMperforms, with half the capital allocated to each index. I'm curious about the potential of that approach where you are owing SPY, receiving dividends from it, selling Covered Calls on it and additionally shorting Puts to constantly reduce cost basis. All happening at the same time. This simulation is possible given the fact that the data on both indexes is public and free. So, I'll see what I can do. Even if the absolute return of this approach is about the same, it could still be worth it if it shows better risk-adjusted returns and even smaller draw-downs. Folks, has anybody seen some research on this? A portfolio combining both PUT and BXM? If so, feel free to share in the comments section.

Another nice thing about PUT is that it is compatible with tax advantaged accounts, like an IRA. Even though deep down, the mechanic is that of naked short selling, in practice you are simply "long" an Index, so it's perfectly legal.

If I were a passive Index follower with a very long term horizon of more than a decade, I would definitely invest in BXM and PUT instead of the S&P500. Without question. That way, I'm not only beating the majority of retail traders and professional money managers. I'm also beating passive index followers in the long run and suffering much less throughout the process (less volatility and smaller draw-downs).

For more information on the PUT index, visit the following CBOE pages:
- Definition and Results at a high level
- The PUT index methodology
- Research on PUT's out-performance over BXM
This article was written by my good friend Henrik aka The Lazy Trader.
The article was originally published here.