Option Volatility and the Underlying 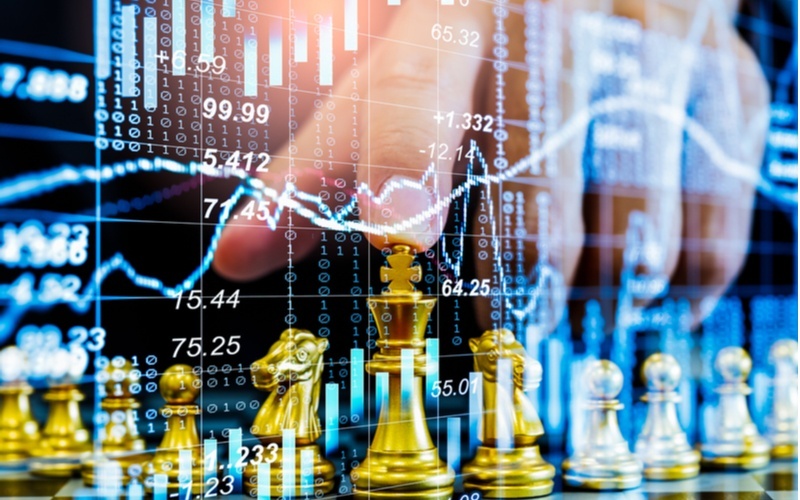 Too often, traders may  make the mistake of associating option volatility with behavior of the underlying issue. However, if you employ a volatility assumption to model how an option is likely to change, remember that pricing models are theoretical. It is only useful for estimating the option risks. It does not indicate how underlying price will move.

Even if you are accurate in assigning a volatility assumption, it only indicates the degree of change, not the direction. The underlying might move up or down, even while the option volatility has been accurately guessed. Secondly, volatility assumption is always based on guesswork, and not on anything reliable. Past price behavior and volatility does not indicate how future volatility will change (or in which direction).


It is fair to assume that an underlying that has been volatile in recent weeks, will be volatile in the future as well. This is also a guess, of course, but a reasonable one. By the same argument, you may assume that a low-volatility stock is likely to remain at the same low level in the immediate future. However, if trades are made solely based on recent price activity, it is a risky venture. The option volatility is always independent of the underlying volatility and price movement. If you assume that volatility is going to be at 30% in the future, this means you expect the option to behave at the 30% volatility level. But this could translate to a premium increase or decrease (before even considering time decay).


A broad assumption is that when markets are declining, an issue is going to be more volatile than when they are rising. Is this accurate? Again, as noted previously, volatility is not really a factor of whether markets are rising or falling. For example, this year the stock market has been extremely volatile even as index-based prices have generally moved to the upside. The true nature of volatility is not determined by price direction, but by the degree of movement (in either direction). Where markets at one time tended to change by 50 points or less each day, the current markets have often moved in hundreds of points. The direction has not determined volatility, but the degree of movement has. This translates to implied volatility in every option contract, but it is an error to assume that volatility tells a trader the likely direction of movement.


Assuming the level of volatility depends on whether underlying prices are rising or falling, is an inaccurate method for estimating future volatility. Even if experience has indicated higher volatility in a falling market, that could change in the next move. Option traders often focus on volatility to such an extent that the assumed relationship between underlying price direction and option volatility is clearly demonstrated. It is not. It may easily vary over time and on a marketwide basis. Volatility also varies between one issue and another.


A related error in observations depends on the price of the underlying. Traders may easily believe that higher-priced underlying issues are more volatile than lower-priced issues. For example, a $3,000 stock might change in one session by 40 points, whereas a $30 stock might move only 10 points. But even though the higher-priced stock moved four times more points, it is not reasonable to compare the two on point value alone. The 40 point movement represents a move of only 1.3%, but the 10-point move represents 33.3%, more than 25 times more:

Most traders understand this distinction but may still react to thew difference and assume the 40-point move is so substantial that it must mean the higher-price stock is more volatile. This is likely to be an unconscious observation, but it is flawed. Traders tend to think in terms of dollars and cents, and a higher dollar value may be assumed to represent more volatility rather than less. This also applies when a different number of underlying shares are compared. For example, 10 shares of the $3,000 stock will cost $30,000. If you own 1,000 shares of the $30 stock, it also is worth $30,000. It is all too easy to fall into the trap of making inaccurate assumptions, even for a trader who is skilled in math.


The more advanced application of a price model may assist in deciding to what degree the underlying price and volatility can be estimated. The constant elasticity of variance (CEV) model accomplishes this, but it is esoteric, and its application to trading decisions might not be so reliable that it can lead to an informed decision. [Schroder, Mark (March 1989). “Computing the Constant Elasticity Model of Variance Option Pricing Model.” Journal of Finance, Volume 44, No. 1, pp. 211-219]


This model is intended to determine a probability modeling of price movement at varying magnitude, to volatility reaction in option premium. Because the actual price of the underlying relative to option premium varies among each issue, there are two problems with this model. First, it is complex and difficult to calculate. Second, it is practically impossible to compare outcomes among different underlyings. This means the time required to complete an analysis is not compatible with the split second timing traders often face in deciding to trade one option or another (especially when base don volatility or other estimations).

For these reasons, CEV is not used widely. It is interesting as a method for studying the relationship between underlying price behavior and volatility, but for most applications, it is not a reliable modeling system. As with all models for options pricing, the academic purpose is more applicable than any practical considerations.