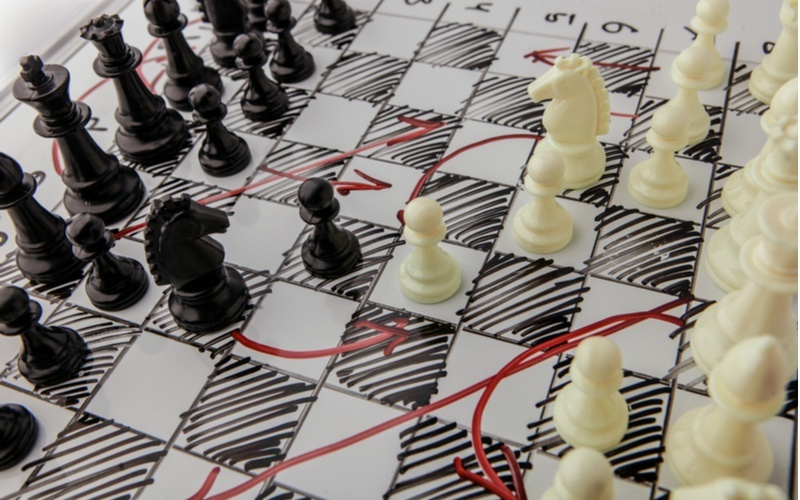 Although traders often are attracted to hedged combinations (including spreads), some of the features are misunderstood. The spread may be viewed to manage risk, when in fact selection of an appropriate strategy may provide more potential when picked based on volatility.

A popular feature of spread selection is the assumption that mispriced options are found frequently. This observation leads to a natural conclusion, that is makes sense to take up a market position opposing the option while, at the same time, entering a position in the option. This popular hedge may involve trading in the underlying, or in other options that are equivalent to positions in the underlying. In this way, the volatility spread facilitates risk management while also exploiting a mispriced option.

Beginning with a study of delta, how can a trader hedge an underpriced option? There are several ways. If, for example, the first step is to buy 3 options, they can by hedged by: (a) selling 300 shares of the underlying, (b) buying puts with the same or similar delta, (c) selling calls of a different strike and with the same delta, or (d) combining the above moves in ways that create the same delta as the original long calls.


In setting up a volatility spread in one of several methods, the outcome creates several attributes that are shared by the strategies themselves. These include al overall delta neutral result, sensitivity to any price change in the underlying as well as to changes in implied volatility, and time decay that affects both sides of the spread equally (and based on amount of time remaining to expiration).

This last attribute, time decay, can lead to some interesting variations in the volatility spread when it is set up horizontally (different expirations) or diagonally (different expirations and strikes) rather than vertically (same expiration and strike). This adds great variety in how a volatility spread can be created. Among the consideration are collateral requirements, cost of the underlying when held or traded, and richness of premium on either long or short sides.

The selection of a volatility spread is complicated by the possibility of many different ones. The range of spreads includes:

Given the many variations in the volatility spread, traders must be especially concerned with the degree of movement in the underlying. In the ideal hedge, the direction of underlying price change does not matter, because one side offsets the other. Most volatility spreads will perform better when movement takes place in a desired direction. But even in the perfect hedge, a large movement can create either exceptional profits or losses, as well as undesired changes in the collateral requirement.

This is especially concerning to traders using multiple contracts on either side, when a large underlying movement could outpace available capital, resulting in having part or all the position closed due to shortfalls in collateral. This may present a more serious risk than the option-related profitability of a spread. Even so, the unintended consequences that are always possible, may be overlooked by edging traders, or by those spending too much focus on delta and gamma and not enough on more basic matters, such as historical volatility.

Volatility spreads are appealing as hedging instruments, but they also come with many risks, including some not apparent when first considered. The trader who is aware of the importance of volatility in all spreads, is more likely to also be aware of a full range of risks.