Here are some misconceptions about credit spreads:

I hope that after reading this article, some of those misconceptions will be cleared.

The trigger for this article was a conversation I had on Twitter with one of my followers. Here is a snapshot: 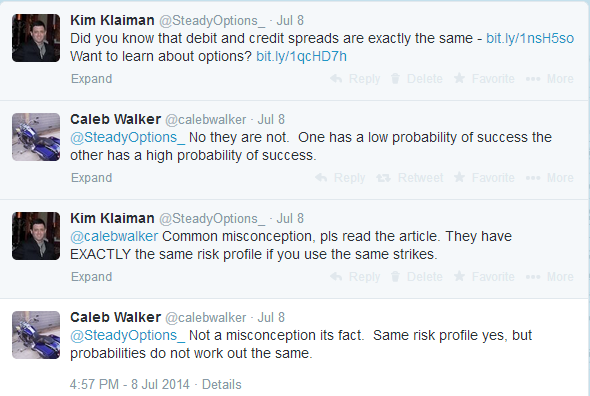 The link in my tweet pointed to one of my previous articles where I clearly demonstrated that credit spreads are in fact the same as debit spreads if using the same strikes.

I guess that one picture is better than thousand words, so lets try to visualize the concept.

Lets try to construct a RUT call credit spread having ~80% probability of success. Using August 2014 expiration and July 10 closing prices, we can do the following trade: 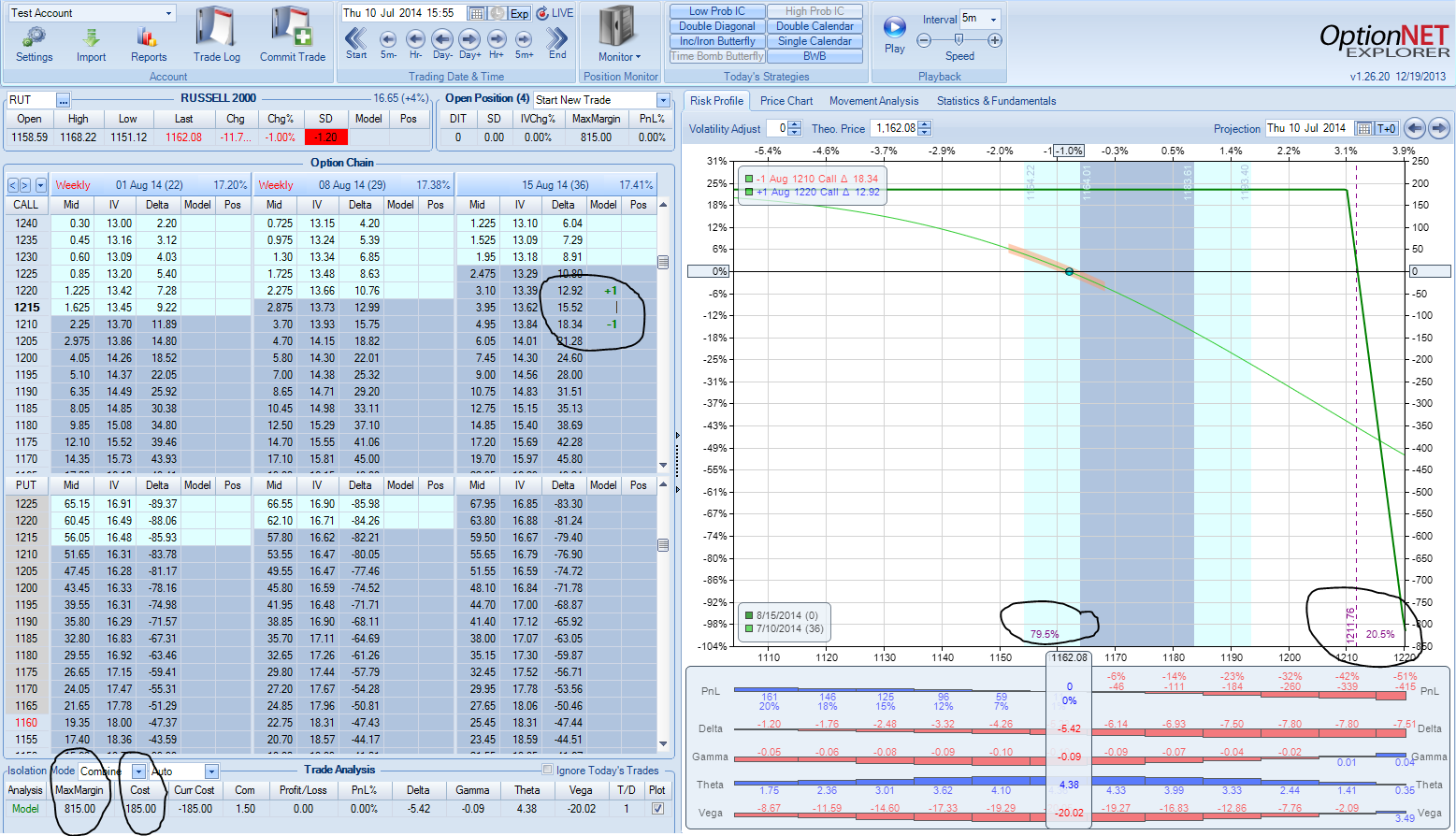 Now lets try to construct the same trade with puts. The trade will be: 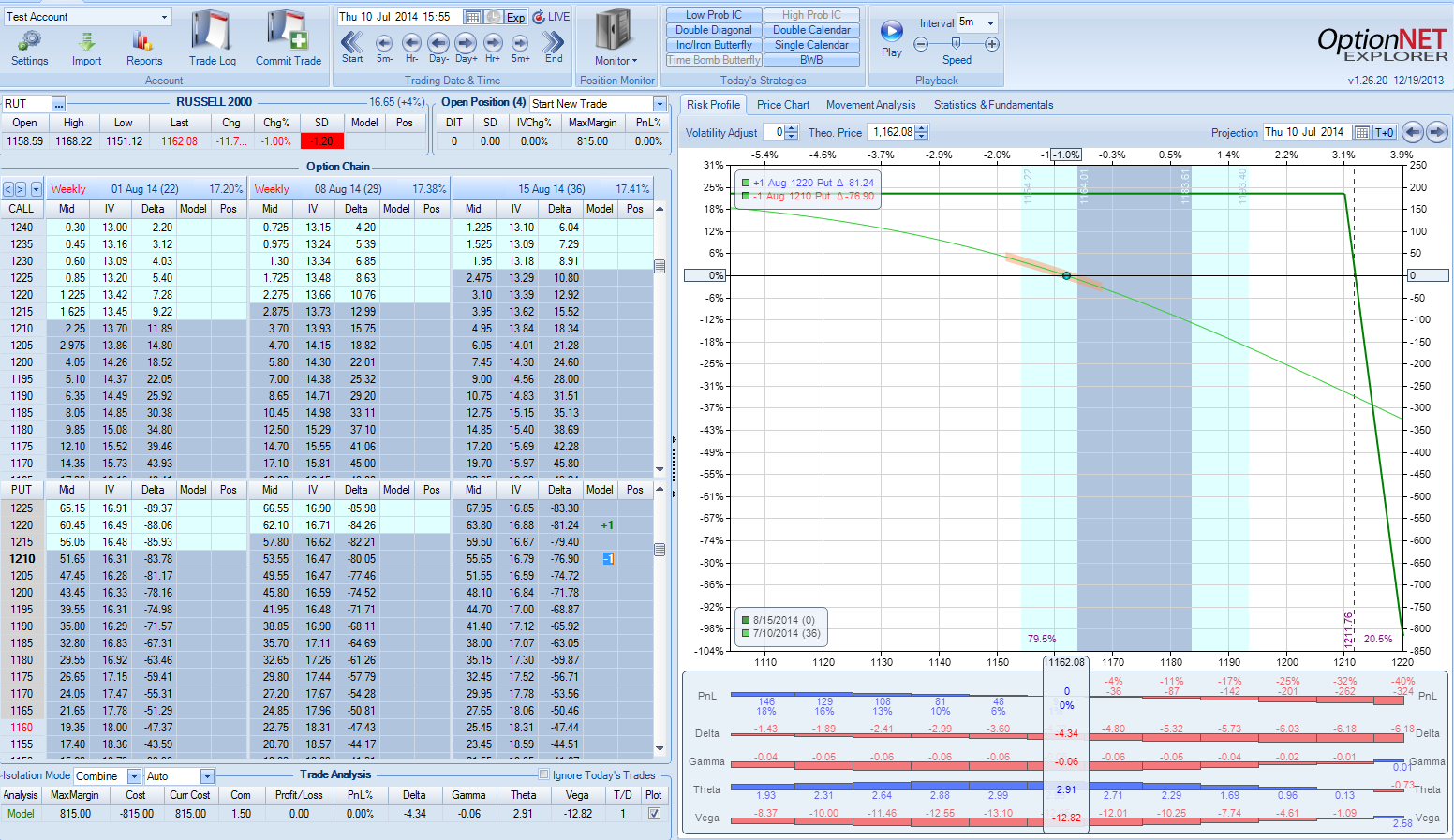 There might be some practical reasons to prefer one trade over another. In our example, the credit spread is constructed using OTM (Out Of The Money) options, that tend to be more liquid and have tighter bid/ask. So while "theoretical" prices might be the same, in practice you might get better fills (which means better probability of success) with the credit spread. In addition, OTM options don't have assignment risk, while ITM options do. That means that you always have to close the ITM spreads before expiration, while with OTM spreads, you can just let them expire. Of course assignment risk is relevant only to American style options. European style options like RUT, SPX etc. can be exercised only at expiration and don't have assignment risk.

The trade can be constructed by selling lower strike and buying higher strike. When using calls, we will get a credit. When using puts, we will pay a debit. But if the same strikes are used, this is exactly the same trade. Same risk profile, same maximum gain, same probability of success, same breakeven point.

Want to learn more about options?