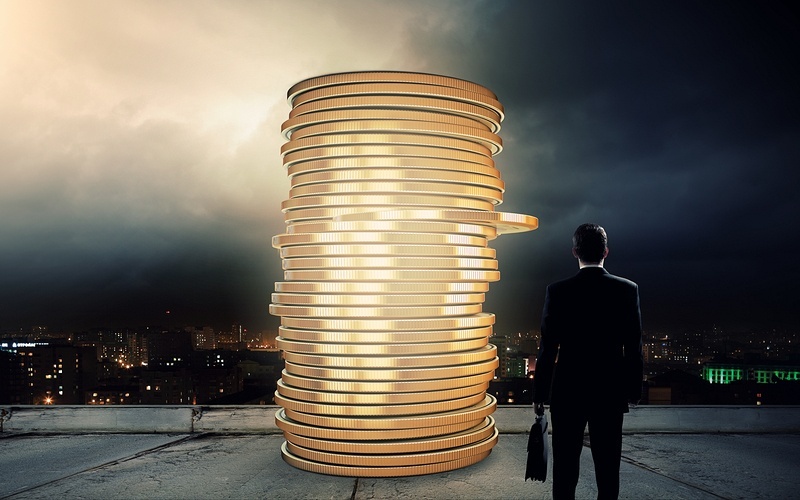 Living through a track record is very different than viewing it on paper. Even the most efficient track records in history have periods where they would have been very uncomfortable to stick with. Warren Buffett has had multiple 30-50% drawdowns in his career. In the world of indexing, there is nothing magical about the S&P 500.

Yet it’s well known how difficult it is for a fund manager to beat it over the long term. A big part of the reason why the S&P 500 beats most fund managers is because of its simple discipline. It continues to apply the same set of rules over and over again. The whole concept of “smart beta” shows numerous ways to create indices that would have beat the market cap weighting process of the S&P 500 over long periods of market history. Perhaps the greatest form of alpha is the ability to follow a simple approach with rigid discipline over the long term. Howard Lindzon of StockTwits recently shared his top ten takeways Stocktoberfest conference. Here was #5:

I found this Forbes interview with Jim O’shaughnessy on February 23, 2009 particularly interesting. Keep in mind, February 23, 2009 was within a couple weeks of the market bottom. The Dow was trading around 7,000, more than 50% below its October 2007 high. Predictions for Dow 5,000, 3,000, even 1,000 were being made. With recency bias clouding our better judgement, many investors saw this as all but certain and needed to do something to intervene. The fear in the marketplace was unbelievable and people were in the process of officially devastating their life savings by abandoning their long term plan and selling towards the bottom. This is also a great example, which I wrote about here, on why you can’t rely exclusively on historical data. Given enough time, your maximum drawdown is always ahead of you. Yet read how Jim is telling the exact same story as he always does as a true quant, whether at new highs, or in this case, during a record drawdown. Keep it simple, trust your exhaustive research and data, and follow your plan. It’s simple, but not easy.

On the importance of staying simple and using only easy-to-understand ratios, O’Shaughnessy says: “If the math gets higher than algebra, it’s pretty certain you will lose your money. If you look back to the most spectacular blow ups in history, you can always tie them to a couple things: They were extraordinary complicated strategies that maybe even the practitioners themselves didn’t understand and they were overleveraged.”

Although his approach is purely quantitative, O’Shaughnessy also does emphasize the importance of having the right mindset when putting money to work in the stock market. In particular, he tells investors to stay focused and disciplined.

The problem for many investors, he says, is that they hit down markets like the one we’re in now and, suddenly, they change up their strategies. This is a terrible mistake and one that ends up costing people a lot of money. The smarter way to invest, he says, is to choose a proven method of separating winners from losers and then adhere to it, in good times and bad.

“Generally speaking, when things are going against you, as they inevitably will, you have to stick to the underlying strategy,” he says. “Only by doing so will you be around for when it comes rebounding back.”

It’s also just as critical, he believes, to try to remain emotion-free. This is obviously easier said than done as 24/7 news broadcasts second by second tumult in the markets. But only those investors that can distance themselves from such emotions and passions can benefit, in the long term.

“Fear, greed and hope have destroyed more portfolio value than any recession or depression we have ever been through,” O’Shaughnessy says. “By relying on the statistical information rather than a gut feeling, you allow the data to lead you to be in the right place at the right time. To remain as emotionally free from the hurly burley of the here and now is one of the only ways to succeed.”

As Charlie Munger said in his BBC Interview During the Financial Crisis: "If You Can’t Stomach 50% Declines in Your Investment You Will Get the Mediocre Returns You Deserve."

Jesse Blom is a licensed investment adviser and Vice President of Lorintine Capital, LP. He provides investment advice to clients all over the United States and around the world. Jesse has been in financial services since 2008 achieving multiple industry achievements including qualifying membership in the Million Dollar Round Table for 5 consecutive years. Membership in this prestigious group represents the top 1% of financial professionals in the world. Jesse has a Bachelor of Science in Finance from Oral Roberts University.Jesse is managing the LC Diversified portfolio.