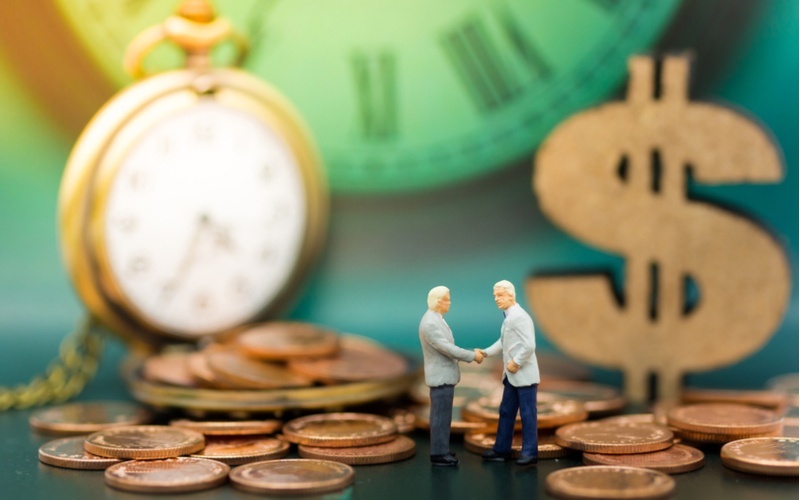 A couple of months ago, I wrote and article for Steady Options titled – There’s Volatility To Be Found …. In Turkey. At the time, implied volatility had skyrocketed to 45% amid political turmoil and a falling currency. That level of volatility was a 12-month high, with vol previously being as low as 19%.

High volatility such as this provides huge opportunity for option traders. In the article, I detailed out three potential trades for TUR – a Short Straddle, A Poor Man’s Covered Call, a Cash Secured Put and a Bear Call Spread.

I ended up going with a Short Straddle, a neutral trade, only to see the ETF drop quite quickly from $34 to $27.

As a reminder, a short strangle consists of a short put and a short call placed at-of-the-money. The thesis of the trade is that the stock will remain near the strike price for the duration of the trade and the trader will be able to close the trade for a profit thanks to time decay.

However, sometimes things do not go to plan. If the stock makes a large move in either direction, the short straddle comes under pressure.

In this example, TUR dropped pretty hard, all the way down to $26 at one point. 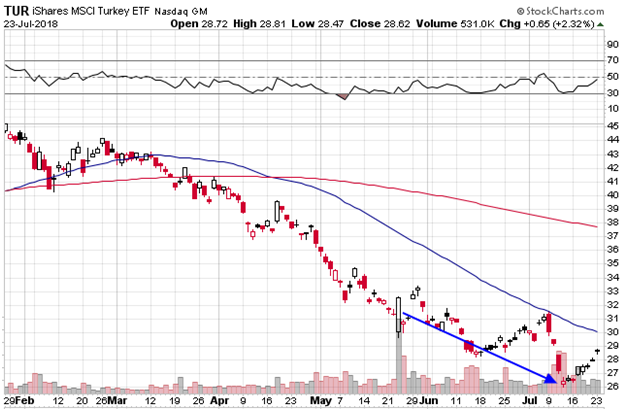 Here are the details of the trade and the ensuing adjustment. 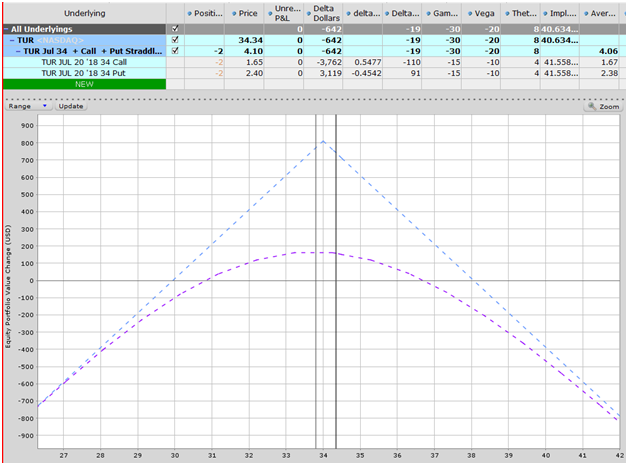 By June 13th, the trade was under a bit of pressure with TUR dropping to $29.72 which was around my initial breakeven point. This was my adjustment point and I adjusted by adding a second straddle at $27.

At this point the total premium received was $1550 and by adding a second straddle I turned the position into basically a strangle.

A better was to do this perhaps would have been to turn it into a standard strangle with short calls at #4 and short puts at $27. This would have reduced the early assignment risk, but luckily I didn’t suffer any early assignment in any case. Just something to keep in mind for next time. 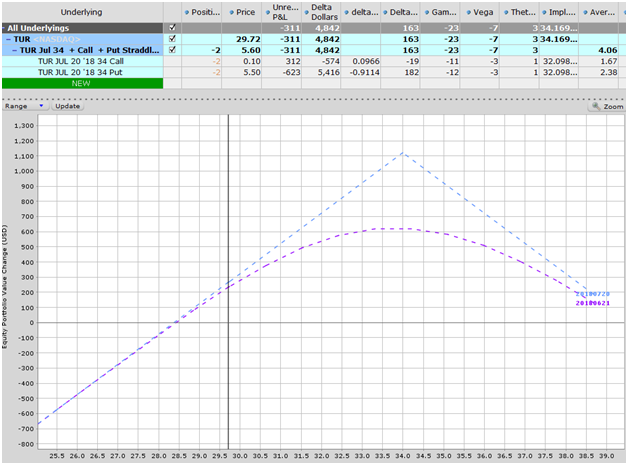 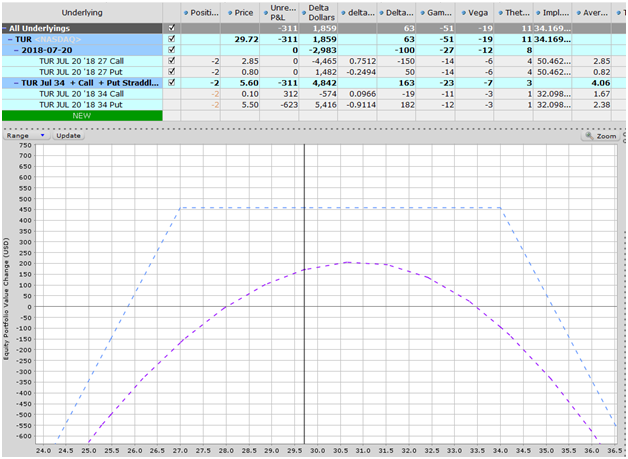 At expiration, TUR closed at $27.97 which resulted in a net profit of $160. Not a huge profit in anyone’s view, but certainly not too bad for a neutral trade on an ETF that dropped 18%.

In summary, this adjustment strategy for short straddles may not be for everyone, but hopefully I have demonstrated to you that it is possible to still achieve a profit even when the underlying makes a big move. In this example, we achieved a small profit, but we did add more risk to the trade in terms of more contracts.

Finally, I leave you with some words from Dr. Russell Richards regarding this type of adjustment:

“When scrambling to manage a losing trade, especially a losing undefined risk trade, most traders are happy to exit the losing trade at a “wash” or even a small loss. You will have to decide what is appropriate for you, but don’t get greedy when managing losing trades.”

What do you think about this trading strategy, let me know in the comments if you’ve tried short straddles in the past.