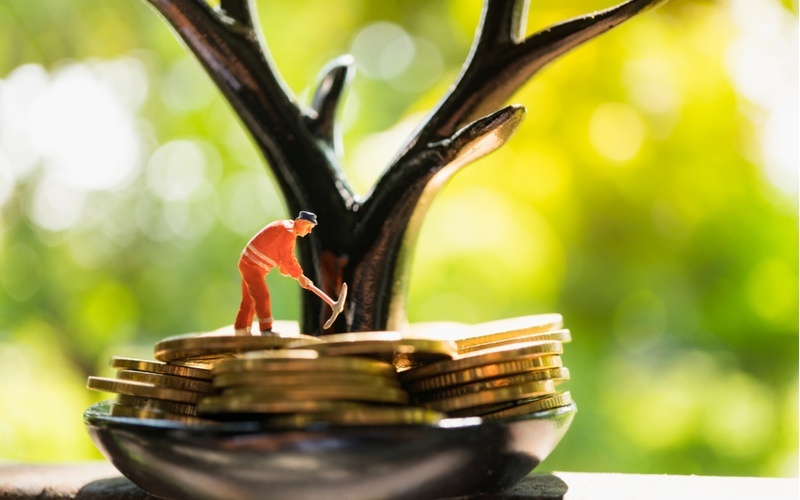 To become an engineer you have to study 4 years, and probably another 4 years (at least) to become a good one. Why people expect it to be different in trading? What does it really take to become proficient in trading? Can you expect to double your account every 6 months after being an active trader for few months?

I came across an excellent article by Colibri Trader. Here are some gems from the article.

The question of what it takes to become a master in any field (sport or business) has been in the epicentre of research for many years. It has occupied psychologists and philosophers alike for decades. Is it the innate talent what matters or a skill can be mastered with practice. What does it take for professional athletes to become first among others with inborn talents…


Almost fifty years ago Herbert Simon and William Chase summed up a groundbreaking conclusion that is still echoing with importance:

There are no instant experts in chess—certainly no instant masters or grandmasters. There appears not to be on record any case (including Bobby Fischer) where a person reached grandmaster level with less than about a decade’s intense preoccupation with the game. We would estimate, very roughly, that a master has spent perhaps 10,000 to 50,000 hours staring at chess positions…

After Simon and Chase there have been numerous psychologists and authors testing this hypothesis and proving and disproving the rule of “The 10, 000 Hours“. For example, John Hayes researched the works of over 70 of the most famous classical composers and found that almost none of them did create a masterpiece before they have been composing for a minimum of 10, 000 hours. There were just a few exceptions and they were Shostakovich and Paganini, who took them only 9, 000 hours.

In trading, it seems to be the same or at least really similar. I don’t know a lot of other traders, whom after an honest conversation have not shared with me that have spent years of losing money consistently before becoming profitable. In my trading career I remember just one trader who told me that was successful straight from the very beginning. He was sharing with me that it only took him 3 months on a simulator and with the help of his trading mentor, he became successful. He is an exception because in his case- he managed to save a lot of costly mistakes by following his mentor’s trading approach. But most traders are doing it alone and that is why it takes them such a long time. Trading, as any other highly competitive sport discipline, takes a lot of hours in front of the screens and practice.

In a book that I recently read (Focus: The Hidden Driver of Excellence), Daniel Goleman reveals the complex truth behind the popular 10,000 rule:

The “10,000-hour rule” — that this level of practice holds the secret to great success in any field — has become sacrosanct gospel, echoed on websites and recited as litany in high-performance workshops. The problem:it’s only half true. If you are a duffer at golf, say, and make the same mistakes every time you try a certain swing or putt, 10,000 hours of practicing that error will not improve your game. You’ll still be a duffer, albeit an older one.

No less an expert than Anders Ericsson, the Florida State University psychologist whose research on expertise spawned the 10,000-hour rule of thumb, said, “You don’t get benefits from mechanical repetition, but by adjusting your execution over and over to get closer to your goal.”

“You have to tweak the system by pushing,” he adds, “allowing for more errors at first as you increase your limits.

The words of Ericsson cannot be more true regarding the trading field. Professional traders know that going out of the comfort zone is what makes a difference in the long-run. Imagine you are doing the same trading mistake over and over again. The only way to get rid of your bad habits is to get out of your “comfort zone” and do something differently. Even if you are not sure where your mistake is, you should put all of your efforts into trying to find it. Only then and after long hours of practice, you would be able to become profitable. What matters in this case is not only the time invested in trading, but the quality of the time. It appears that even if you stay 20,000 hours in front of your screens, it won’t make a difference if you are doing the same mistakes repeatedly.

It seems obvious and simple, but modern education is build on the premise of sheer time investment. That is why it is important to emphasize on the fact that success is “deliberate practice”, concentrated training with the sole aim of personal improvement, many times accompanied or guided by a professional and skilled coach or mentor.That is how I became successful myself- I have been mentored by one of the biggest and most successful traders in London. Before I had the chance to meet this important person to me, I was making too many mistakes- 80% of which I was not even aware of! That is such a striking number when I look back at it now. According to Goleman, what I have found also applies to other disciplines:

Hours and hours of practice are necessary for great performance, but not sufficient. How experts in any domain pay attention while practicing makes a crucial difference. For instance, in his much-cited study of violinists — the one that showed the top tier had practiced more than 10,000 hours — Ericsson found the experts did so with full concentration on improving a particular aspect of their performance that a master teacher identified.

That is completely in-line with trading field. You need an objective feedback from somebody, who can monitor your performance. Human beings tend to be subjective when it comes to measuring their own performance. That is why, it is crucial that you have a profitable trader helping you along the 10, 000-hours of trading journey. It is imperative that you are coached by a real professional or at least somebody with years of trading behind his back. No wonder that every world-class sports champion has a coach. If you keep on trading without a feedback from a proven profitable trader, you won’t be able to get to the very top.

In the end, it seems that the trading strategy that you are using is not the most important element of becoming a master trader. It is the feedback that you receive from really experienced traders and the quality of the time invested in improving you own mistakes. Now stop thinking how good you are- start seeing how you can improve through concentrated trading effort.

Some quick tips and facts

My good friend Kirk Du Plessis from OptionAlpha lists few things to consider as you write down your expectations and goals.

Those are all great quotes. I suggest remembering them when you get frustrated and overwhelmed by the amount of information and learning curve required to become a successful trader.