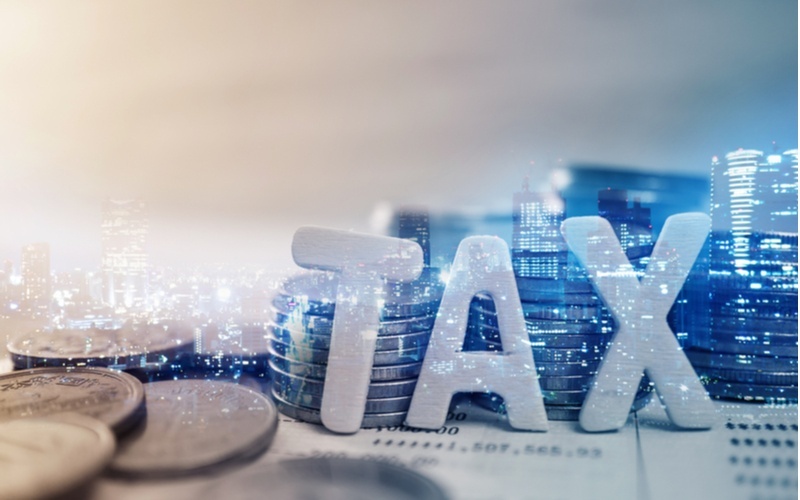 Cash settled index options like SPX, XSP, RUT and a few others receive special federal tax treatment where 60% of the gains are reported as a Long Term Capital Gain (LTCG) even if the contract was held for less than a year.

This is an advantage compared to stock and ETF options where realized earnings are reported as short term gains unless the contract is held for more than a year. In this article, I’ll provide a simplified example to illustrate how much of a difference this could make over the long term for someone paying 32% on short term gains and 15% on long term gains.

An interesting side note is that taxpayers in the 12% federal bracket, which currently extends to just over $80,000 of taxable income for someone married filing jointly, pay 0% on LTCG’s under current law. This simplified example excludes other taxes that could apply to your situation including state income taxes as well as the 3.8% Net Investment Income Tax (NIIT).  I’m a financial planner, not a tax advisor, so readers should not consider this article to be specific tax advice. Always reach out to your own qualified tax advisor to discuss your personal situation.

Let’s assume a trader is debating writing puts or strangles monthly using either XSP or SPY. Since these contracts are the same notional size they can be used interchangeably with the biggest difference being how XSP is cash settled and SPY settles into shares. For the sake of simplicity, we’ll ignore other variables that can weigh into this product choice decision such as liquidity, where SPY generally holds the advantage.

Let’s then assume that the strategy is expected to make 8% gross annualized returns for the next 30 years with a $100,000 account. Net of taxes paid directly from the account, the 1256 contract (XSP) would return 6.26% and the traditional options contract (SPY) would return 5.44%. These differences in net return would compound to the following amounts in a $100,000 account over the next 30 years. 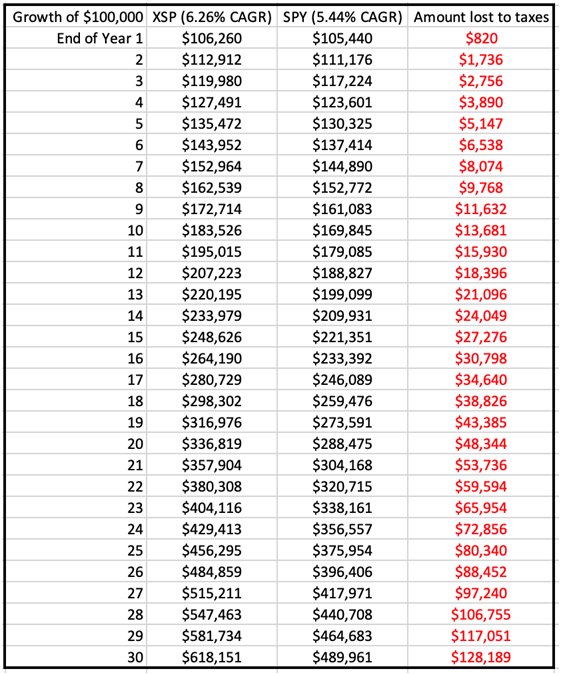 There are many important variables to consider when implementing a trading strategy. Commissions and slippage are routinely thought of by traders, but the long term impact of taxes are often overlooked. This example highlights how the tax advantage of 1256 contracts can be significant over a 30 year trading career. In my next article, I’ll extend the comparison to covered calls which can further improve tax efficiency. By making ETF’s the core asset, we gain more control over paying taxes by deferring capital gains until realized by selling shares or potentially even deferring them forever by taking a margin loan instead of selling shares.

Jesse Blom is a licensed investment advisor and Vice President of Lorintine Capital, LP. He provides investment advice to clients all over the United States and around the world. Jesse has been in financial services since 2008 and is a CERTIFIED FINANCIAL PLANNER™ professional. Working with a CFP® professional represents the highest standard of financial planning advice. Jesse has a Bachelor of Science in Finance from Oral Roberts University.