Here are the specifics of the test:

When the front-month expiration cycle fell between 30-45 days to expiration, we “sold” the at-the-money put in that cycle. In the following standard expiration cycle, we purchased the put at the same strike price to complete the calendar spread.

Position Tracking: Each position’s profit/loss as a percentage of the debit paid was tracked on each trading day until the day before settlement. We did this to avoid any unwanted outcomes as a result of the SPX settlement process.

Once all of the profit/loss metrics were gathered, we filtered the trades into four buckets based on the VIX Index level at the time of entering the trade:

Each bucket had a similar number of occurrences.

Let’s take a look at the data! We’ll start with the percentage of calendar spreads that reached profit levels between 10-100% of the initial debit paid: 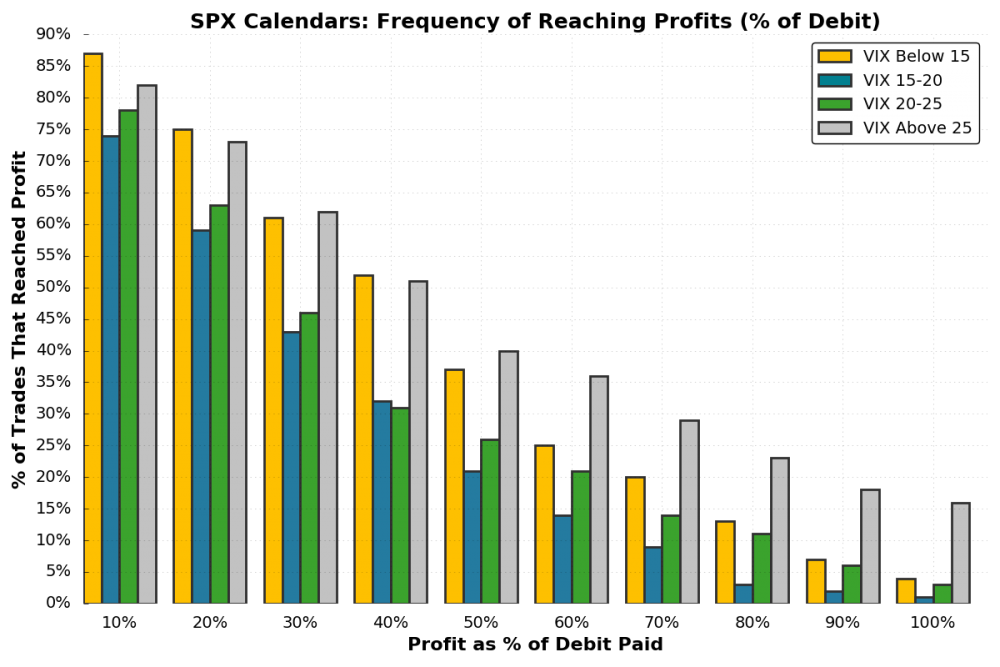 There are some key findings from these results:

High IV calendar spreads in second place? How can that be?

So, in high IV, long calendar spreads become more of a term structure reversion trade, and less of a time decay trade.

Let’s move on to the loss frequencies: 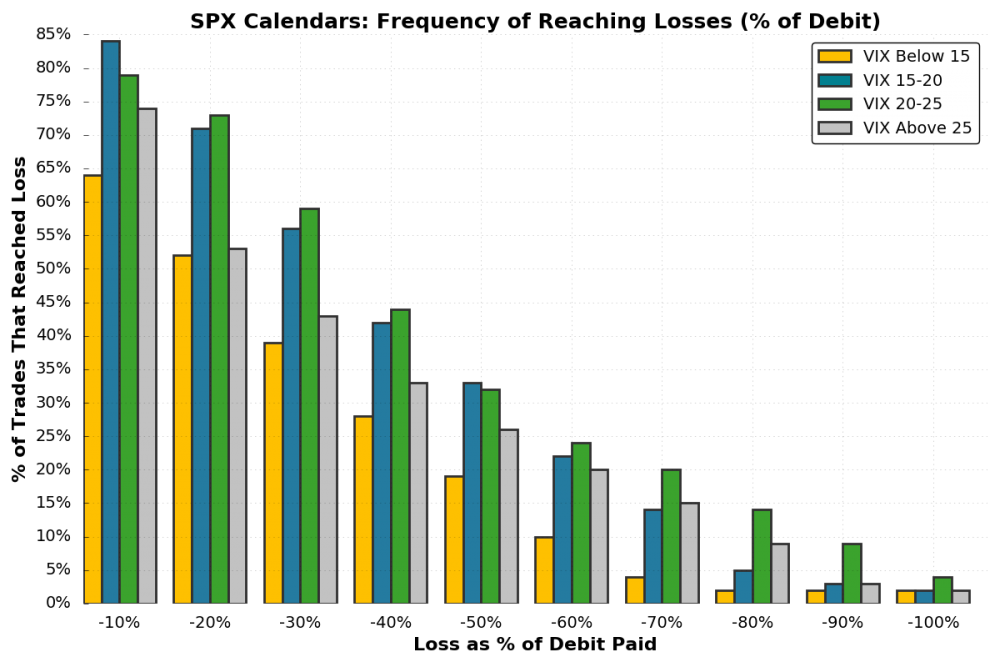 In low IV environments, the SPX calendar spreads reached each loss level less frequently than in higher IV environments. Again, this is most likely due to the fact that realized volatility tends to be more significant in times of high implied volatility.

Of course, you’d like to see a large gap between the percentage of trades that hit each profit and loss level (more trades reach the profit level as opposed to the loss level).

To visualize this, we simply subtracted the loss frequency from the profit frequency at each level: 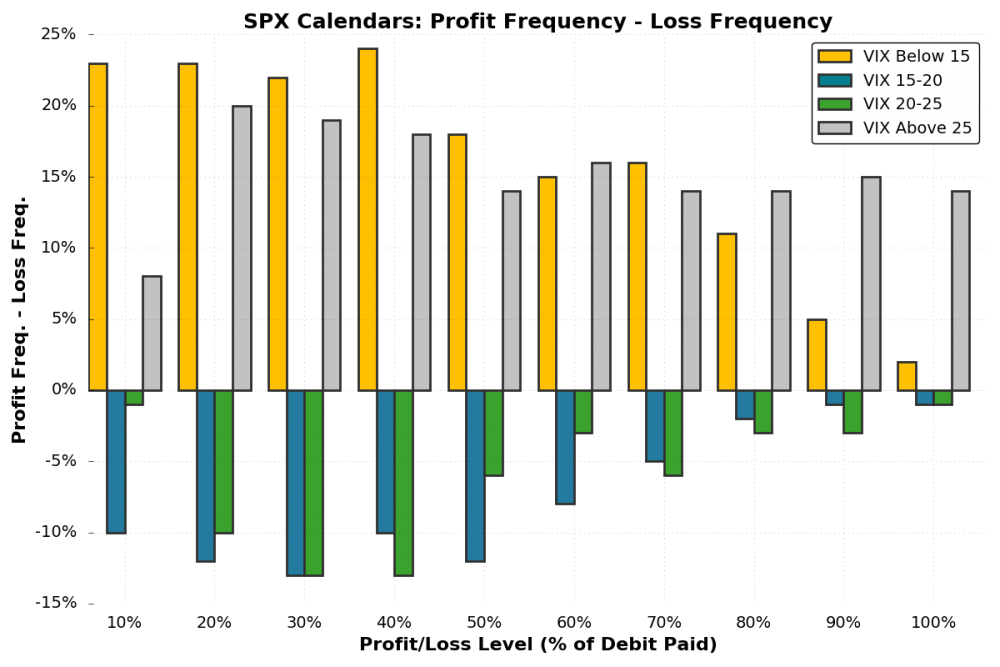 As we can see, the calendars entered when the VIX was between 15 and 25 reached the loss levels more frequently than the same profit level (resulting in a negative value).

In the low (VIX below 15) and high (VIX above 25) volatility environments, the SPX calendar spreads reached the profit levels more often than the same loss level.

What can we learn from this calendar spread profit and loss data? First and foremost, calendar spreads typically perform very well in extremely low implied volatility environments, but they also have potential when front-month IV is inflated at a significant premium to the back-month IV. However, there are strategies that may be more suitable for time when implied volatility is high.

Second, based on a positive spread between profit and loss frequencies, calendar spreads have historically had positive expectancy at each profit/loss level, as profits have occurred more often than losses of the same magnitude.

On a final note, it’s important to keep in mind that this is a backtest based on closing values. As a result, it’s likely that there were trades that hit profit or loss levels intraday, but ended the day less than those levels.

Additionally, these positions were not managed, which is the key to success when trading calendar spreads. At the very least, the data discussed in this post can help to guide management levels, and expectations for achieving certain profit/loss levels when trading SPX calendars.