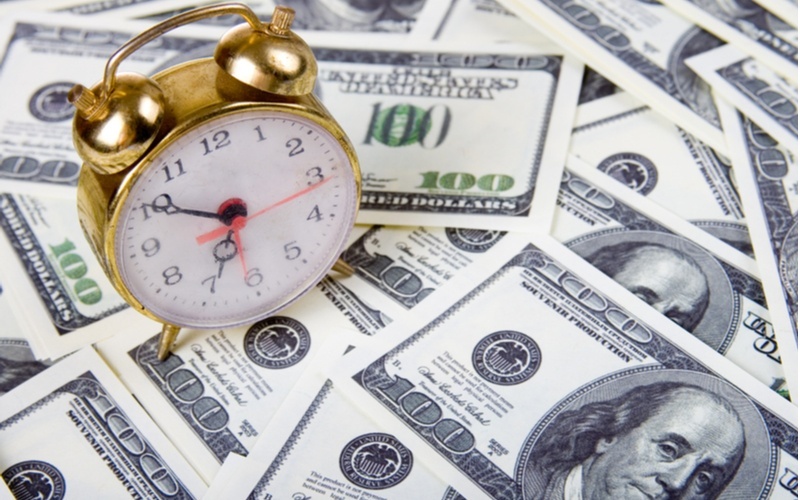 Traders have long known that options can be opened on many different securities. Among the most ingenious of these are options on options. There are four types of these: call on a call (CoC), a call on a put (CoP), a put on a call (PoC), and a put on a put (PoP).

These also are termed compound options, an aptly named form that describes exactly what they are. They also are called split-fee options because they involve potentially two strikes, two premiums, and two expiration dates.

This form of option allows a trader to receive a second option as the underlying, so that this second of the two usually expires later. The first option is called the overlying position.


The holder of an option on an option, upon exercise of the overlying, receives the second option (the underlying), and is then obligated to pay a premium based on the strike (compared to current value of the second options’ underlying, 100 shares of stock, for example). This payment is called the back fee. The advantage to the option on option is that it allows the holder potential of exercise and acquisition of the second option, but without the possible high cost if the ultimate underlying moves many points against the position. It freezes a price in that regard. This means the initial cost of the position will be lower than an outright purchase of the underlying option; but if the overlying is exercised, it will be more expensive.


For those entering a position like this, the higher price upon exercise will be worth the cost. Exercise will take place only if the price of the underlying has moved advantageously (share price of stock, for example).


Not commonly used for stock-based options, these are more likely to be found in speculative markets for currency exchange, interest rate options, and in other securities in the mortgage markets. In these markets, extending the life of an option may be advantageous if prices are moving slowly, but are expected to move with more volatility soon, perhaps due to seasonal influences or expected market developments.


The strategy employed by those trading in options on options combines a relatively inexpensive initial option (overlying) and extending its life with the second option (underlying). Because exercise will only occur when the overall position becomes favorably priced, the option on option is an economical alternative to buying a longer-term option. This becomes a type of insurance position because it reduces initial cost speculatively, assuming prices will move favorably and result in exercise (or that prices will not end up moving favorably, and the position just expires).


An expansion of the concept may involve a synthetic option on an option. For example, a speculator buys a CoC and sells a PoC at the same time. In this case, they probably will expire on the same date and with the same strike. This hedges the concept, but also means greater movement is needed to end up profitably (as is always the case with a synthetic position). In considering the potential as well as the risk of this approach, it should be clear that the complexity might not justify such a move. A more straightforward synthetic may provide the same benefits without as much risk because the ideal synthetic will be at or close to a zero net premium.


The complexity and risk level is even further complicated when an option on an option is sold rather than bought. This provides the trader with preferable cash flow but greater exercise risk, not to mention a double level of collateral required. The short option on option could be covered, but is true coverage accomplished with 100 shares per single option, or 100 shares for each of the two sides? The underlying is not activated by the seller in this case, but through exercise by the holder. For most traders, the risk exposure for a short option on option is too great and uncertain. However, hedging advantages through synthetics (or even straddles and spreads) could make the option on option interesting compared to trading the same positions in vanilla form.

The option on option will not be for everyone. In looking over the many complex and exotic variations on the basic idea of the option, the appeal often is the complexity itself. Too many traders have been drawn to complex positions like options on options because they are exotic and involve higher opportunity for profit (and equally higher risks). But the potential should be viewed realistically.


Just as a complex strategy like a box spread or butterfly is initially appealing, it contains limitations. The profit potential is there, but it is usually capped. The same is true in many applications of the option on option position. Premium costs and fees may erode part (or all) of the initial profit, which could be minimal at best.


Traders who find themselves drawn to exotic forms of option trades may be wise to take a step back before entering a trade. What is the true potential and risk involved? Given the complexity and just the need to constantly monitor and manage positions, does the complexity justify the potential profit? Would a trader enter a short-term long straddle without first considering the breakeven points above and below the strike? They would not. The same argument can be applied to the option on option and other exotic strategies. Traders might conclude that the appeal of complexity is not justified by what could be a limited profit with risk levels higher than risk tolerance.

In other words, after considering the option on option trade, one possible conclusion is that it makes more sense to buy (or sell) single calls or puts, with a clear understanding of the risks these more basic strategies involve.