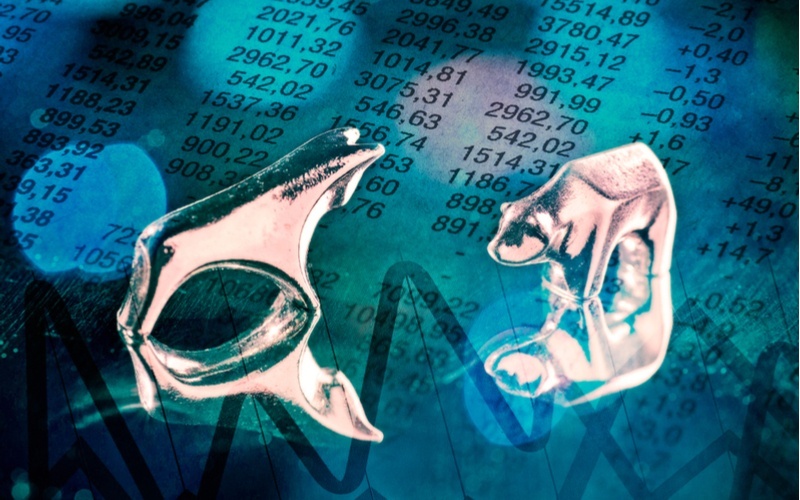 No one likes losing money, and no one likes hearing "excuses". However, in an effort to be fully transparent, solicit feedback, and to improve our own performance, we're writing this article to do a further breakdown of the losses which our model portfolio incurred in January 2019.

January 2019 performance was negatively impacted by few big losers. We present below the analysis of those losing trades.

The TLT butterfly was opened on November 9. It started with slightly delta negative bias with the expectation that TLT will continue drifting lower. For various reasons, TLT reversed higher and never looked back. Our intention was to use any pullback in TLT price to reduce the loss. TLT continued higher almost in a straight line, and when it finally stabilized at the beginning of December, the trade was already down 70%+. We decided to keep it as a lottery ticket, but TLT continued higher and the butterfly expired worthless.

We believed that the TLT rise is temporary and irrational, and it should reverse. Sometimes when you strongly believe in your thesis, you have to stick to your guts. TLT thesis worked very well for us for over 1.5 years, but this time was different. We believe that in the long term, we should stick to our thesis - unless it changes during the live of the trade. This approach proved to work very well over the last 1.5 years.

To put things in perspective, TLT butterfly was one of our most successful strategies in 2017-2018. We closed 15 trades, 14 winners and 1 loser, for a cumulative return of ~300%. Few of those trades were down 40-50% just to reverse and produce solid gains. If we closed every trade that was down 50%, I doubt we would achieve similar performance. In summary, we believed in our thesis, and were right much more often than wrong - just not this time.

We implement the SPX butterfly strategy during periods of high volatility. We started using it during October volatility spike, and closed 5 winners in October-November, for cumulative return of 145% (29% average return per trade). Those trades work great if the markets continue lower, and can also serve as hedges. You can read about the strategy here.

Those trades could benefit greatly from continuous market weakness. However, in the beginning of January the markets started to move up quickly, and all three trades started losing value. We had few other trades at that time that were bullish, so we decided to keep the SPX and VIX trades as hedges. The concern was that if we close SPX and VIX trades for 30-40% loss, and the markets reverse, we might lose the gains in the other trades as well.

When the market started to recover, we mentioned few times that we considered those trades hedges at that point (each one was half allocation). The main lesson from those trades is position sizing.

We had an incredible winning streak in the last 3 years. We had only one small monthly loss since May 2016 (1.8% loss in March 2018). During the same period of time, our model portfolio produced an average monthly gain of 8.2%, including 17.3% gain in December 2018 (while most major indexes suffered double digit losses). January was our second worst month since inception, but it happened after the 17.3% gain in December, so even if you started in December, you would be down only 3%.

Occasional big losers are expected when you consistently produce such high returns. Without those few big losers, we would actually have had a decent month in January. But of course there is no woulda coulda shoulda in trading..

No rewards without risks

There is no such thing as a big long-term winner without enduring drawdowns along the way… Here are some examples:

It should be clear from these four examples that drawdowns are an inevitable part of achieving high returns. All big winners have drawdowns. Accepting this fact can go a long way toward controlling your emotions during periods of adversity and becoming a better investor.

We all would like all our trades to be winners, but we know this is not possible. Losers are the cost of doing business in trading.

Most people know there will be losers. But to paraphrase Morpheus, "there's a difference between knowing that there will be losers... and actually experiencing them". In a probability game, we will eventually experience a string of losses. But even knowing that losses are part of the game, most traders still react the wrong way when those losses actually happen. How we react to our losses is what separates good traders from bad.

After a losing streak, the natural thing is trying to "get it back". This would be a big mistake. The market doesn't know that we have lost money, and frankly, it doesn't really care. Trying to get it back will cause us taking more risk, and eventually, more losses. The best thing to do is to continue executing our trading plan that worked so well for us for over 7 years.

Sun always rises after the dark.