Climbing the Wall of Worry 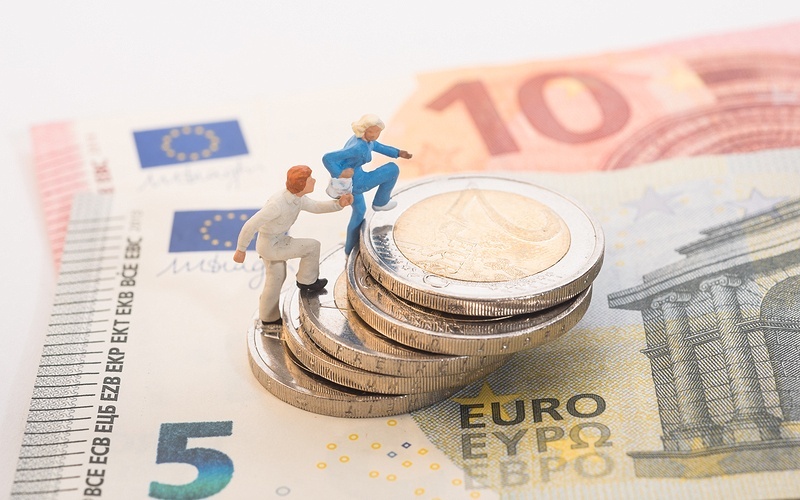 Our LC Momentum model holds stocks as its core position. Long term empirical evidence across global equity markets shows equities significantly outperform all other major asset classes since 1900[1]. Morgan Housel recently published an article about the last seventy years of US stock market returns, and how they have to regularly climb the wall of worry.

Keep in Mind, Stocks Rose 1,100-fold During This Period

The S&P 500 rose 1,100-fold over the last 70 years, including dividends. But look what happened during that period:

I like Morgan’s article, it reminds us that economic uncertainty has always been a regular part of the past along with frequent corrections (10%+ declines) and deep bear markets (20%+ declines). His intention is to help us have a long term perspective. Many times throughout the past seven decades, “this has never happened before”.  Yet the US continued to show its strength and resiliency. For some, this is effective. For others, they need something more to help them follow their plan.

In the equities portion of our dual momentum model, we rotate among US Large, US Small, and International stocks based on twelve month relative strength momentum[2]. When all three asset classes have negative absolute momentum[3], we switch into bonds. The idea here is to earn the risk premium in stocks with less exposure to the downside volatility and bear market drawdowns that frequently have occurred in the past and will frequently occur in the future. We emphasize less in an effort to promote proper expectations. Empirical data suggests that dual momentum can be used to earn higher returns with less risk than buy and hold, but it’s not a Holy Grail. Holy Grail strategies tend to fall apart in real time because they were over fit to a limited amount of past data with no economic argument to support why they work. Researchers refer to this as data-mining. With dual momentum, we believe having a proven rules-based method in place to exit equities ahead of the majority of major bear market declines can be all that is needed to help investors have the confidence to stick with their strategy for the long term. And the right strategy for every investor is the one they will stick with. This is key.

Since Morgan is using data since 1946, we thought it would be fun to look at showing our dual momentum equities model during this same period (note: international is excluded in this example due to lack of data prior to 1970 although we use it in our actual trading model).

Here are a few things to take notice of on both the chart and in the statistics. On the chart, it’s important to notice that our dual momentum approach did NOT outperform an equal weighted buy and hold portfolio in the first thirty years, but slightly lagged or matched buy and hold for most of the period. Thirty years is the investment time horizon for many investors, not seventy. If only relative strength momentum would have been used during this period, outperformance would have occurred. Absolute momentum, or trend following momentum, will take you out of the market at times when doing nothing would have ended up being the better short term outcome. We call these whipsaws, and they are expected as a short term price to pay for risk management that can allow us to sidestep the majority of painful bear market drawdowns.

Over the long term, relative strength and absolute momentum tend to contribute fairly equally to excess returns. If the future ends up looking more like this specific period of the past, we still would prefer dual momentum’s slight underperformance as a small cost to pay for the psychological comfort of knowing a plan is in place to protect capital against 50% drawdowns. The total outperformance of dual momentum in the last seven decades comes in the more recent four decades where three separate bear markets of 50%+ losses occurred for buy and hold investors. Two of these occurred in the last fifteen years. This is when absolute momentum does its job of taking us out of equities in the early stages of bear markets. Even during the first thirty year period, dual momentum still produced lower volatility and maximum drawdown[4], and a higher Sharpe Ratio. The period of 1946-1972 produced an annualized return of 12.1% for buy and hold and 11.78% for dual momentum, while over the entire duration dual momentum produced both higher returns and less risk.

We make clear to our clients that beating the market isn’t a financial goal, and it would be intellectually dishonest for us to suggest we can guarantee anything about the future. What we can guarantee is that we have vigorously researched a robust investing plan supported by decades of historical data and third party validation. When combined with disciplined execution and realistic expectations, we believe the probabilities are highly in favor of a successful long term investing experience.

Fama/French (2008): Momentum is “the center stage anomaly of recent years…an anomaly that is above suspicion…the premier market anomaly.”

[1] The Credit Suisse Global Investment Return Yearbook shows how both US and World ex-US (in USD) equity risk premiums have far exceeded those of bonds and bills since 1900 forming the portfolio theory basis for focusing on equities in our dual momentum model.

[2] Relative strength momentum compares total returns of one asset class to another over an applicable lookback period. The asset class that has risen the most is held for the next month.

[3] Absolute momentum is defined as having a total return less than the risk free rate (such as US T-bills) over the applicable lookback period.

[4] Maximum drawdown measures total peak to trough loss suffered prior to reaching new equity highs. Maximum drawdown is much more important to most investors than the more frequently mentioned measure of risk known as standard deviation or annualized volatility.

Past performance doesn’t guarantee future results. The concepts of dual momentum were pioneered by the research of Gary Antonacci. We recommend using his best-selling book and blog as an additional resource for studying momentum. This is a hypothetical model intended to show the efficacy of dual momentum, and is not intended to represent specific investment advice. Data is gross of any applicable taxes and transaction costs, and investors should always consult with their tax advisor before investing. All investments carry risk, may lose value, and are not FDIC insured. We provide the hyperlink to Morgan Housel’s article as a convenience and do not endorse nor guarantee the accuracy of any information he has presented.

Feel free to contact us if you’d like to discuss your specific situation further. We welcome every opportunity to discuss how we could add value to your financial life.