Why To Sell a Winning System 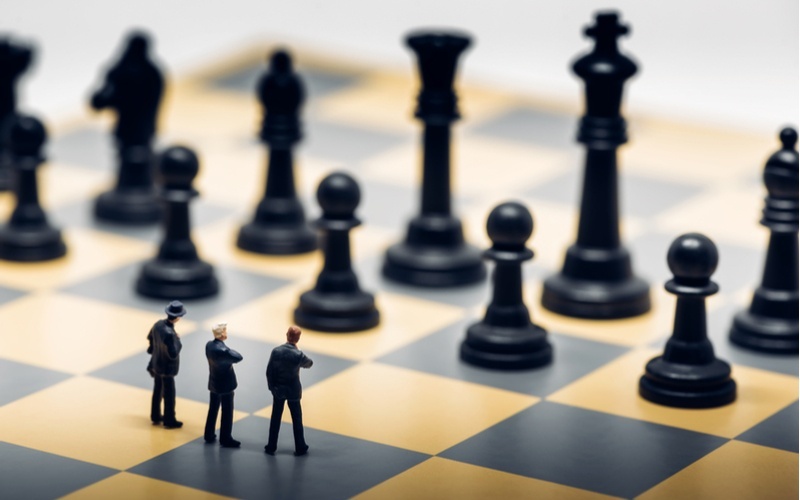 "If your trading system is so good, why to sell it for few hundred bucks? Why not to keep it to yourself and earn a zillion dollars?" This is a question I'm frequently asked, from skeptics, but not only. After all, it makes perfect sense, isn't it? If you can make triple digit returns every year, why share the secret?

I can guess that many people in this industry are getting this question.

Today I got an email from Matthew Klein, CEO of Collective2.com, where he provides some excellent and perfectly logical explanation. Here are some major points.

That’s the question, then, isn’t it?

If you create a good trading strategy, why let other people use it for a modest amount of money, rather than keeping it all to yourself?

Actually, there are several reasons.

The same question can be asked of virtually the entire financial industry. Why do top-tier hedge funds accept investor money? If the guys at Two Sigma are so smart (and they are), why don’t they just trade their own money from an unmarked building in Soho? Why go through the hassle of raising capital from investors?

Or more broadly, why have mutual funds? Why run a bond fund? If Bill Gross is such a genius (and he is), why does he bother accepting investor money, and suffering the indignity of annoying questions, or unfortunate P.R.? Why not trade his own private capital from his house in Laguna Beach, and when people ask him what he does for a living, he can just say, “I’m a beach bum. I don’t do anything.”

Even Masters of the Universe don’t have infinite cash sitting around. After all, many Hedge Fund Titans live in New York City: there are co-ops to buy, kids to private-school, restaurants to patronize. If you are a managing director at a top-tier hedge fund, and you have a million dollars in the bank, ready to invest, which would you prefer: to earn 20% on your money? Or 30%?

Letting other people invest alongside you, and making money on their money, is a form of leverage. (For those not fluent in finance: leverage means using borrowed money to make more money.) Leverage isn’t always a good thing, of course (you can lose more, too) — but if you have high confidence in your trading ability, using leverage can be a wise decision.

Imagine you are a good trader, and you think that you can earn 20% each year on your $200,000 trading nest egg. Now imagine that selling your strategy on lets you earn an extra $5,000 each month in subscription fees from your followers. That’s the equivalent of another 30% on your capital. Sure, there’s no guarantee you will earn that, but if you build a good track record on, you can earn that much, and more.

So, just like a Hedge Fund Titan — or just like a mutual fund manager — you can gain “leverage” on your own dollars by opening your strategy to the public.

Allowing outside investors to trade alongside you, and pay you a fee, also reduces your risk. Let’s be honest about that. A typical hedge fund charges “2-and-20” — which means they charge an investor a fee of 2% of the money invested with them, plus 20% of the investor’s profits. That 2% is charged no matter what — whether the fund wins or loses. It’s called a “management fee,” and in theory it’s meant to cover fixed expenses that happen every month at a hedge fund, no matter what: you know, rent, administrative assistants, legal and accounting, blow.

But money is fungible, and what you pay with one set of dollars is something you don’t have to pay with another set of dollars. One way to think of that 2% management fee is as a risk-reduction cushion. If trading doesn’t work so well in one month, you still get your 2%. When you’re managing a billion dollars, that’s a nice chunk of change.

Now, listen, if you stink up the place six months in a row, most investors will flee and take their 2% management fee with them. But you’ll get a bit of leeway — more so if you have a long and distinguished track record behind you. That leeway reduces your risk. That’s what you gain by offering your strategy to other people, instead of just trading it alone.

So far, I’ve discussed the financial reasons why a legitimate, talented trading-strategy creator would sell his system. But there’s another reason, which is not related to money, but, rather, to career development.

Finance is a hard industry to break into. We’ve all read about the glamorous life of hedge fund managers, but how exactly does one go about getting a job at a hedge fund? You don’t fill out an application online, and — truthfully — unless you go to a top-five American university, you won’t see the face of a recruiter at your annual career fair.

I’ve already written about how stupid hedge-fund hiring practices are. But indignation won’t change the world. The fact is, it’s ridiculously hard to get a job at a hedge fund, and in finance in general, and probably always will be.

But there’s one thing “finance people” respect, and that’s money. Prove you can make it for them, and it doesn’t matter one bit whether you went to Harvard or Pomona State. Money talks.

Running a public track record, with other people’s money at stake, is a different beast than sitting alone in your room, wanking your own tiny brokerage account. The pressure makes some people crack.

On the other hand, some people love performing in public — whether the performance is musical, or written… or financial. Some people share their strategies with the public for reasons other than money: they are building their career, buffing their resume, trying to break into the business.

If the answer to those questions is yes, this is the only thing that should matter to you. Why am I doing this is secondary.