Why not do it yourself?

If you have been trading for a while, for sure you have heard that most traders under-perform, including the so called professionals, the big funds, the "smart money". As it turns out, I had nothing better to do and decided to take a look at how some of those pools of institutional money performed in 2015 when all was said and done.

Sorry to disappoint, nothing new to reveal.

Let's start with the most criticized villains: hedge funds.
According to Barclay (tracking more than 2,000 hedge funds), the average Hedge Fund return in 2015 was +0.04%. Of course, this is before management fees and everything else. More details here.

It is a common practice in the industry to use the 2-20 scheme, meaning 2% management fee on your assets, plus 20% of your gains in the year. Needless to say, the average guy lost money.

Let's move on to the second most criticized villain: mutual funds
For mutual funds I decided to go with a sample of one of the most representative institutions when it comes to wealth management: RBC. I took a look at some of the most popular funds, those with catchy words in the name like "Balanced", "Value", "Global", "Income", "Growth".

If we average out those 2015 returns, we have +0.56% among these 5 big pools. Never forget the average management fee is around 2% per year.

Since inception, they average about 6% annual returns (not too bad), but the 2% management fees turn it into 3% to 4% real returns after fees.....so when you factor in inflation,... yes, you guessed it.

Finally the least hated, in fact most times venerated index funds:
I just kept it simple with the super popular VTI (Vanguard Total Stock Market ETF) VTI's price at the beginning of the year was 105.94 vs 104.34 at the end of the year. With the addition of distributions it finishes the year slightly positive. 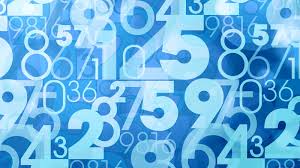 Not beating the simple strategy of holding SPY is something I won't criticize in this article. I have talked about that before. I myself have under-performed the market in some periods in the past. However, one thing must necessarily be said:

If these funds were delivering inferior returns BUT were protecting investors from severe corrections, then we could argue that they have a mission, that they play a vital role: They under-perform in exchange for protecting investors from serious corrections. It's the price to pay in order for our money to be safe. Yet, that's generally very far from being true. Most mutual/hedge funds generally under-perform during market rallies, and over-correct during market sell-offs. In addition, you are not protected against crashes, looking at the history of most mutual funds in 2008, they corrected between 30% and 60%, some even more. And I'm saying "most", not "all" simply because many mutual funds that we have today hadn't been born back then.

This naturally leads people to think: "what the hell! I'm going to passively follow an index". It seems to be slightly better than giving your money to a Mutual Fund or Hedge Fund, but not by much. The index will not save you from the corrections and bear markets. And the saddest part of the story is that you are guaranteed to ALWAYS under-perform. It is mathematically impossible to match the index that you follow, whichever it is. Why? Well, to start off the vehicles you invest in in order to follow the index have a management fee. Yes, usually small, but still a management fee. That alone is enough to guarantee under-performance in respect with the index. Then you also have execution slippage, Bid-Ask differential. That, eats up a little more. Finally, you have trading costs, a.k.a commissions you pay your broker for facilitating the actual buying and selling of shares. When all this is included, index followers usually under-perform the index by 1% to 2% in the long run.

As of this writing, VTI's average annual performance since inception is +5.88%. As explained earlier, the investor is guaranteed to be getting less than that.

Why not do it yourself?
Saying that nobody will take care of your money better than yourself is so cliche. But man it is so damn true.

Most people under-perform, but you are not "most people". Imagine what this world would be if every successful person stopped fighting and improving just because "the majority fails". What would Lebron be if at some point he'd stopped to think: "Why bother? Most aspiring basketball players don't make it to the NBA". What if Joe Di Maggio had said: "Screw it. I'm not even going to make the effort. Most baseball players never get to play Major League Baseball". Every successful entrepreneur, every successful musician, every successful writer, surgeon, engineer...Mathematically speaking, they all started with huge odds against them, just based on the results of the general population.

Most people are lazy by nature, and prefer to invest their time browsing pictures of hot photo-shopped girls on Instagram. You are not like "most people". Even if you browse for some hotties on the Internet, the single fact that you are reading this site demonstrates you are not like "most people". After all, it takes a special kind of liver to be able to read this annoying site for a prolonged period of time.

Why not grow your money yourself, with calculated risks and action plans instead of the constant nervousness produced by the concerns that the markets will always crash tomorrow and I have no idea how the hell my fund manager will react? Why significantly reduce your returns due to paying someone for the privilege of this constant fear?

The numbers, the numbers don't lie.

This article was originally published here by Henrik aka The Lazy Trader. Henrik trades Iron Condors, Credit Spreads, Dividend Growth investing, Cash Secured Puts, Covered Calls, ETF Rotation, Forex. He likes to share his passion with others, educate and learn something from everybody. You can follow Henrik on Twitter.