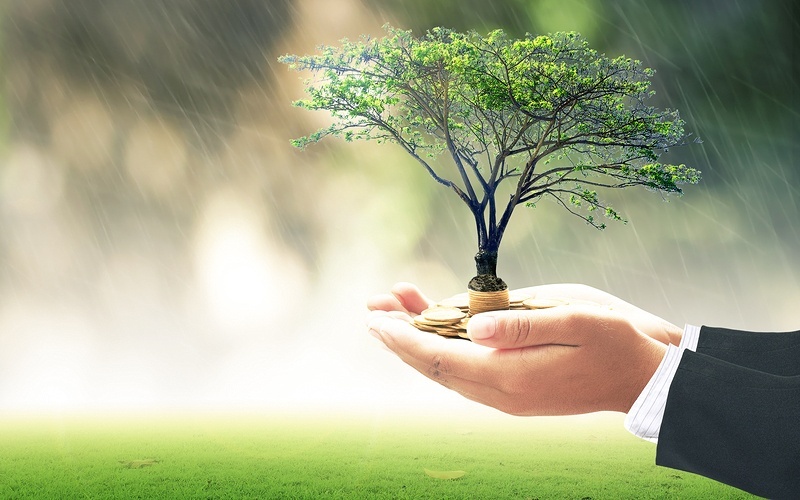 For most option traders their first encounter with options was probably Covered Calls. Covered Calls are easy to understand, seem to have very little risk and convey the feeling of being more than just a “plain investor”. They are still the most popular option strategy.

Can You Outperform the Benchmark?

Because investors seemingly take for granted their understanding of Covered Calls they have been reluctant to put them under the microscope. This article will take a little different look at Covered Calls and suggest, perhaps, a more efficient way to accomplish the same goal.

Let’s start with the investor that believes they can outperform and carefully and diligently selected 20 positions. This investor now wants to 1) hedge against a down market or 2) try to create additional income through Covered Calls. Though they are hedging against a drop, let’s say they want to leave a little room for an upside and so they write Covered Calls on each position with strikes, say, 1% Out-of-the-Money (OTM).

Now, let’s say they picked the 1% OTM strike perfectly and the overall portfolio went up 1%. Great planning … or was it? No portfolio has stocks that move up exactly the same. In any typical portfolio some stocks will do better than others at different times. If everything was the same, why own more than one stock? So, if a portfolio went up 1%, it just makes sense to assume that some stocks went up more than 1%, some less than 1% and some may even have gone down.

As a result of this, a carefully structured portfolio will not perform as intended if subjected to Covered Calls. Let me drive this home using a simple two position portfolio as an example. Let’s say that the Covered Calls were 1% OTM. One position goes up 6% and the other goes down 5%. The portfolio gained 1%. However, the Covered Calls capped any individual gains at 1%. As a result, a portfolio that should have gone up 1% actually went down 4%. I call this the “over/under-achiever“ problem.

Now, some will argue that they could just write the OTM strikes at different levels on different stocks. Well, if anyone can pick outperformers in their own portfolio that correctly, why not just junk the underperforming stocks and stick with the outperformers?

There is a better way … a methodology that will enable the investor to reap these excess returns and realize the outperformance they were planning on. It’s nothing earthshattering. It’s nothing difficult. It’s done all the time. 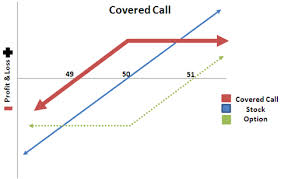 Instead of writing COVERED CALLS on selected positions, use Naked Calls against the benchmark.

So, let’s say that our investor, instead of writing Covered Calls on 20 positions, just wrote a Naked Index Call on the S&P500 Index (SPX). Well, first it’s one trade and not 20 trades. Easier to implement, maintain and less costly … not to mention many more expiry dates. It is also Cash Settled and avoids the problem of having a position being “called away”.

Let’s look at what would happen if the investor’s portfolio outperformed the benchmark and went up, say 1.2% while SPX only went up 1%. Inasmuch as their actual holding was not subjected to any call, they realized the entire 1.2% upswing. Nothing is called away. The SPX, having gone up somewhat less at only 1%, was 100% profit with no give back.

As another example, let’s say that a portfolio went up 2% and the SPX went up only 1.5%. The Naked call on SPX, landing In-the-money .5%, will reduce the overall portfolio value by .5% through a cash debit. Nothing is automatically sold. The investor can either meet that .5% using their available cash or select to sell whatever they want. But, after the smoke clears, their portfolio is still AT LEAST .5% ahead of where it would have been with Covered Calls.

I say AT LEAST because if there were substantial outperformers and some laggards as discussed earlier the net could be much less.

What if the investor didn’t want to hedge all 20 positions and just, say 1/2 the portfolio value? With individual Covered Calls one must select which positions and what strikes. With a Naked Call, just select the appropriate number of calls and it’s done.

This can be extended to individual stocks as well. Let’s sat the investor had a tech stock and wanted to sell a covered call. Well, they either believe their tech stock will outperform QQQ or not. If they believe it will, then just sell a sufficient number of calls on QQQ to mimic the individual position.

The Devil is in the Details

But, and this is important when writing naked calls …. Make sure the underlying benchmark (or combination of benchmarks) is representative of your actual holdings. One should avoid a mismatch … unless it is deliberate (and that’s for another article).

The next important point to keep in mind is this method works ONLY if the investor selected portfolio outperforms the benchmark. If the benchmark outperforms the portfolio, they might have been better off with COVERED CALLS. I say “might” because writing Covered Calls always runs the risk of the over/under-achiever problem and one can never know how bad it can get.

What about Covered Calls on an index ETF such as QQQ or SPY? The “over/under achiever” problem doesn’t exist as the ETF, by its very nature, “blends” the individual stocks. But there is one thing you can do to get a better experience if your portfolio is in a taxable account (not an IRA or ROTH).

When one sells (writes) an option on equities, net gain is ordinary income, regardless of holding period and taxed at the highest applicable rate. On the other hand, options on indices such as SPX, RUT and NDX are IRC 1256 contracts and afforded special tax treatment. Any net gains are 60% Long Term Capital Gains and 40% Short Term Capital gains (so called 60/40 rule). This holds even when they are sold short and regardless of holding period. The 60% afforded LTCG can mean a significant reduction in tax, especially to those in higher tax brackets.

Assuming one expects to gain on selling an option, they will pay less tax if they sell the index option (such as SPX) instead of the corresponding equity option (SPY).

Any investor that is selling options on SPY, QQQ or IWM may want to consider switching to SPX, NDX or RUT if the tax savings are significant.

Rounding out the issue, selling naked index calls does impact margin and requires sufficient trading authority. Unless the investor can manage these “hurdles”, then they might as well just default to Covered Calls and hope it works out. When all is said and done, perhaps the additional knowledge and trading authority required for naked calls is the real reason people don’t hear much about these methods.

Covered Call strategies are often taken for granted without too much thought. That might work fine for the occasional investor “playing around” or trying a few trades. However, for the serious investor that is considering a long term or repetitive strategy designed to augment income or provide some hedge, Covered Calls present some problems. Selling naked calls on a replicate benchmark through either a single index option or combination of index options will almost surely return better results.

Once you boil it all down, the Naked Call is superior BUT it tests the investor’s equity selection. That is, it’s not about one option versus another, but whether the investor has the requisite skills to assemble a portfolio that can beat a benchmark or combination of benchmarks. If the investor is a chronic underperformer maybe the real answer isn’t Covered Calls versus Naked Calls, but something else… maybe professional money managers or simple index ETFs. On the other hand, if the investor is a solid investor, they have an opportunity to even expand upon that record by abandoning Covered Calls in favor of Naked Calls.

Ken Reel is a well known and respected Seeking Alpha Contributor with over 100 articles. He has worked in the financial service industry for 40 years. Ken's area of expertise is risk management and complex financial products. He has been a frequent speaker, on behalf of many financial firms, to financial professionals across the country. He has extensive experience in statistics and actuarial science.