The Naked Put, A Low-Risk Strategy 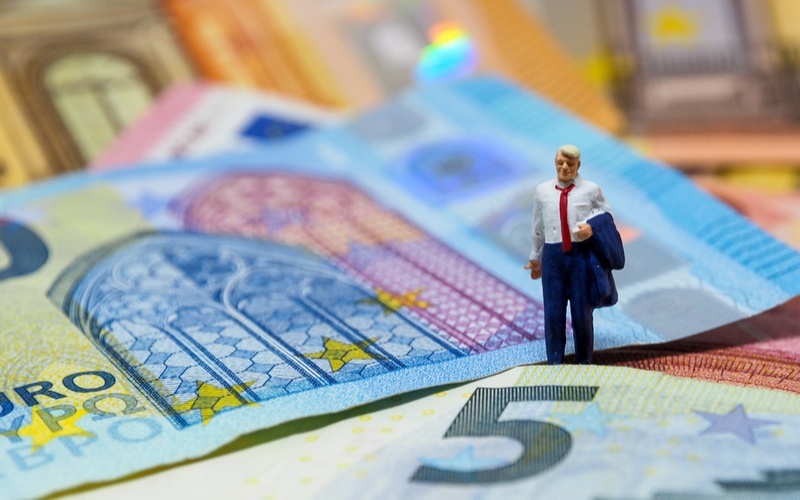 The naked put is a low-risk strategy, despite commonly held beliefs to the contrary - guest post by Michael C. Thomsett. The market risk of the naked (uncovered) put is identical to the market risk of a covered call. However, the two strategies also have important differences:

The timing for opening a naked put is essential to reduce exposure to unwanted exercise. The best position for a naked put is when the underlying price moves through support and you expect price to retrace back into range.

For example, the chart for Amazon.com (AMZN) shows examples of when this occurred.

The highlighted price moves both fell below the trendline shown on the chart. Given the long-term bullish trend for AMZN, it was reasonable to expect the price to reverse to the upside. This is what occurred in both instances.

A second consideration is creation of a buffer zone between current price per share and the selected strike for the short put. Because AMZN is a high-priced stock, the opportunities for buffer zones are significant. For example, after the huge decline in February from nearly $1,500 per share down to 21,350 by February 6, anticipating a rebound would be well-timed. During the trading day of February 8 and about 30 minutes into the session,AMZN was trading at $1,416.36 per share. A couple of naked put trades to consider at that  moment:

The timing and buffer zone are the two keys to a successful short put strategy. Whether you select extremely short-term (one day) or a little longer (eight days), the profit potential is attractive, in large part due to the recent volatility in the market and in AMZN, which fell 150 points in two days. The extreme move in price makes the point that timing is everything with this strategy. The likely bargain hunting at such a low price makes an upward move likely. By February 8, price had always moved from the low of $1,350 to $1,416, recovery of 66 points out of the 150 points previously lost.

As with all options strategies, especially those involving a short position, this one has to be monitored every day. Because things change rapidly in volatile markets, you need to get out when you can to maximize profits or, in worst case situations, to  mitigate losses. The need for a buffer zone and attractive premium levels makes the naked put a potentially profitable strategy, even for the conservative trader.