The Idiocy of the FED and ECB 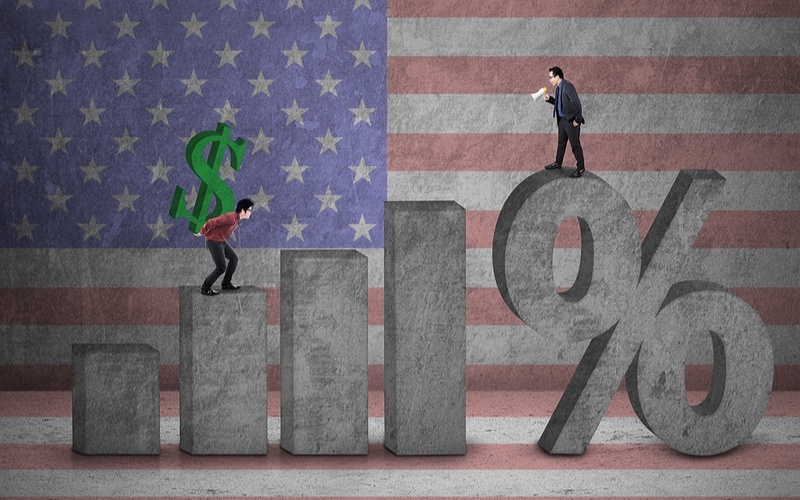 The US is currently stuck in a low interest environment, with rates at historic lows.  Portions of ECB countries even have "negative" interest rates.  The theory behind this is that it promotes spending over savings and spending should be beneficial to the economy by driving money back into the economy.

The only problem with that theory is that it does not match what occurs in reality and if the central planners/bankers had thought about it just for a second, they would have realized the absolute idiocy of such a plan.

A few days ago I was reading through mises.org and ran across the following article.

It does a great job of graphing out the failed low inflation policies of the world's central bankers, and I won't rehash the full article here as it is a short read for anyone who wants to read it themselves.  What I would like to discuss is how this policy should have been seen as idiotic before ever being implements.

For starters, reducing interest rates does NOT promote spending, it actually basically forces savings to go up.  Let's say you make a salary of $100,000.00/yr at age 30, would like to retire at age 65, project your death at 90, and would like to keep your salary of $100,000.00 for that 25 year period (which due to inflation is actually less than the present value $100,000, but theoretically you should need less in retirement).

If you contribute 10% of your salary per year, for 35 years, at 10% interest on average, you would end up with around $3.2m in retirement -- more than enough money.  If you only get 7% interest over that same period, you end up with around $1.5m.  You should still be ok in retirement at that level, but you won't have that huge cushion for medical emergencies, having to fund the kids when they move back in, etc.

But if you drop the rate to 2%, which is better than you can get in today's market in secured investments (you can get better at higher risk), then you only end up with $500,000 -- which is not enough.  So in a low interest environment you actually have to save more money.  The lower the rate of interest, the MORE  you have to save.  Most savers are rational people, and most investment advisors understand retirement based savings.  This is not a hard concept, but our policy markets have chosen to ignore both logic and actual results (see mises graph for actual results).  The FED and ECB have become VERY accomplished at explaining away reality (see mises graph) in order to support their conclusions.

The second reason for low interest rates the FED and ECB claim is that it increases borrowing, which is then pumped back into the economy, thereby creating growth.  This particularly thought fails for two reasons. 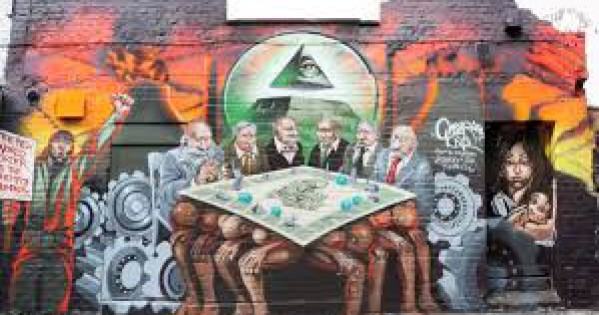 First, while low interest rates may drive refinancing of debt (I know I refinanced from a 4.5% down to a 2.5%), it does not actually increase net borrowing -- for the simple reason that it makes no sense to borrow money on a new loan now if you think rates are going to keep going down.  The FED has not raised rates and the ECB has publicly stated that it is going to keep decreasing rates.  Think about that -- if interest rates on a loan are 2% now but will be 1% in three to six months, why in the world would you borrow that money now?  As long as central banks keep signalling that they are not changing low rate policies, then borrowers have no incentive to go borrow and spend now.  On the other hand, if the central bankers were to put out a published schedule showing how rates were going to rise over the next two years borrowing would greatly increase to get in front of the rate change.  Borrowing and repaying are both items that depends on FUTURE events just as much, if not more, than as present events.  Borrowers are more driven about where the economy will be in 3 years when borrowing than what rates are today.  This obviously does not always apply, as a consumer who needs a new car because their car broke, will borrow regardless of the rates.  This doesn't render this point moot though, as the car purchaser would have bought a car at this point in time regardless of interest rate policies.

Secondly, low rates make it harder to lend money.  I have several bank clients and am a tiny investor in a community bank.  Low interest rates reap havoc on banks.  As most of you probably know, banks make money on the interest spread.  They might pay 3% to depositors then loan that money out at 7%, thereby making 4% on the borrowed money.  When interest rates are low, they can no longer even pay for deposits (so 0%) and loan money out at the lower rates (2%), lowering their spread by 2%.  When profit margins and the spread are smaller, banks have to reduce their risk.  If  your revenues are cut in half, your risk must decline as well or your bank becomes at risk as well.  With lower profits, banks also have to increase their loss reserves, thereby reducing the amount of money to lend.  So yes, banks have a ton of money to lend right now -- but they cannot let it out the door at the current spread.  Again, this is just simple logic that the FED and ECB are ignoring -- but again logic which has been backed by reality for three to four years.

This leads to the unfortunate conclusion that either our central bankers are morons (a possibility, but one that I doubt) or that they have been told by the government that rates MUST be kept low.  Almost every G-20 country is a debtor nation.  If interest rates go up, they have to service more debt, and they go bankrupt at a faster rate.

This is the same reason they lie to consumers about deflation being bad.  Any rational consumer (and this is backed up by numerous studies, and Japan's current economy and consumer preferences is a great study on the topic) prefers a deflationary environment as the goods they are buying become cheaper.  Most families I talk to complain of the inflation of the past few years, groceries cost more, insurance costs more, gas costs more, real estate costs a ton more, etc.  In a period of deflation these prices would come down.  But for the same reason as interest rates, the governments cannot let this happen.  In deflationary environments future earned money is worth more than current earned money.  (Would you rather buy a dozen eggs for $2 today or $1 next week?).  If governments owe money, that is to be paid back in the future, it is harder when the money in the future is worth more.  So again we get policy lies and idiocy.

I don't want to seem like I'm ranting or have a bone to pick, but I just cannot get by the FED and ECB's current position.  It is not backed up by logic or proven successful in reality.  At some point the band aid must come off (and yes that will likely cause a temporary stock market slide, maybe even a large slide), but until the central bankers get off their manipulation of rates, savers will continue to save more, banks will continue to reduce savings and be at risk (high profits reduces bank risk), and inflation will continue to hurt consumers.

I also have no idea how to get these policies changed.  There is zero chance of Clinton making the change, and I think a close to zero chance of Trump doing it.  If you have bright ideas yourself, please contact your local regional FED bank (good #$*(&()@# luck).