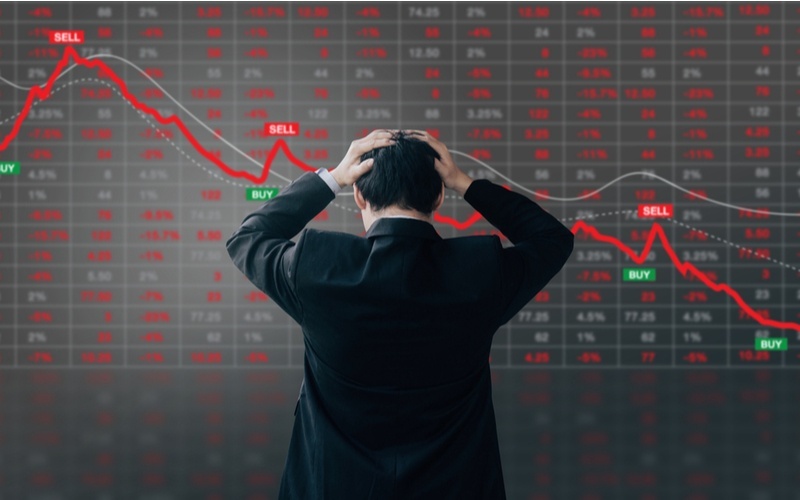 At his blog, Joey offers his perspective on the top reason that so many trader wannabes are not, and will not, become profitable traders. His post is titled: Learn to Lose Money to Make Money. Here are the Excerpts from the blog.

The majority of people reading this are not profitable traders. If I could single out the most common culprit for sabotaging your trading it would have to be not being able to take a loss. This is especially prevalent amongst new traders… out-sized losses are what cripple your account and push you into the negative column. You will never be a successful trader, EVER, until you learn how to take a loss.

The problem is that many traders equate a losing trade with making a mistake. This is simply the wrong way to look at it. A trader should judge his trades by grading the process, not the results. There are simply too many unpredictable variables impacting whether a trade is successful or not. [MDW: I’ve said this repeatedly]

Doubling down or holding on to a losing position for fear of taking a loss will eventually lead to your ruin. This will work at times… However, the problem is that the few times it doesn’t work out will lead to huge losses. Some stocks DO go to zero and stocks dropping over 20% in a day are not really uncommon.

Stocks don’t always come back and even if they eventually do, you could have been better off looking for a better opportunity. You wouldn’t keep your money in a shoe box so why keep it in a stock that’s going nowhere? Traders should focus on the process and in striving for perfection in the mechanics of a trade instead of worrying about the results. Make sure you have a plan and execute it flawlessly every time. This means only entering a trade for which you know you have an edge and then exiting at a predetermined price or condition when it goes against you.

If you take your losses religiously and focus all your effort on minimizing the mistakes in your trading process, you will undoubtedly improve as a trader. In fact, it would be damned hard to be a losing trader if you truly embraced this simple rule. Remember that taking a loss doesn’t mean you were wrong. The probabilities simply didn’t work out in your favor.

Joey is talking about stock trading, but his observations apply to option trading as well. Most of us have the ability to be profitable, and those who last a long time must show some income for their efforts. But there is something about human nature that makes it difficult to accept a loss, or even recognize how dangerous a given trade has become.

A trade plan places the number in front of your eyes: the dreaded maximum permissible loss. Most traders fail to use the trade plan in the first place, and then a certain portion of those who do refuse to accept their earlier decision as the correct step to take. It’ so tempting to try to get back to even, when all you are doing is gambling.


Trading is a game of statistics. When you have an edge, you will win. When the edge disappears, as it inevitably must for some trades, then giving up and not fighting the statistical truth is the only winning action.


This philosophy is not hindsight speaking. If you regularly limit losses, many times it would have been better not to act. But that’s not the point. The point is the only way to avoid the big loss is to take that loss when it is small.

As I was finalizing this post, Darren echoed the same theme at his blog: (Attitrade-ProactiveTrading)

By simply writing out my target and stop (amongst other things) before placing a trade I became more mechanical in my trading. If my loss target was hit I moved on to the next trade then processed the losing trade later in my journal. Losing sucks but what really sucks is losing more than I should by not following my rules. The mental baggage that will be carried from knowing better yet lacking the discipline to do so, my friends, is the real damage from a loss.

I know that it’s difficult to take advice offered by others. We all feel we must learn our lessons by ourselves. Let me assure you that I would be a whole lot better off today had I bothered to pay attention to the great advice offered to me. Now it’s your chance to learn from those who have been there – or were smart enough never to have gone there.

Mark Wolfinger has been in the options business since 1977, when he began his career as a floor trader at the Chicago Board Options Exchange (CBOE). Mark has published four books about options. His Options For Rookies book is a classic primer and a must read for every options trader. Mark holds a BS from Brooklyn College and a PhD in chemistry from Northwestern University.