Should You Close Short Options On Expiration Friday? 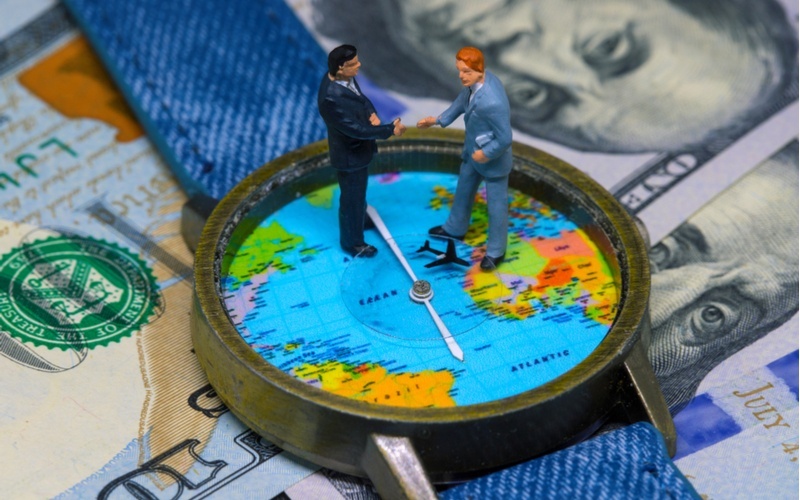 Options traders spend a lot of time trying to figure out the perfect moment to open a trade; but little attention is devoted to the other side of the transaction. When should you close? This applies equally to long and short positions. However, one aspect of short timing concerns expiration Friday.

The best time to open a short trade is the Friday before expiration. With only one week to go, there are seven calendar days remaining, but only five trading days. With time decay accelerating rapidly, the typical option loses one-third of remaining time value between Friday and Monday in this crucial week.

One trading technique combines several attributes about opening and closing the short trade:

To this final point: Should you buy to close on expiration Friday?


In fact, there often is very little justification for waiting out expiration, even if that was your original goal. If the option is out of the money, it will expire worthless; if in the money, you risk exercise by holding on to the contract.


Buying to close on expiration Friday makes sense for many reasons. Even when the position is out of the money, what if the option moves just before close and ends up slightly in the money? It will be exercised. Because it was close to no value, this consequence of waiting makes the risk unacceptable. Closing and taking profits is the rational choice.


Another reason to close on expiration Friday is that it frees up your collateral to sell another option, one expiring the following Friday. This assumes that the six points listed above still apply. You must review the current underlying price and strikes, and check proximity of price to the upper or lower Bollinger Bands (or other signals you might prefer to use).


Also check momentum. Relative Strength Index (RSI) may be the most consistent and reliable test of coming reversal. Look fort movement into overbought or oversold, which confirm what you see in Bollinger Bands signals. Combine RSI with other signals as well, including volume spikes or strong candlestick reversals (engulfing, three white soldier or three black crows, morning or evening stars, hammer or hanging man, to name a few). The more confirmation you find for reversal signals, the higher your confidence is in the likelihood of reversal.


The strong reversal signal is likely to occur on expiration Friday, when option premium tends to peg to the underlying price, meaning it is likely to move to the closest expiration. This is one example of the option market’s influence on stock prices, but it occurs primarily on expiration day. Friday is an excellent opportunity to close a short position and take profits; and to then replace the position with the option expiring the following week.


If you do close the current option on Friday and replace it, what is the best timing? Some traders like to make decisions first thing in the morning; others prefer last-minute trading. But regardless of personal preferences, the best time to trade is when conditions favor maximum profit. If your short option is out of the money by mid-morning, get out while you can still get maximum benefit. Things can change rapidly; and on expiration Friday, a slow morning could be following by a volatile afternoon, including reversal of direction. This is where many options traders lose money. In hindsight, they should have bought to close before the lunch hour, but they did not anticipate losing the advantage they had being out of the money.


This is a problem that potentially recurs every Friday. Because prices change rapidly on this day, get out when you have profits. Fridays are unpredictable not only because of the option expirations, but also because the weekend can mean big changes. Traders want to close out positions rather than holding them open through the weekend, and this applies to both long and short equity positions, as well as options.


The next question is, when should you sell to open the new option? If the morning presented an opportunity to take profits, it could also present an opportunity to open a new short trade with a different strike. Base timing on Bollinger Bands if the underlying is volatile. Once you are out of the original position, you can time a new one any time you want – same morning, later in the day, or just before the close.

Timing. It is all a matter of when to take profits or cut losses, and when to replace the original position with another.