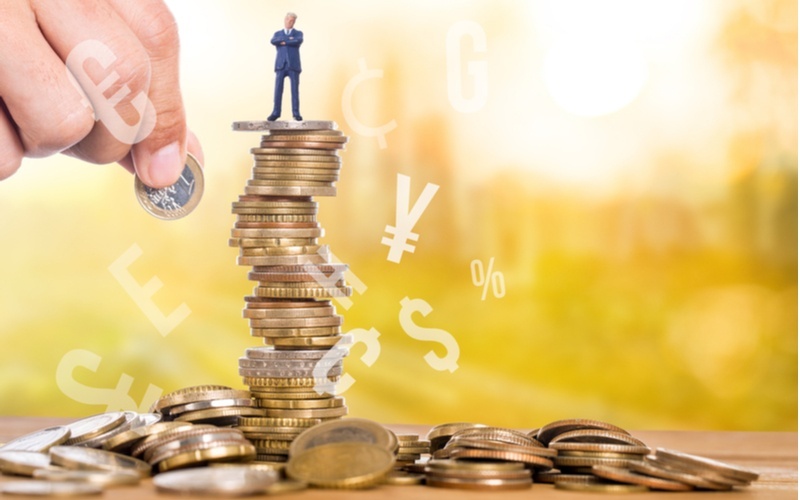 One of the biggest challenges I come across with the typical investor is maintaining realistic expectations and being able to properly understand the tradeoffs between risk and return. We all want high returns with low risk and there’s no limit to the efforts we’ll make to find it.

For example, Bernie Madoff was able to run the largest Ponzi Scheme for decades by intimately understanding human psychology.

Criminals like Madoff are often highly intelligent people who know how to prey on human emotion. He knew that if he told people they were making extraordinary returns they’d get suspicious and he might get exposed for the fraud that it was. So he instead played on the emotions of investors, many of whom were savvy enough that they should have known better, by telling customers they were making above average returns without the commensurately higher risk. During the 2008 Financial Crisis, investors were so panicked that they were selling investments of all kinds, causing Bernie’s house of cards to finally collapse.

So how can we use history as a guide? We first should consider the words of Spanish philosopher George Santayana – “Those who cannot remember the past are condemned to repeat it.” A basic tenant of investing is that the path to higher returns is found through taking higher risks. Anomalies that suggest higher returns without a commensurate increase in risk should be approached with a high degree of caution and skepticism.

Below are several widely known risk factors that leading academic researchers have identified to lead to commensurately higher returns:

With this information in mind, investors can construct well diversified portfolios based on their own unique ability (time horizon), willingness (risk tolerance), and need (required return to reach goals) to take risk. But the nature of risk and return is that expected returns do not always result in realized returns. If the relationships described above always played out as expected, there would be no risk. So back to the concept of history as a guide, we can look back to see how often these relationships between risk and return did not work out.

The above chart is from Larry Swedroe’s excellent article, “Value Premium RIP? Don’t You Believe It”. The chart tells us how frequently each source of expected return was not realized over 1/3/5/10 and 15 year rolling periods since 1927. For example, the US stock market underperformed riskless Treasury Bills over 30% of 1 year, 19% of 3 year, 16% of 5 year, 7% of 10 year, and 0% of 15-year periods since 1927. Investors simply aware of this data would be much better equipped to make sensible investment decisions as well as understanding proper expectations.


If you had capital you could invest for 1 year, you likely wouldn’t take risk if you knew there was a 30% chance of failure. Additionally, the magnitude of failure over one year can be quite great, with the stock market not only underperforming risk-free treasury bills but also producing losses (occasionally large ones). Now contrast this with the 15-year timeframe where there has never been a period of underperformance, making the thought of holding riskless treasury bills for this long (or longer) seem equally as irrational as holding stocks for only one year. Forewarned is forearmed.

As it relates to the actual equity portfolio, many investors are surprised by the historical evidence that increasing exposure to small and value stocks has outperformed a market portfolio about as often as a market portfolio outperforms treasury bills. My firm recommends the use of Dimensional Funds for the implementation of this research, and since 1970 the globally diversified and small value tilted Dimensional Equity Balanced Strategy has outperformed a market like S&P 500 portfolio in 80% of 10-year periods by an average of more than 3% per year.  Note this also would have occurred with comparable risk due to the benefits of diversification. 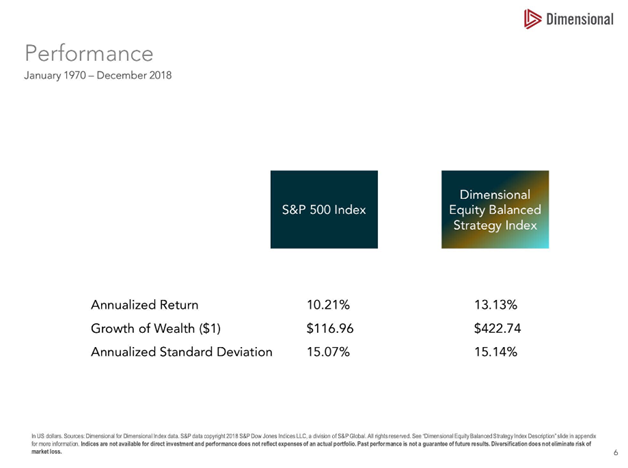 It’s very easy and human to overcomplicate things, including investment decisions.  The knowledge and historical perspective of a great financial advisor with a focus on the best interests of the client can lead to better investment experiences and greater peace of mind. A focus on the things that we can control, such as allocating capital according to time horizon, diversification, fees and expenses, taxes, and rebalancing are all ways we can stack the odds in our favor. Understanding the historical probabilities can also lead to greater patience to endure the difficult times when the known risksof investing actually show up. Enjoy the ride!