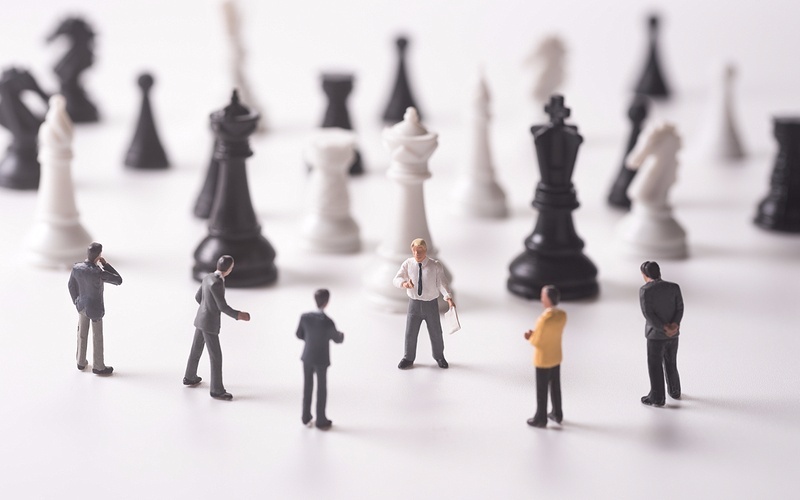 Zero-sum is a situation in game theory in which one person’s gain is equivalent to another’s loss, so the net change in wealth or benefit is zero. A zero-sum game may have as few as two players, or millions of participants. Options trading is considered by many a zero sum game. But is it really a zero sum game?

I would like to present two opinions by two different options experts, and let you to decide.

Are Options a Zero Sum Game? - by Mark Wolfinger

Most people consider options trading to be a zero sum game. When you make a trade, someone takes the other side and when one of you gains, the other loses an equal amount. From that definition it’s difficult to argue that the term ‘zero sum game’ does not apply to options, and to trading in general.

However, I do make that argument.

A Profit in Stocks

When a trader decides to sell a specific holding when it rises to $75 per share, the trader may make a mental stop, or enter a GTC (good ’til canceled) sell order with his/her broker. When the stock is sold, the trader is happy with the result. Sure the stock may move higher, and one can argue that our trader ‘lost’ money by selling and that the ‘buyer’ made money. With this point of view, trading is a zero sum game. I’ll concede that the buyer earned money, but not at the expense of the seller.

I prefer to look at it this way: Our trader earned the profit he hoped to earn, and when that happened, he/she willingly transferred ownership of the shares to another trader. Once the position is out of the account, the trader neither makes nor loses anything. Any change in the stock’s value affects only the new owner. There is no corresponding loss on the part of the trader who sold the shares. One trader made a graceful exit, accepted a profit, and now a different trader has a new investment.

Most of the world looks at options differently. But I don’t.

If I buy a call option and earn a profit by selling at a higher price, there is no reason to believe that the seller took a loss corresponding to my gain. The seller may have hedged the play and earned an even larger profit than I did.

The thought that options represent a zero sum game assumes that all trades are standalone plays and that if you profit, the other person must have lost. Just as our trader above decided that transferring ownership of the shares to another investor would be a good idea at $75/share, so too does the covered call writer.

When I sell a covered call, I am thrilled when the stock rallies far above the strike price. It means I will earn my desired profit. Better than that — if the big rally comes soon, I will be able to exit the trade with perhaps 90% of my cash objective. Why is that so good when the last 10% is sacrificed? Because of time. If there are still many weeks remaining before expiration day arrives, I can reinvest my money into another position and use the same cash to earn even more than that 10% left on the table.

It may be true that the person who bought my call scored a big win (if the trade was not hedged), but that’s not my loss. In fact, it was my additional gain (in the scenario presented).

Options were designed to transfer risk. In the covered call example, the seller accepted cash to help reach the target profit. By doing so, he/she willingly took cash to limit the profit potential of the trade. However, the point is that there was no potential profit to be sacrificed. The call seller would have sold stock at the strike price ($75) and earned less profit than the covered call writer, who collected $75 in addition to the option premium.

The option buyer took on limited risk. If the stock did not rise far enough or fast enough, that buyer would have earned a loss.

I don’t see anything resembling a zero sum game in hedged options transactions. I understand that others see it as black and white: If one gained, the other lost. But that’s an oversimplification. 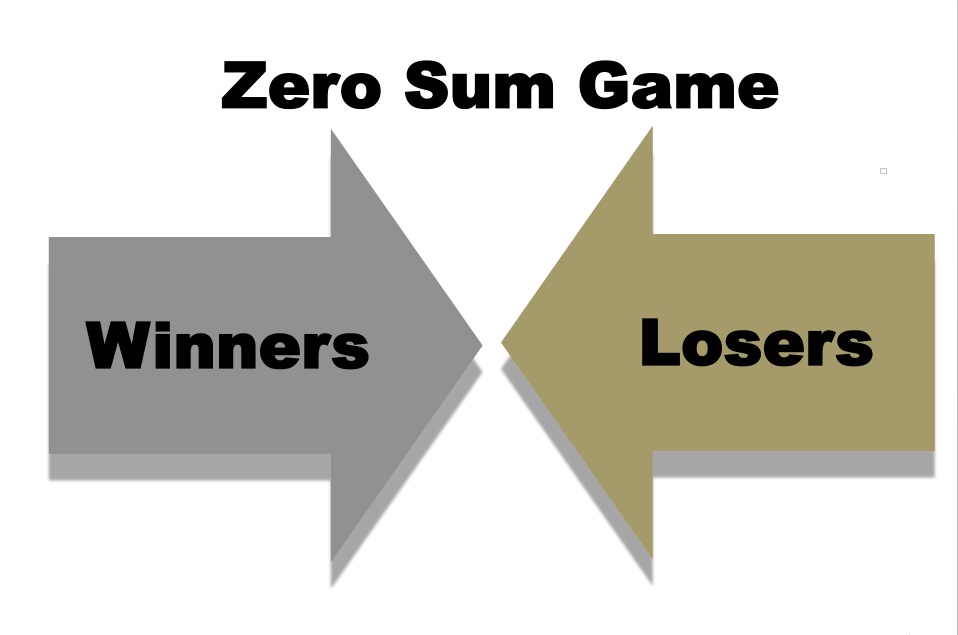 There’s an urban myth in options trading that’s probably as old as the CBOE itself: It’s often said that options trading is a zero-sum game. In other words, if someone wins, someone else has to lose, right? Well, no.

It’s true that the stock or option or future or whatever will go up or down, and only one of us can be right. But that assumes that each of us doesn’t do something else on the side.

Let’s look at a few scenarios in a typical options trade on an underlying stock.

In this case, you both can win.

In this case, you both lose. The difference is that the market maker started out with the opposite of the trade you had, but she changed it into something else.

So, the options market isn't really a zero-sum game when you look at two independent traders taking opposite sides of a trade. Each can hedge or adjust their position without the other trader doing anything. The beauty of trading options is that you can make investment decisions based on market news, volatility, time to expiration, underlying moves, and so on, and/or create different option strategies to hedge your initial trade or position at any point of time. If there's a hedge involved on the "loser" side of a trade, and the net result is a win, two traders can net out as winners, and the zero sum argument goes out the window.

However, if you look at all the traders and investors out there in aggregate, trading does become a zero-sum game. When the market maker buys the stock as a hedge against her short call, someone else is selling that stock to her. If the stock goes up, the person who sold the stock misses out on the profits.

So, the zero-sum theory works for the grand scheme of the markets, but not necessarily on the trader-versus-trader level.

Where does this leave you? Pick your trades carefully and make sure they make sense to you. Consider proper hedges with your options trades, and let the other folks worry about their own profit/loss ratios. You just have to worry about yours.