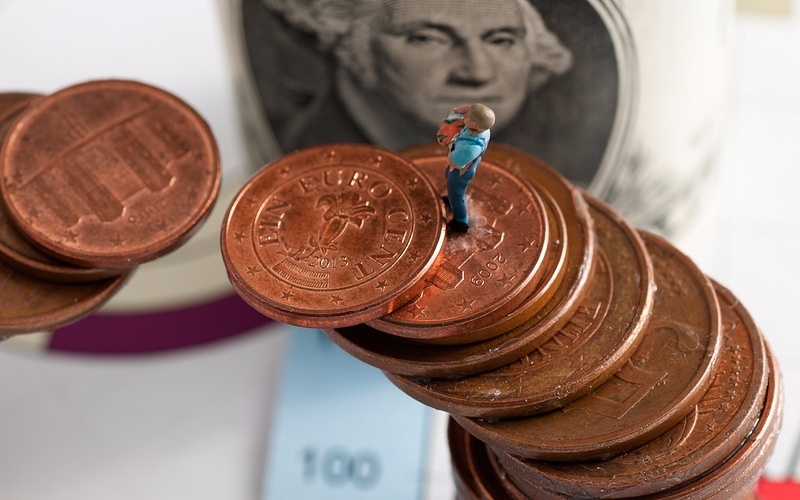 Recently there has been much discussion in the media about the new "fiduciary rule" Obama imposed through SEC regulations.  Despite the industry outcry, this actually is a great thing for consumers and could go to end many of the practices that I find deplorable which are common in the investment advisory industry.

I grew up in West Texas, went to Texas A&M University, live in Dallas, and am a strange combination of libertarian and conservative.  It should come to no surprise to anyone that I am not a huge fan of the US's current president, the laws he's passed, and his general ideas on how economies should work (I believe I've used the term economic illiterate before).

I tell you this to emphasize what I am writing about today.  Many people do not know that in April 2016 that Obama and his regulators passed a new rule for retirement accounts -- known as the Fiduciary Standard.  The rule is not complicated, it simply states that if you give financial advice, including to all retirement accounts, you must put your clients' interests first.  Essentially all financial advisors are now fiduciaries to their clients.  The government is giving firms until January 2018 to comply.

When I read this back in April, I didn't think anything of it.  At my investment firm, we already require all employees to adopt above a fiduciary standard.  Doing no wrong by our customers is one of our principal beliefs.  Until these past few months, it never occurred to me how rare that position actually is, and I am absolutely amazed by the industry response.  People give advisors (me included) their hard earned money, their entire retirements, and trust me and my firm to do the best job we can to make sure their money is properly taken care of.  This doesn't mean losses may not occur, but it does mean we do everything in our power to perform to the best of our abilities.

In other words, I fully support the fiduciary rule (it feels strange to be saying that about an Obama policy).  Yet almost no large brokerage and investment businesses do.  Charles Schwab had to write down future earnings, their stock fell 20% in the wake of this announcement, and they have been an outspoken critic of the rule.  E-Trade similarly fell 20% in value and voiced the same complaints.  Today's Wall Street journal has a piece on Morgan Stanley stating that they are going to start charging exorbitant fees to all of the retirement accounts because of the new rule and warns that the rule will "punish" their customers.  What a load of bull.

What has happened is that the gigantic scam big firms pull on their clients is coming to light.  As CNN Money and Bloomberg noted in articles on this topic, most advisors are simply salesmen.  Many are not capable of putting a client portfolio, a mutual fund, optimal investment strategies, and so forth.  Instead they take a client questionnaire, put it into their "proprietary" software, and invest their clients as told to do by the software.

In practicality what this means is that Morgan Stanley will miraculously put you into Morgan Stanley mutual funds that have load charges and high management fees.  Charles Schwab will put you in Charles Schwab branded mutual funds that have load charges and management fees.  New York Life will sell you an annuity that has a gigantic commission that goes to New York Life and perhaps has an exit penalty.  Edward Jones, Merrill Lynch, LPL financial -- they all do the same thing.  And their brokers are paid based on how much they sell.  Essentially most brokers are car salesmen.  Unfortunately for the consumer these are not always "branded" funds either -- most mutual fund companies have high charges and pay high commissions on the sale of their products.

This would be equivalent to going to a used car lot, a salesman wearing a Ford shirt comes out, and recommends you buy a used Dodge.  "Wow" you think, the Dodge must be great if a Ford guy is recommending it, so you buy it, only to find out later that Dodge paid the salesman a commission that was 50% higher than on the other car you were looking at, has higher mileage, lower blue book value (Morning Star), an that there are penalties if you try to trade it in.

There is nothing special about a Morgan Stanley or Third Party high fee/high commission S&P 500 mutual fund or broad market fund.  Maybe it has a fancy name and flashy literature.  Maybe there is some great story behind it.  But if you put it toe to toe with a Vanguard Fund or low cost ETF that tracks the same, or similar, holdings, you quickly see that you are paying load charges and outrageous management fees. 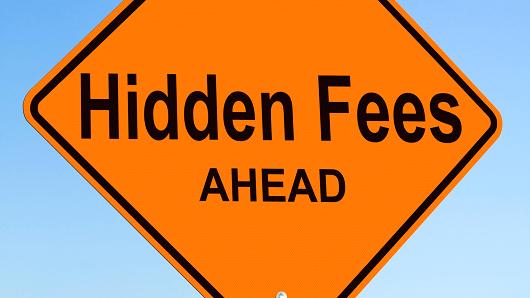 The Fiduciary Rule eliminates all of this complete screwing over of customers.  Essentially if you tell your advisor that you simply want to invest in the broad market he can no longer sell you the product that pays him the most.  Rather he must put you in the product that is most advantageous for YOU.   This rule will utterly destroy all high fee/high load mutual funds that don't do anything other than track "US Large Cap," "US Mid Map," "US Growth," or sector funds because there are funds and ETFs out there that charge no loads and have very low management fees.  Many of these products don't pay commissions.

For instance, Morgan Stanley's US Core Portfolio, MUOIX, is essentially a S&P 500 fund, its returns are VERY highly correlated with the S&P 500.

But the Class A fund charges a 5.25% (FIVE POINT TWO FIVE PERCENT) load.  On top of that it has a 2.08% fee and expense ratio.  This is insane when you could get the same or better performance from SPY which has a 0.09% expense ratio.  Under the new laws, it will be an abject violation for any advisor to put you in MUOIX Class A over SPY.  If an advisor does, he or she is doing so for the sole purpose of screwing his customer by selling a high fee product over a substitute that is cheaper with the same or better performance.  If the Fiduciary Rule is not followed, the advisor could, and SHOULD be sued.  (As an attorney that defends businesses, I almost never advocate for suing a business -- but when a company is essentially lying to their customers in order to make more money off of them, go for it).

It amazes me how much this terrifies large firms and mutual fund companies.  I say good, and not only because as they lose investors I stand to gain them, but because what they have been doing for decades is simply wrong.  Your clients and customers TRUST their advisors, if they can't, the entire industry could crash.  Why use an advisor if they are going to just take every penny from you that they can?

All of this does is concretely prove what I tell all of my customers -- be very careful when using a big name advisor.  Yes, big name advisors can be great.  I have a friend that works for Edward Jones that takes this rule very seriously.  That said, he's been written up for not selling the highest cost products.  Last December he was put on probation for constructing portfolios that matched what the client wanted, instead of what Edward Jones suggested.  When he sold products with no load charges, his paycheck was reduced.  He's strongly considering simply quitting.

I also am not trying to drag all mutual funds, advisors, or hedge funds in the dirt.  There are hundreds of higher cost funds with justifiable cost.  Complex strategies, illiquid investments, hedging, options, high volume trading strategies -- all of these cost money, manpower, and time to implement and can (and often do) have a place in a portfolio.  However, high cost mutual funds that merely track what you can get from an ETF, Vanguard Fund, or other low cost products will all have to go -- and these are the bread and butter of most advisors.

I highly recommend pulling up your brokerage statement, going to google, and looking up the funds and products your advisor has placed you in.  If you are in a Class A, or other class with high front end load charges, in a mutual fund that is not really unique, fire your advisor and go get an honest one.  If you can't tell if a mutual fund can be replaced by a low cost, no load, ETF, have a third party advisor review it.  (Or call or email Lorintine Capital, cwelsh@lorintinecapital.com and/or jblom@lorintinecapital.com).

I have reviewed statements and recommended that people stay with their current advisor.  I've cried at others.  One last example -- two weeks ago a Northwestern Mutual and Edward Jones client came in.  This client had about $3m invested between the two firms.  His total return from 2010 through the present was 0.2%.  That's not annual, that's total performance net of fees.  He has averaged, between loads and fund expenses, paying 6.5% interest per year.  His $3m investment has returned $36,000 before taxes and about $24,000 after.  If he had only been paying 1% to his broker and .5% in fund expenses, he would have earned over $1m over the same period.  Instead of earning it, he paid his advisors, through fees, that many.

That's the power of compound interest and high fees.  Again to emphasize, this does NOT mean all high fee funds and products are bad.  They're only bad if they don't provide alpha, over time, higher than what they are bench marked against.

I don't know if I'll ever get over all of the complaints I've heard and read from the tens of thousands of fund salesman masquerading as advisors.  It just boggles my mind that someone can try to justify essentially stealing from their customers -- and it got me on board with at least one policy of our President.  Well done.

If you have questions about your current portfolio, please feel free to contact Lorintine Capital at anytime.