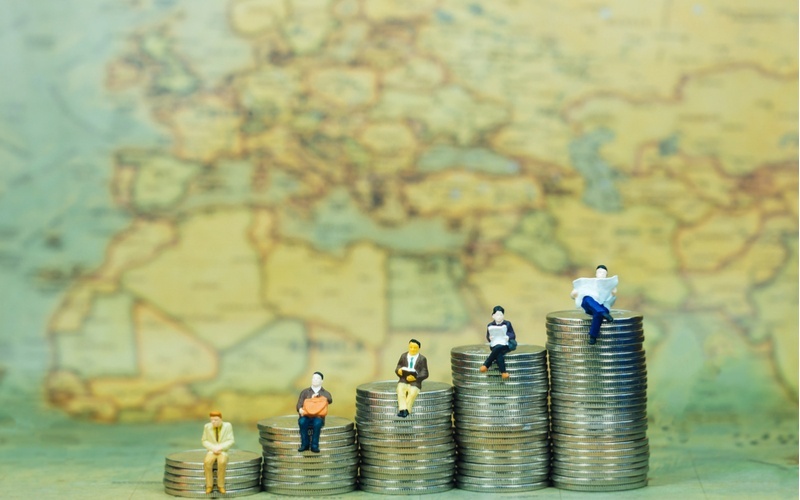 Time to address the hardest questions face to face. After years of frustration actively trading stocks, Mark started to suffer from erectile dysfunction. Frustration and stress were the size of Mount Everest, and as we all know, hot girls don't stick around for consistently losing traders.

They only cherish the boredom of the passive index follower gentleman. We can only understand.

"I spent the better part of a decade actively trading, under-performing and feeling overall miserable. I have read a lot on your site for a while and, while you have been lucky to be profitable, simply following and index, passively, still feels like a better approach to me. Why waste your time actively trading?"

It is true that stock indices, generally go up over time....not all of them may I add, but at least American ones. We have seen that over a century. There is built-in upwards pressure in the markets for several reasons: Inflation, Central Banks and Governments support, among many others. Understood. However,.... Would you have written that same sentence on September 1, 2011 with the Dow at 10,925 points after following the index, passively, since December 1, 1999?   On December 1, 1999 the Dow was priced at 11,453 points. You become a glorious index follower and 12 years later, you have nothing to show for it. In fact, you are down 4.5% after twelve years. Would you have sent me the same email in September 2011?

The markets should be up given enough time, common wisdom dictates. We know in a hundred years they will be up. But here's the thing: we don't have 100 years to invest as individuals. In our lifetimes, from the time we start accumulating disposable income, to the time we learn and decide to invest, until we retire, that may be 30 years. Nowadays, by the time the millennial kid is able to abandon his mom's basement he is thirty years old. If you're like me and want to be retired by age 40, or 45, forget it. Blindly putting yourself at the mercy of the markets for a decade is worse than playing Russian Roulette. You don't know what the market is going to do in a 10 year or even a 20 year time-frame. 1971 Dow hovering around 800 points, June 1982,...still hovering around the eight hundreds....11 years.
1965 to 1982, 17 years of misery starting and ending around the 900 point mark. 17 years. 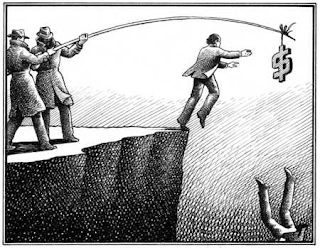 You can have fun with all the other developed nations: France, Italy, Spain, Canada, Australia. Without exception they have all had long periods of several years going nowhere.

By the way we are assuming you never bailed and you stoically endured 50% to 90% account draw-downs through the years. That is the happiest scenario for the unbreakable and super disciplined passive guy.

In fact, we can wrap it up via the Vanguard FTSE All-World ex-US ETF, symbol VEU, which, quoting from Vanguard:

"Provides a convenient way to get broad exposure across developed and emerging non-U.S. equity markets around the world."  As of this writing, VEU is up 1.06%, not this month, not last year,.....nop,....since INCEPTION.
VEU is up +1.06% since inception almost 9 years ago. In other words, a $100 investment would have grown to $101.06,.......after 9 years. Yeah, you guessed it: you are, by far, better off working at McDonald's for minimum wage. American passive index followers have had it nice in the last 5 years, but good luck praying that gospel to the rest of Planet Earth, which hasn't had it nearly as rosy and easy. At one point, the tables will turn.

Do you want to risk it with the only single life that you are given? Nobody knows what the markets are going to do next. We assume it will be higher 30 years from now, but we have no idea how it will look in ten years, not even 20 years. What if the US is unable to eventually prevent a deflationary spiral and we end up in a similar situation to Japan? Who knows?
The next argument is "taxes". "By passively investing I don't pay taxes". Well, let me tell you something about those dividends you are receiving and reinvesting: Taxes shall be paid to the King every single year. Also, at one point you want to take your gains off the market right? You don't want to be the richest man in the graveyard. You want to take your gains at some point and live the good life. Well, once you sell your beloved indexes, Uncle Sam will take a bite, as he has given you the wonderful opportunity to make a living in the Home of the Brave. Yes, long term gains pay less taxes than short term gains, I get that. But the point is, this is not a comparison of "a bunch of taxes" on one side versus "zero taxes" on the other, as many would have you believe. No, no, no. It is a matter of paying taxes in one case, and then paying less taxes, but still paying, on the other case. Also, with all the tax sheltered accounts that exist nowadays: IRAs, Roth IRAs, 401Ks, RRSP, TFSAs, etc....guess what? no taxes. It's a totally level playing field regardless of strategy. How do you like that? Next in line: commissions. I am not a proponent of super active trading. I'm the Lazy Trader after all. Over-trading may certainly become a powerful enemy due to out of control trading costs, except for the experienced trader with a very large account. When it comes to Options Trading, with 30 to 40 income option trades per year, my trading costs are well under control. By the way, you passive index follower, you do pay management fees. They are called MER. Even though you are not actively trading in and out, you are constantly penalized with a management fee and therefore guaranteed to under-perform any index you follow. In terms of investing, when I want to put money to work in a large-cap, mature, dividend growth company at reasonable valuations, I do so with my broker for this purpose (Questrade), which charges me $4.95 per trade. I invest in chunks of at least $1,500 which keeps my trading costs below 0.33%, a pretty competitive rate comparable to some of the lowest MERs out there. Do you want to use ETFs to implement a Rotation system? Countless brokers nowadays allow you to trade ETFs for free. Super cheap brokers already exist for trading Forex, Options, etc: Interactive Brokers, Options House. Even free alternatives have started to emerge: Robin Hood. Trading costs were a huge hurdle a decade ago, but commissions have been steadily declining for years, a tendency which hasn't stopped and who knows how far it will go? The last argument: "Oh, but during the whole holding period I would have purchased the index several times, cheaper on many occasions. So, at the end I end up making money even though the index is at the same level". Of course, because you are such a good timer. In all of the cases mentioned at the beginning of this article, due to the historical upside bias, had you been one of those people who periodically invest fresh capital every month, you would have been investing at higher prices the majority of the time, before the final correction took the index to where it began. Therefore, your performance is almost always worse than that of the index by the end of the period. ETF Rotation systems, or investing using Tactical Allocation techniques in different asset classes and not just stocks, while possibly using some sort of filter to avoid being invested during crashes. That's as far as I am willing to go when it comes to "passive investments" and following indexes. (I strongly suggest reading A Quantitative Approach to Tactical Asset Allocation by Meb Faber where the superiority of simple multi-asset timing models is demonstrated through back-tests going back over a century). Blindly following a market index? buy and hold it forever without questioning common wisdom? Didn't mother nature give us a brain?

How sad would it be to wake up one day in the year 2030, at age 50 and realize your index has gone nowhere? And only then, face the cruel reality that it was always in your hands to have done something different. But now, now there is just not enough time.

You don't have a shot at two 30-year investing careers. You only have one. You only get one shot.   Are you going to peacefully put yourself, your destiny, at the mercy of the markets in the one shot you have in life?

PS: The fact that most professional money managers fail to beat the S&P 500 cannot be ignored. If I were a person with zero knowledge about trading, but who wanted to be invested in the markets, yes, I would prefer to passively invest in the index itself rather than giving my money to someone who is 90% likely to under-perform and 100% guaranteed to charge me outrageous fees for his services. Thank Allah, readers of this site are traders, the occasional female secret admirer is the exception, and here, we deal with rules, not exceptions.

The article was originally published here by the Lazy Trader.